The best shows in town during Frieze New York

Our pick of the top exhibitions around the city this week

To celebrate the non-profit public art organisation’s 40th anniversary, the Indian-born British artist has brought a work from his 2015 solo show at the Palace of Versailles to New York: a 26-ft- diameter pool of spiralling dark liquid that will be installed next to the East River. The “continuously swirling mass converges in a central vortex, as if being sucked endlessly into the earth’s depths, generating physical, cultural and even political resonances”, says Nicholas Baume, the director of the Public Art Fund. “The work grows out of Kapoor’s longstanding interest in the potential of water as a sculptural medium.” 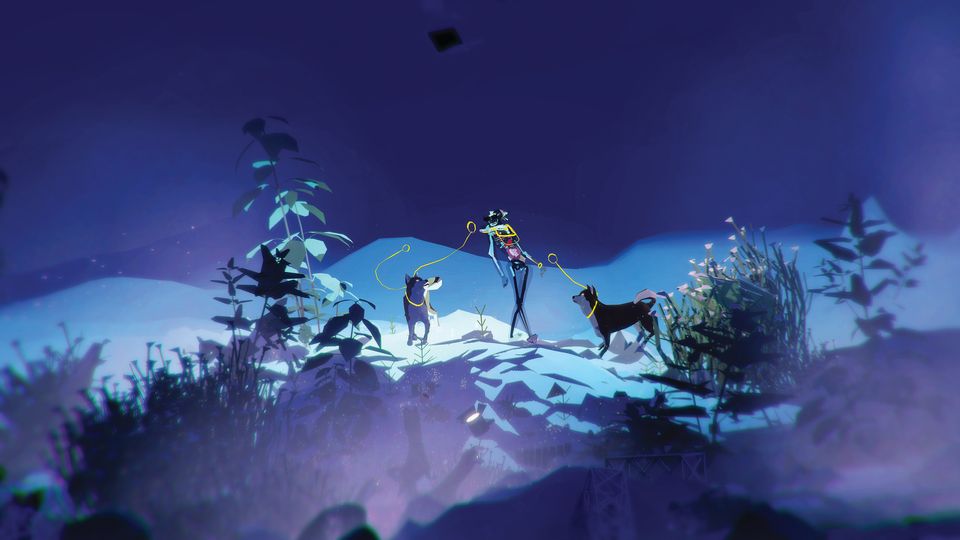 In his first solo museum presentation in the US, the American artist shows the entire series of his Emissary Trilogy (2015-17)—complex live computer simulations that he describes as “a video game that plays itself”, which the Museum of Modern Art (MoMA) recently bought. The works are shown via 10 ft-tall projections that form an immersive environment in the gallery space, allowing viewers to follow and intervene with the narrative of characters and wildlife, navigating situations such as natural disasters and elections. Throughout the exhibition, the installations will be streamed live online via Twitch, a social media platform for gamers. 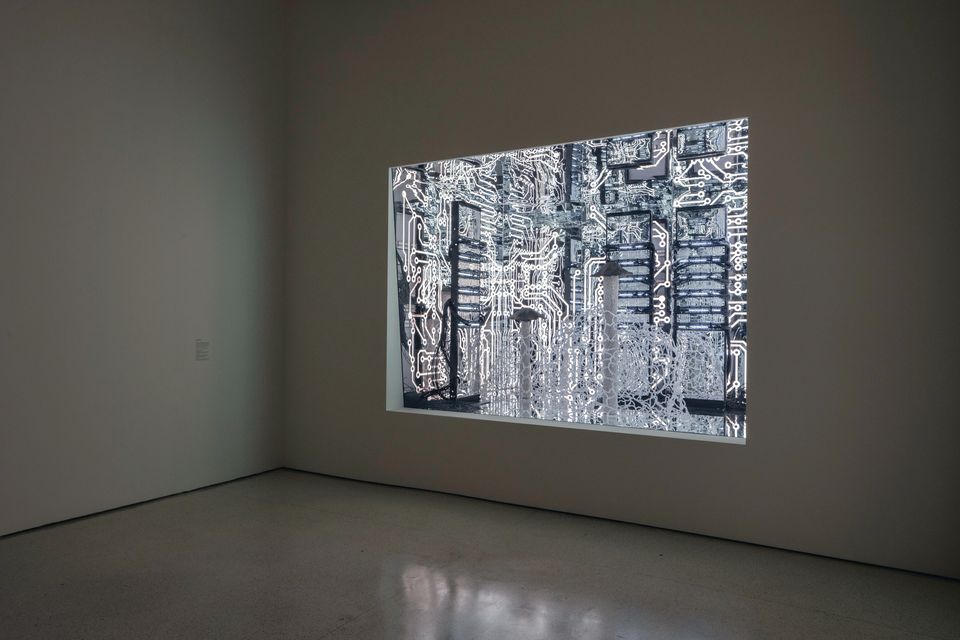 As part of the biennial art prize—in addition to the $100,000—Yi is showing an installation that includes olfactory art, a long-held interest. In this case, the central scent, named Immigrant Caucus, is based on chemical compounds drawn from Asian American women and carpenter ants. “Hopefully the installation inspires a wide and unpredictable range of responses, but one thing I think visitors might turn over in their minds after seeing the show is the way sensory perception is powerfully influenced by cultural forces and assumptions, rather than being purely biological in nature,” says the show’s curator, Katherine Brinson. Lygia Pape: a Multitude of Forms

Originally making pristine, if relatively rigid, geometric abstractions, the late artist—now one of the most important figures in Brazilian Modern art—reached artistic maturity under Brazil’s military dictatorship, from 1964 to 1985. About halfway through the show, Pape’s first career survey in the US, viewers encounter a projected video of a vast white cloth cut with holes from which dozens of smiling faces poke through. Titled Divisor (Divider), this participatory work, first staged in 1968 in Rio de Janeiro, is an encapsulation of some of Brazilian Neo-Concretism’s main claims and ambitions: to make the activation of space a political metaphor. 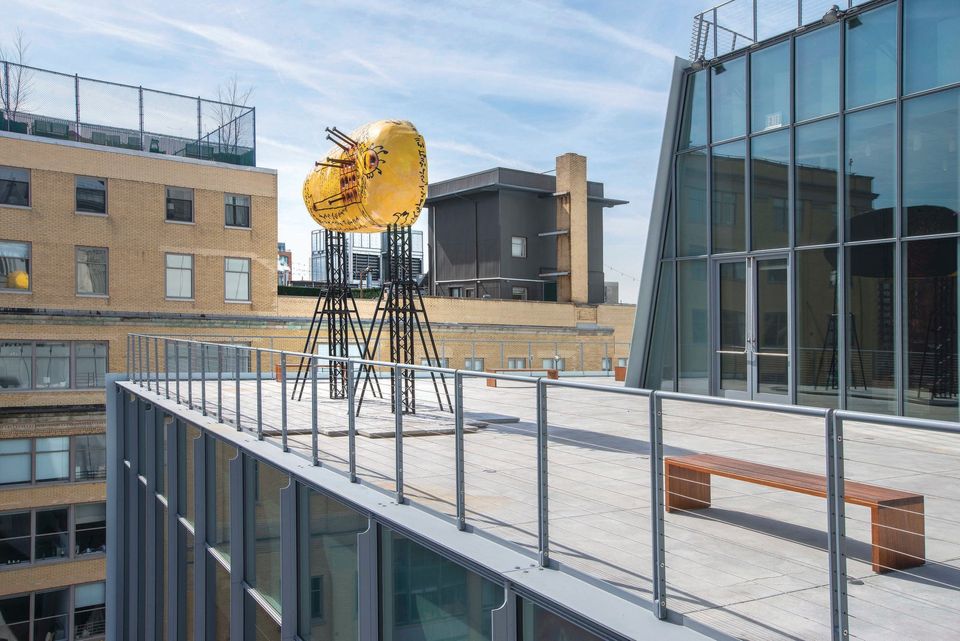 Tension, upheaval, uncertainty, disorientation: do these themes sound familiar? They are the persistent refrain of many recent biennials because they are the persistent problems of our time. The 2017 Whitney Biennial is the largest ever edition in terms of square footage, occupying around two-thirds of the museum’s exhibition space and featuring 63 artists based in the US, irrespective of original nationality. It maintains the general insistence on disorder but the tone is milder, both conceptually and formally. A wall text at the museum says the biennial “arrives at a time rife with racial tensions, economic inequities, and polarising politics,” which is true, but the sense of alarm seems sometimes like an afterthought. Rei Kawakubo/Comme des Garçons: the Art of the In-Between

The Costume Institute’s spring exhibition celebrates the Japanese avant-garde designer of the fashion house Comme des Garçons, only the second living designer to have a monographic exhibition at the museum since Yves Saint Laurent in 1983. Comprising around 150 womenswear designs dating from the house’s debut in the early 1980s to the most recent collection, the show explores previously undisclosed elements of the designer’s career (Kawakubo rarely gives interviews or discusses the concept of her collections). “Although she still rejects the label of artist for herself, preferring the epithet ‘clothes maker’, she’s begun to consider fashion as art,” says the curator Andrew Bolton, who collaborated with the designer in organising the show. Lawler presents 40 years’ worth of her work, including the project Birdcalls (1972-81), in which she chirps the names of male artists. Also on show are “adjusted to fit” pictures, edited examples of earlier works altered for specific locations. “In 2017, at a moment when the subject of truth and fake news came to the forefront of national discourse, the artist tweaked her ‘adjusted to fit’ images by adding a twisting or twirling dimension to certain works, further distorting them as a reaction to the concept of ‘alternative facts’,” says the show’s curator Roxana Marcoci. The exhibition features works by more than 40 black female artists concerned with socio-political issues. One highlight of the show is a poster for the 1972 exhibition Cookin’ & Smokin’ at the Nyumba Ya Sanaa Gallery in Harlem. The space was run by the Weusi art collective, which was conceived as a ‘brotherhood’ of mostly black men. The collaboration “was indicative of the women’s close relationship with their male counterparts in the Black Arts Movement, in contrast to the distant relationship with their white female counterparts in the mainstream feminist movement”, says Rujeko Hockley, who co-organised the show.