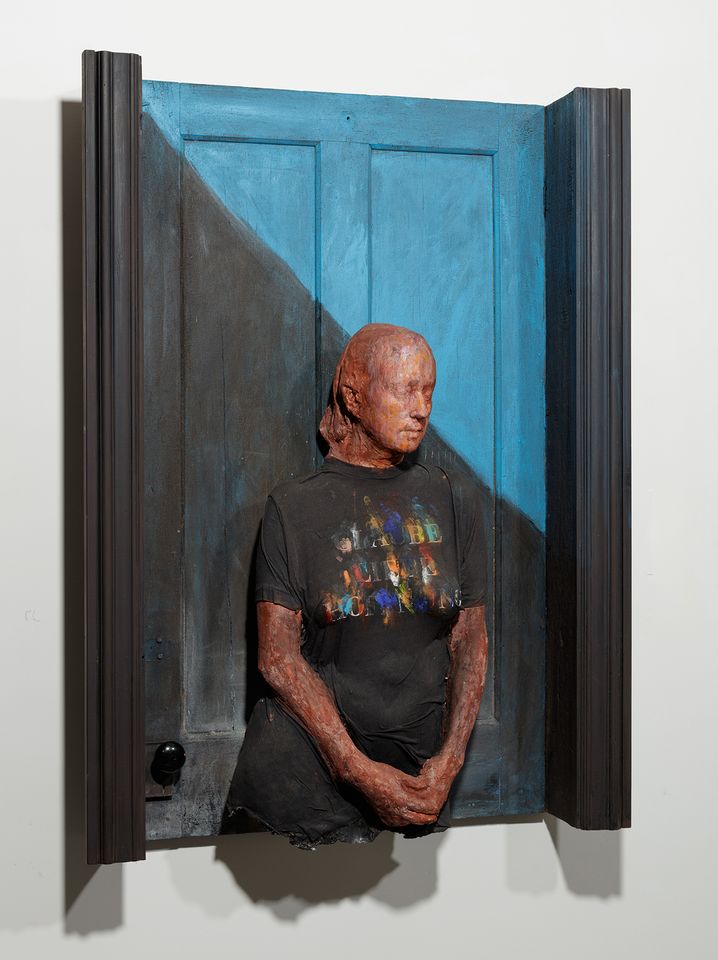 When the New Jersey-based George and Helen Segal Foundation, named for the late US artist and his wife, recently gave the Boca Raton Museum of Art seven works, it came with an extra gift: personal stories behind the pieces from their daughter Rena, now the president of the foundation. This gift encompasses two sculptures, which have travelled internationally to locations including the State Hermitage Museum in St Petersburg and the Champs-Elysées in Paris, and five drawings that have rarely been shown.

Rena Segal says that her father made the freestanding, 8 ft tall sculpture Woman Walking Under Scaffold (1989), centred around a bronze figure, after “a vision he experienced inside one of the pyramids of Egypt”. He asked the model, Rena Segal’s friend Gretchen, to pose in a similar stance of Egyptian sculptures and hieroglyphics from Giza. “He liked to say she ‘walked like an Egyptian,’ singing this phrase around the house in the style of the popular 1980s song [by the Bangles] of that same time,” she said in a statement.

“Gretchen passed away years ago, and when her family [based in Florida] learned that this sculpture would find a home in Florida, they were very happy because she would not be too far away from them,” Segal said. “They’re comforted in knowing they can ‘visit’ her by travelling nearby to the Boca Raton Museum of Art.”

“The Woman Walking Under Scaffold is never alone, she seems to be always luring museum visitors to walk along with her,” says the museum’s executive director, Irvin Lippman. “Whenever people are around her, she draws them in for group photos and selfies.” The sculpture has been installed outside the museum, which was recently given a major $1.8m revamp of its building exterior and sculpture garden in the first phase of a renovation project. 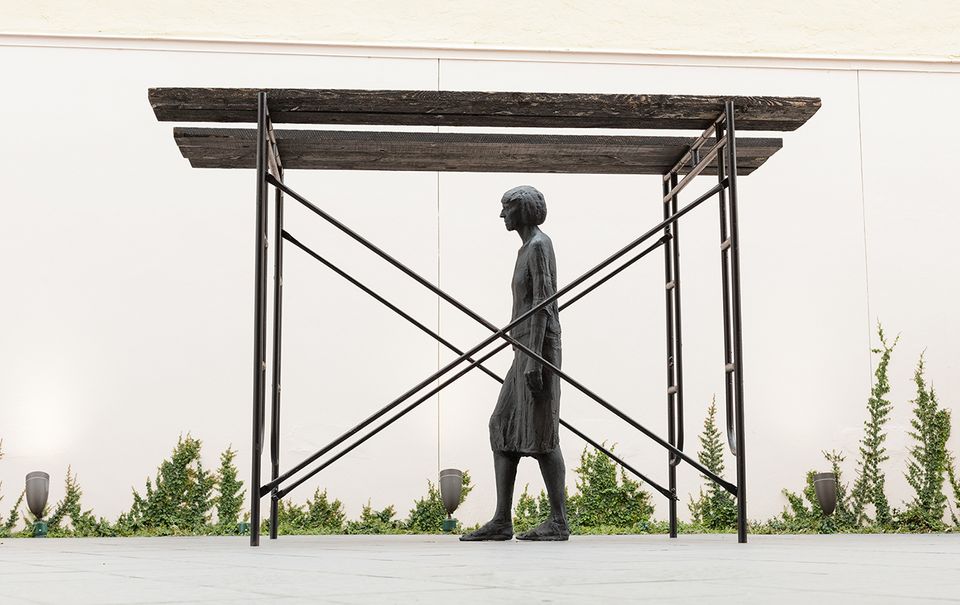 The second sculpture, Woman in Black T-Shirt (1990), is a wall relief installed inside the museum’s Modern and contemporary art gallery. “I remember that the model for this sculpture was the girlfriend of one of my father’s friends,” Rena Segal said. She recalls that her father “loved to work with found objects”, and that the background of the relief, a repurposed doorway, was from a building in New Brunswick, New Jersey—the artist’s home town—that was torn down.

“We’ve noticed that both sculptures have a somewhat haunting effect on people,” Lippman says. “The sculptures compel people to examine them more closely. They are engaging our museum visitors and we notice that people always stop to look at them more closely and really take time to pause and reflect in front of these works by Segal.”

Of the five drawings, Rena Segal recalls that the fruit for the pastel drawing Five Apples Four Peaches was also cast for his Cézanne Still Lifes sculpture series, while the drawing of her mother, Helen in Restaurant, is set in a New Jersey diner. The museum plans to show the drawings for the opening of the museum’s new season this fall, or in 2020.