The artists El Anatsui, Tavares Strachan, Mimi Cherono Ng’ok, Park MacArthur and many others will participate in the longstanding contemporary art show 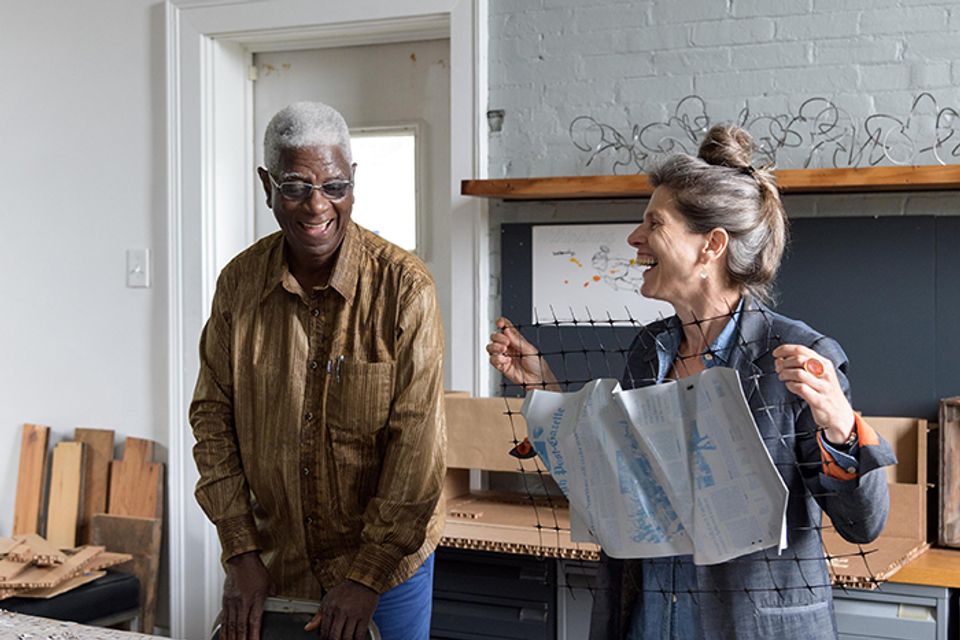 The Carnegie Museum of Pittsburgh, Pennsylvania has announced four site-specific projects and commissions slated for the 57th edition of the Carnegie International show, which will include the work of 32 contemporary artists and art collectives. The show aims to draw connections between “spaces, programmes, hubs, archives, people, artists, curators, writers [and] gallerists, [exploring] how these expanding linkages—across place and time, backwards, forwards, sideways, curly [and] askew—is one of the things that defines the contemporary”, says Ingrid Schaffner, the curator of the exhibition.

Among the highlights revealed today (1 August), the museum has tapped the Ghanian artist El Anatsui to create a monolithic installation that will span the façade of the 160 ft. wide building. Anatsui has been working with the US sculptor Dee Briggs on the installation, made of the artist’s signature wired liquor bottle caps, as well as printing plates that are being sourced locally. “Since [Anatsui and Briggs] connected here this spring they have been in constant communication—speaking their common language of sculpture—to realise this monumental work with a local crew, who are working parallel to Anatsui’s crew in Nsukka, fabricating an element of the piece that will be shipped from Nigeria,” Schaffner says.

The New York-based artist Park McArthur will greet visitors with ambient sounds mixed from the hum of a Norwegian quarry of Larvikite, the museum’s building material. “This [edition] uses the Carnegie Museum as a site, history and material, starting with the skin and stone of the architecture itself,” Schaffner says.

The Bahamian photographer Tavares Strachan will show his ongoing work Encyclopedia of Invisibility that documents people and things excluded from the tradition canons, such as a slave artist and a Catalan insurrectionist. Inside, the Kenyan photographer Mimi Cherono Ng’ok will show a series of photographs that she calls an “emotional cartography” from her travels around the world, particularly Africa. More projects and public programmes will be announced ahead of the exhibition opening on 13 October (until 25 March 2019).

“The most rewarding work of the International is seeing the curatorial framework come alive with the work, energy, voices and support of its participants,” Schaffner says. “Right now, there are the artists, the writers, the lenders, the funders—Friends of the Carnegie International raised over $3m—the curatorial team and colleagues across the museum. And soon there will be the visitors who bring the creative work of interpretation—and museum joy—to the International.”