Humboldt Forum: the empire strikes back­? 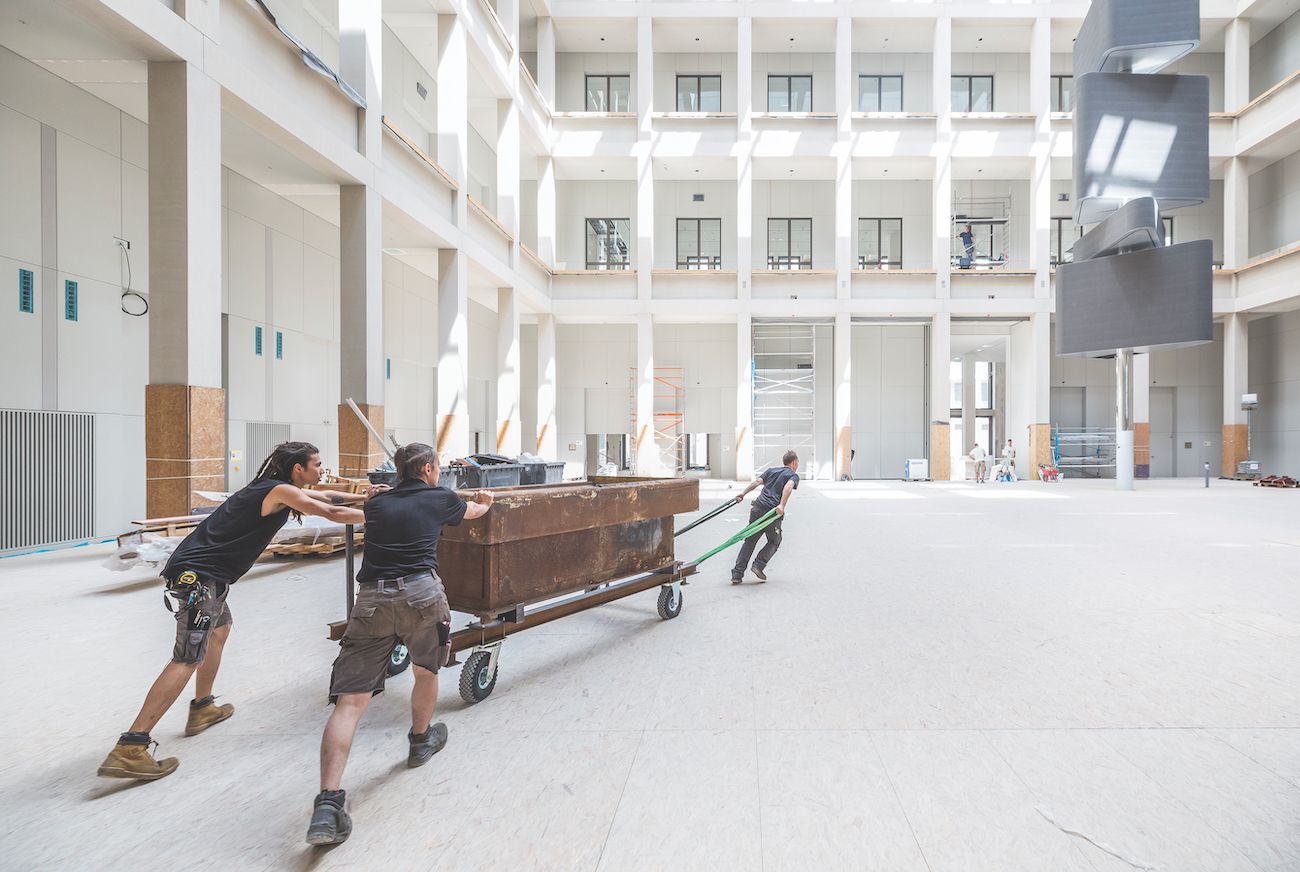 The idea for the Humboldt Forum was first mooted in 2002 and work on the €677m project, designed by Franco Stella, began in 2013 David von Becker

The end of 2020 brings the long-awaited openings of two important new institutions in Berlin. One is the airport, which opened nine years late and around €4bn over budget on 31 October after a catastrophic string of technical and planning mistakes. The second is the Humboldt Forum, which was due to open on 17 December in a partial reconstruction of the Prussian royal palace in the heart of the city. Due to the extension of Germany's coronavirus lockdown, the opening will be live-streamed with views of the inside of the building and its exhibitions from 7pm on 16 December instead.

The vintage 1990s décor and fittings of the newly opened airport have invited much ridicule in the press. In the case of the Humboldt Forum (for which construction delays were negligible in comparison), it is the concept that already appears outdated at its inauguration.

Described by Culture Minister Monika Grütters as “the calling card of the nation”, the Humboldt Forum is envisaged as Berlin’s answer to the Louvre. Located across from Museum Island, which houses the city’s European collections, it was conceived as a showcase for the city’s vast non-European collections and a focal point for diversity and cultural exchange. 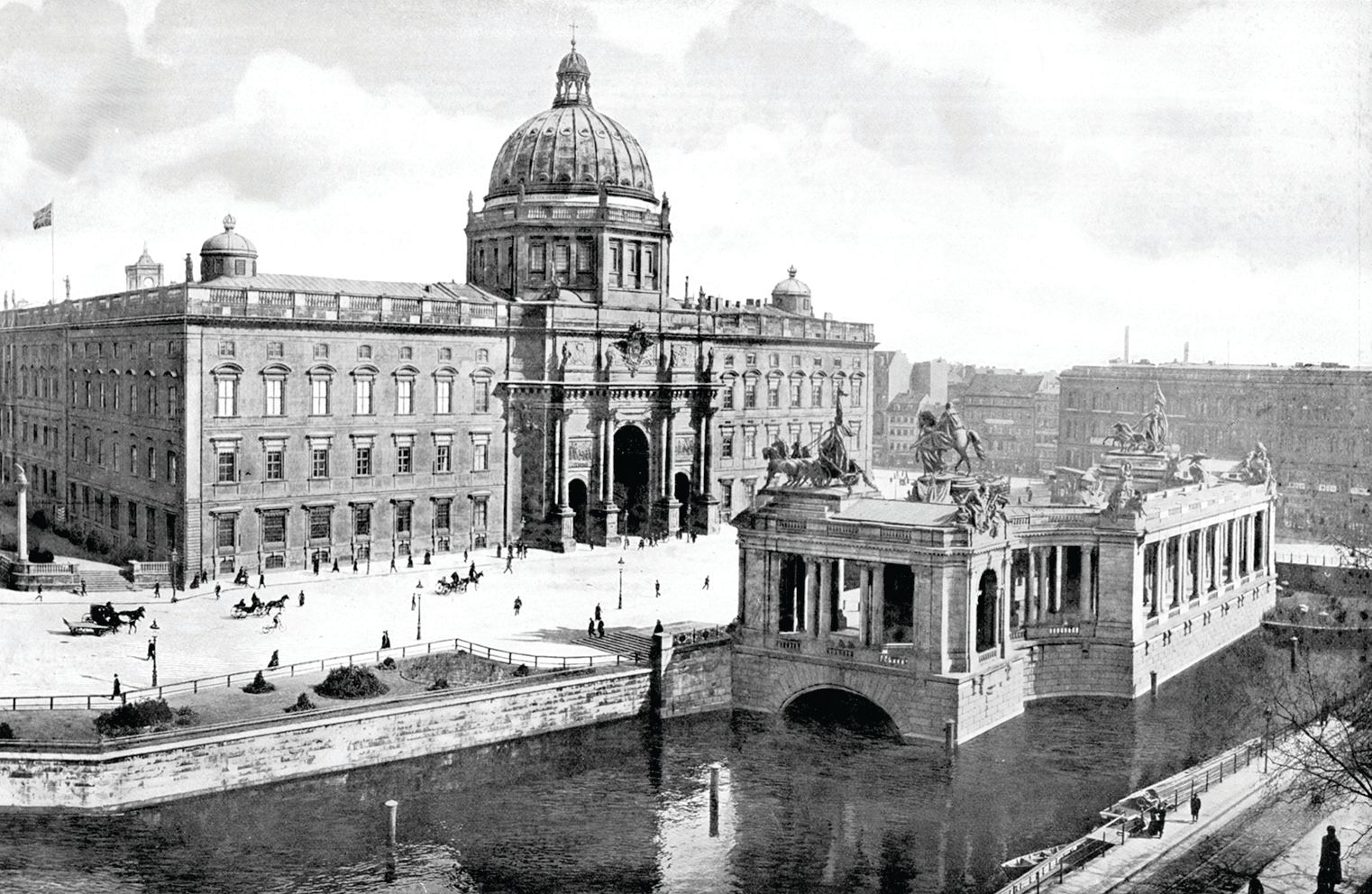 But at a time when museums of world culture are under pressure to “decolonise,” the prospect of ethnographic exhibitions on view in a partial reconstruction of the German imperial palace is jarring. This was, after all, the building where Kaiser Wilhelm II resided as his troops committed genocide against the Herero and Nama people in Namibia and brutally suppressed the Maji Maji uprising in Tanzania in the first decade of the 20th century. And they plundered some of the treasures in collections to go on show in the new Humboldt Forum.

Add to that the appointment of four white men to lead the establishment, and this does not look like the brave new world view that Germany could and should project. Rather, the initial impression is that the empire is striking back in the national cultural memory. The royal palace was demolished by the East German government in 1950: it had been gone more than five decades before the reconstruction began.

The new building’s Italian architect, Franco Stella, describes the Humboldt Forum as a “new interpretation” that combines “new and old”. But from the outside, the old wins: the original Baroque façades have been carefully recreated on three sides; only one façade, overlooking the River Spree, is modern. The western portal is crowned by a dome topped with a gilded cross. As Berlin Culture Senator Klaus Lederer said, the cross “contradicts just about everything that we wanted from the Humboldt Forum—to show how ambivalent, intertwined, broad and deep our roots are”.

Why would modern Germany, a successful and culturally rich nation whose leaders have welcomed immigrants and embraced diversity, look back more than 100 years to celebrate an era of domination, prejudice and violence, whose mindset led it into two world wars and crimes of unequalled brutality?

As is the case with the airport’s much-derided 1990s walnut panelling, the answer lies in the time in which decisions were made. There is little doubt that if the nation were to decide now what to do with the land and where to house Berlin’s ethnographic and Asian art collections, the answer would not be to reconstruct the royal palace.

But parliament’s decision to rebuild it dates back to 2002—a time when Germany was reclaiming its identity after 45 years of division. Berlin, which only regained its status as the seat of government in 1999, was reinventing itself as the nation’s capital. This stretch of land, on which the East German Palace of the Republic was slowly being stripped to the bone, was frequently described as an “open wound”. The decision to rebuild the palace was controversial, but unquestionably democratic. 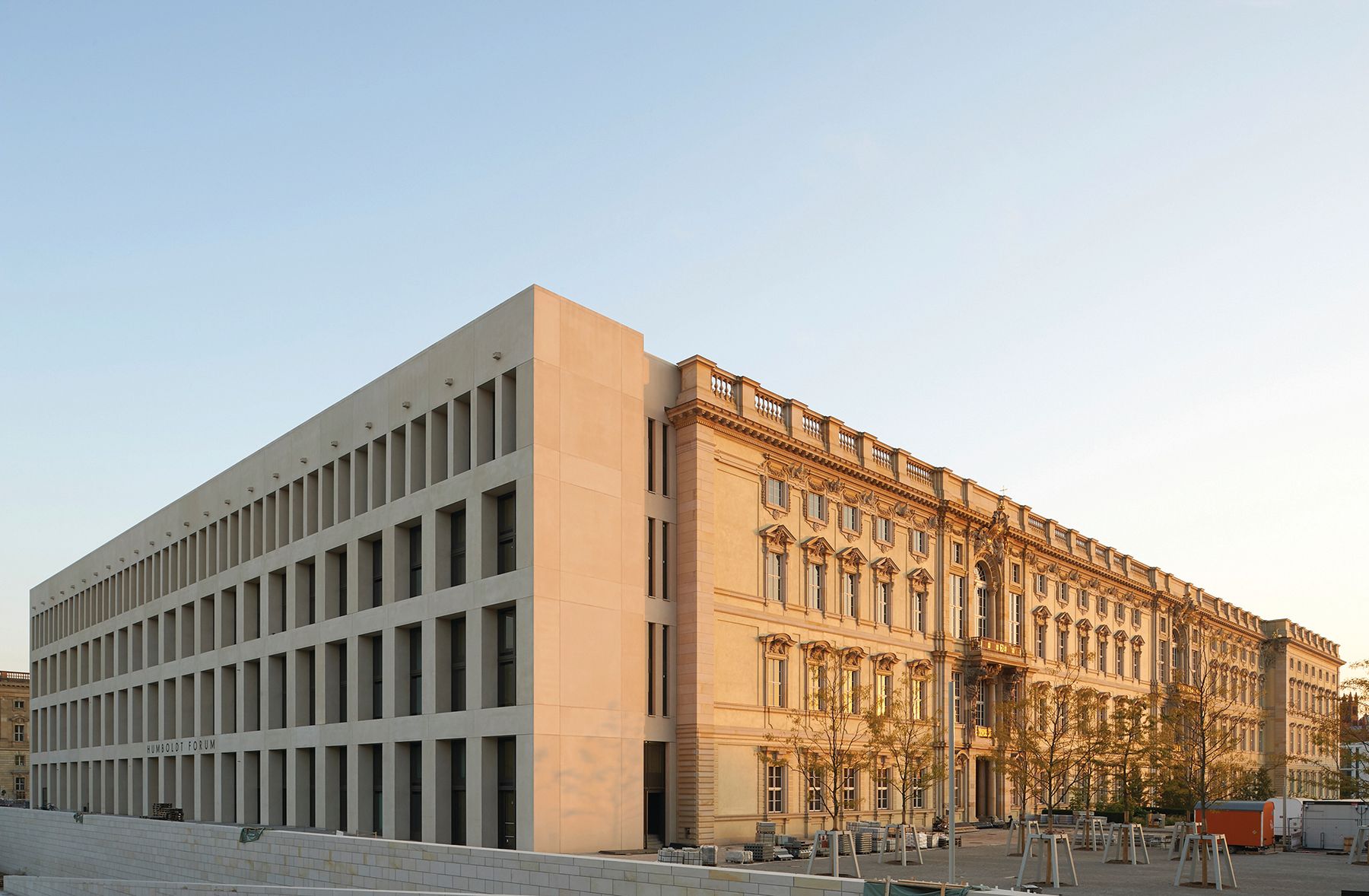 The museum’s architect has recreated the original façades on three sides of the building, with a modern design facing the River Spree Giuliani/Von Giese

At that time, broad debate over confronting the crimes of the colonial era was not yet underway. “The political establishment had not got to that point,” says Viola König, who was the director of Berlin’s Ethnological Museum until 2017. While König began to address the museum’s colonial history in the early 2000s, she says “the zeitgeist has to be with you for you to be able to shout it out”.

It was only in 2018 that Grütters described Germany’s colonial history as “a blind spot” in the national commitment to come to terms with its past. By then, the Humboldt Forum was nearing completion.

Hartmut Dorgerloh, the director of the Humboldt Forum, has said provenance is top priority for the new museum. “We are working with the communities of origin, with international experts and with a critical public to consciously address this subject,” he said in a 2018 interview. The team of international expert advisors includes the Kenyan archaeologist George Abungu, the Indian art historian Jyotindra Jain and Chor-Lin Lee, the former director of the National Museum of Singapore.

But the building is a product of the “blind spot” that was diagnosed too late to undo the damage. It is a relic of not one but two bygone eras: the imperial past, and the post-unification quest for a national identity. 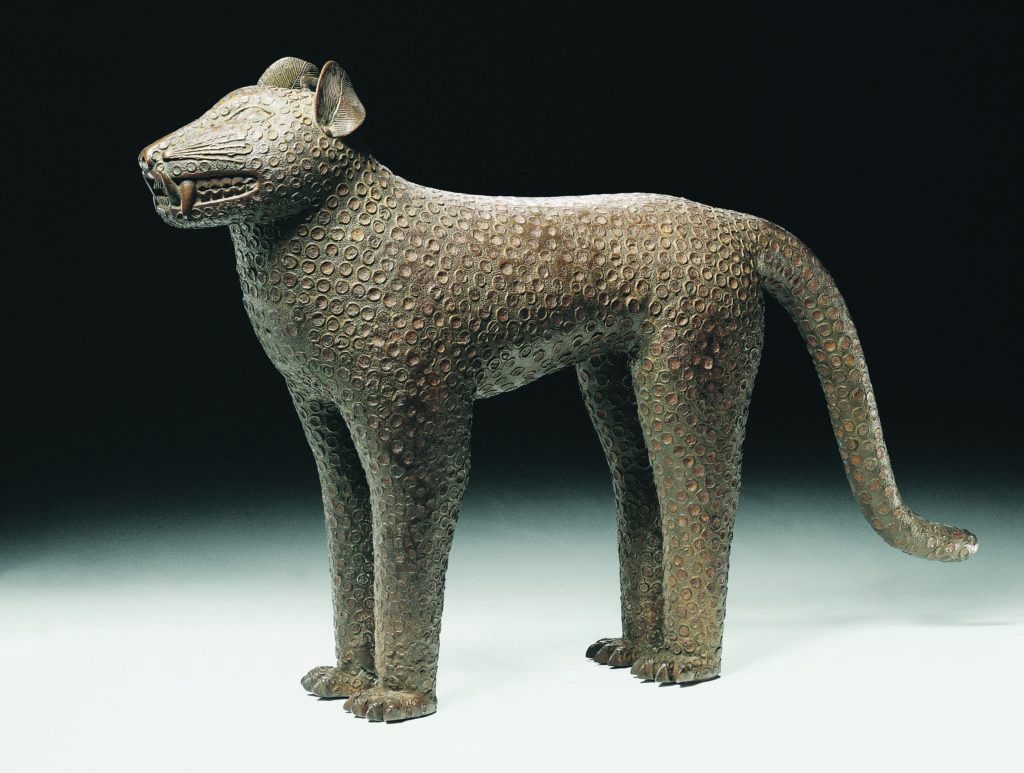 about 12 hours ago
'All clear': Tracey Emin says she is finally free of cancer