The future may be virtual, but who is running the show?

With VR going mainstream, legal questions about copyright and authorship are coming to the fore 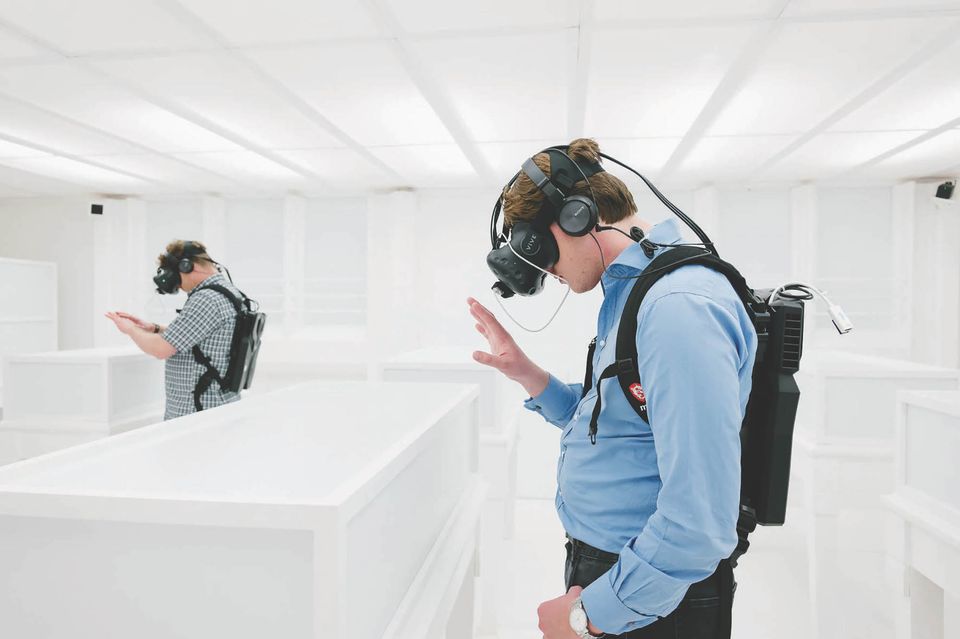 Virtual reality (VR) art is no longer the preserve of geeky coders. Artists such as Paul McCarthy, Marina Abramovic and Jeff Koons are beginning to create work using the technology, and start-up technology firms are springing up in the race to distribute and sell them. But as collectors begin to circle and prices rise, several legal and ethical questions are being raised, including who owns the art, how do you protect your work, and who has the right to place art in virtual public places?

“The biggest change with this medium is that the artist is no longer the single creative source. They are now part of a larger system that’s owned by multiple parties,” says Katherine Lewis, a lawyer in the field at Meister Seelig & Fein in New York. One of the first companies to not only commission and produce but also sell VR works is Acute Art. The ­London-based firm is launching its virtual gallery this month with a new piece by Olafur Eliasson, Rainbow, which simulates the natural phenomenon. The work will be available via membership to the gallery, priced at $9.99 monthly and $29.99 annually. Members must provide their own VR headsets.

Works by Abramovic, Koons, Anish Kapoor, Nathalie Djurberg, Antony Gormley and Mat Collishaw will be unveiled in the coming months, says Dado Valentic, the chief creative technologist at Acute Art. Some of the works, for example Eliasson’s Rainbow, are owned jointly between the artist and Acute Art. For the Danish-Icelandic artist, who employs several programmers in his own studio, collaboration is key. “I’m interested in showing my work on various platforms but it’s important that it’s accessible. The medium is evolving so fast I am reluctant to look to one solution,” Eliasson says.

The number of players involved in creating VR works, from coders and programmers to designers, can complicate copyright issues. “It gets back to the age-old question of what is art?” Lewis says. “Some developers may not feel that what they’re producing is art. They might understand that they are working on behalf of an artist to execute their creative vision.” For others, however, their code is their art. “For some programmers, writing code is more than just technical; it’s an art form,” says Ed Winkleman, the art dealer and co-founder of Moving Image art fair. “They are making these technologies do things that no one ever thought to make them do. It’s the coding parallel to taking a urinal, putting it on a plinth and calling it a sculpture.”

But copyrighting code can be complex—and undesirable for artists. “Software source code can be copyrighted as a literary work, plus the aesthetic form that results from the source code is another layer of protectable work,” Lewis explains. “What is more, some developers are hesitant to register their source code with the copyright office because it then becomes public record, which is like giving away your trade secrets.”

Khora Contemporary, a VR production company launched at the Venice Biennale this year, offers a different model to Acute Art. The Copenhagen-based firm commissions and produces works in partnership with the artist and their gallery, the last being responsible for sales. McCarthy, Christian Lemmerz, Tony Oursler, Erik Parker and Yu Hong have all created works, which are priced between $15,000 and $300,000 (for the McCarthy piece, which is available through Hauser & Wirth and Xavier Hufkens).Production costs range from $15,000 to $50,000, depending on the hours of programming involved, and are currently footed entirely by Khora Contemporary. “We do, however, encourage galleries and institutions or private collectors to co-invest in our future productions,” says Masha Sabsay, a partner at the company.

The art market is only now beginning to adjust to VR, according to fellow partner Sandra Nedvetskaia. Indeed, the company is yet to make its first sale, but that could soon change. The Beijing gallery Long March Space is due to show the work Hong made with Khora Contemporary, She’s already gone (2017), at Art Basel in Hong Kong next spring. Legal questions about ownership of virtual public spaces were thrown into sharp relief in October when Snapchat partnered with Koons to allow users to project his balloon sculptures in ­specific sites around the world using augmented reality (AR). In protest against an “augmented reality corporate invasion”, the artist Sebastian Errazuriz “graffiti-bombed” one of the works and placed it in the same geotagged location in Central Park as the Snapchat version.

“If we don’t start talking about this now, it could quickly mutate so that these platforms, which are already monopolies, take over the virtual public space,” Errazuriz says. “There is no legislation in the virtual world; Red Bull could place adverts in every single kindergarten in the US or Coca-Cola could project an advert onto Buckingham Palace.” Errazuriz warns against multinational corporations deciding what art people should see. “It is not galleries or museums who are providing these platforms, but corporations that are distributing this art,” he says.

Other ethical considerations are being raised by VR works such as Jordan Wolfson’s Real Violence (2017), which shows a man being beaten with a baseball bat on a New York street.

“Medically, there’s a lot of unknowns about what the brain interprets as real and how that real experience affects you physically,” Lewis says. “If you have someone returning from the military with post-traumatic stress disorder and they watch Wolfson’s Real Violence, and suffer emotional distress from that, then that’s another question entirely.”

When the work was shown at the Whitney Biennial this year, it came with a trigger warning and an age restriction. Lewis advises: “Waivers would be a good idea for any VR experience, particularly if the experience is highly transformative or emotional and especially at this early stage of the medium’s development.”

To date, there have been few legal cases involving VR art, but these issues are being “actively discussed”, Lewis says. “It is only in recent years that bigger-name artists have become involved in VR and AR. Until now there has not been a lot of money in it,” she says. “This will probably change as there are a lot of software companies and artists who are trying to monetise the medium, so we can expect to see cases in the future.”

New Jersey-based Manzione is one of the founding members of ManifestAR, an international artists’ collective working with emerging forms of augmented reality (AR). He is one of several AR artists collaborating with the sculptor Michael Rees in an exhibition opening next year at Grounds for Sculpture in Trenton, New Jersey. The show is organised by Moving Image in conjunction with the non-profit studio Eyebeam. Prices for Manzione’s work range from $6,000 to $8,000, not including equipment.

Shalenny trained as an architect in his native Ukraine but has been working as a mixed-media artist since 2011. The same year he received the Public Choice Prize from the Pinchuk Art Centre and in 2015 he won the Best Installation Prize, ArtVilnius’15, Lithuania. He is currently working on a piece in conjunction with Khora Contemporary called The Bridge, which mixes VR, watercolour and sculpture. Bridges are a recurring theme in the artist’s work, which he sees as a way of escaping the ongoing political crisis in the Ukraine.

Anne de Vries was one of the stars of Nausea, the VR exhibition on show recently at the Zabludowicz Collection pop-up shop in London. The Dutch-born artist’s work focuses on how technologies shape our perception and experience of the world. As he puts it: “What interests me is how digital technologies are ultimately rooted in the human need to overcome physical and mental limitations. This is an ancient quest in which science, art and the spiritual are bound up together, a quest that has produced the manipulated reality of our day and of the future.”