The Getty, the world’s richest museum, hunts for wealthy patrons 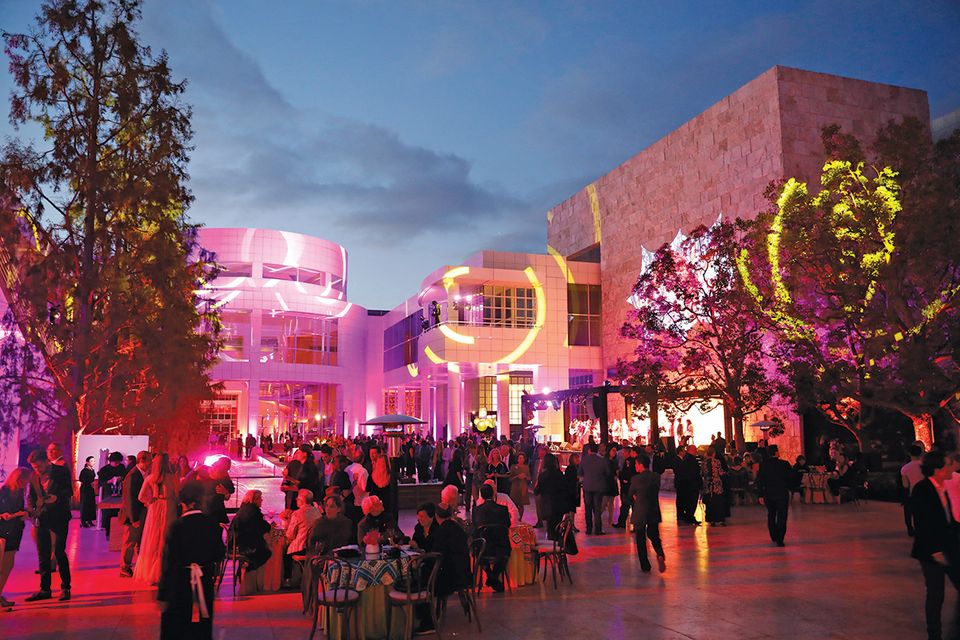 The opening of the Pacific Standard Time: LA/LA festival at the Getty Museum in September 2017 Courtesy of the Getty Center; photo: Ryan Miller/Capture Imaging

Backed by the endowment of the J. Paul Getty Trust, which reached a record high of $6.9bn in 2017, the Getty easily ranks as the richest museum in the world. The related foundation is in the business of giving money away, from programming grants for the Pacific Standard Time: LA/LA festival to conservation funding. Yet the Getty recently joined the fundraising fray and began to solicit annual financial donations from individual patrons.

Maria Hummer-Tuttle and Joanne Kozberg, the respective chairs of the board of trustees and the patrons programme, sent potential donors a letter in December, just in time for tax-deductible gifts in 2017, that said: “We often say that the Getty can do anything, but it cannot do everything.” The letter invited supporters to “join with us in special initiatives that can raise the Getty to new heights”, especially education programmes and exhibitions.

The patrons plan has different levels, ranging from a “friend” ($1,000 a year) who can attend one exhibition opening with a guest, to a “partner” ($25,000 a year), who is invited to all openings and can reserve the private dining room at the Getty Center, up to a “benefactor” ($50,000 a year) who enjoys all of the above plus VIP top-of-hill parking.

The initiative started officially last spring, but December’s letter prompted questions from local museums professionals and experts. At a time when other museums are increasing their admission fees and struggling to raise money, is the Getty cutting into a much-needed source of funding?

“From the viewpoint of a philanthropy adviser, it’s better that donors have more opportunities,” says Scott Stover, the president of the Los Angeles-based firm Global Art Development, which advises cultural foundations. “But if I were working at a major museum here, such as Lacma, I would be pretty angry. There are limited funds, and it continues to be a very competitive environment.”

Lacma is still $200m short of its $650m fundraising target for a planned campus transformation by the architect Peter Zumthor. But a spokeswoman for the museum says it is not worried by the Getty’s fundraising activities. “All museums flourish through the support of their donor base—it can only be a good thing that other institutions grow their patron programmes.”

The president of the Getty Trust, James Cuno, says: “It’s not our intention to compete [with other Los Angeles museums] and it’s not the case that we have. We are not aggressively going after members of the boards at the Hammer or Lacma, for example.”

Beyond raising money, the Getty’s patrons initiative has other goals, Cuno says, such as fostering deeper and more dynamic relationships with the local community. “This makes us more entrepreneurial, more creative and more engaging. When you have your own resources and you don’t need other people, you remain set in your ways.”

Cuno has also expanded the institution’s range of support groups, which before his arrival in 2011 focused on paintings, photographs, the Getty Villa and the Getty Research Institute. New additions, each with annual dues, include the Getty Conservation Institute Council, the Museum Director’s Council, the President’s International Council and a drawings council.

The patrons programme is intended to complement the councils and is “pitched to a level that allows many more people to join”, Cuno says. It also responds to popular demand: “We regularly receive requests to join the Friends of the Getty, and we had to say that we don’t have a Friends of the Getty.”

The collector Mihail Lari, a member of the board of overseers at the Hammer Museum, says he understands the Getty’s thinking. He was so impressed by its Robert Mapplethorpe exhibition in 2016 that he sought to write a cheque for the museum, but there was no clear way to do so.

“Harvard has a $35.6bn endowment, yet many alumni continue to give significant donations, recently over $1bn annually,” Lari says. “So why not the Getty?” He notes, however, the inherent problem of fundraising for a well-endowed institution. “Many [Harvard] alumni only make a token or no contribution because there are so many other institutions that need our support more. That’s going to be the Getty’s challenge.”