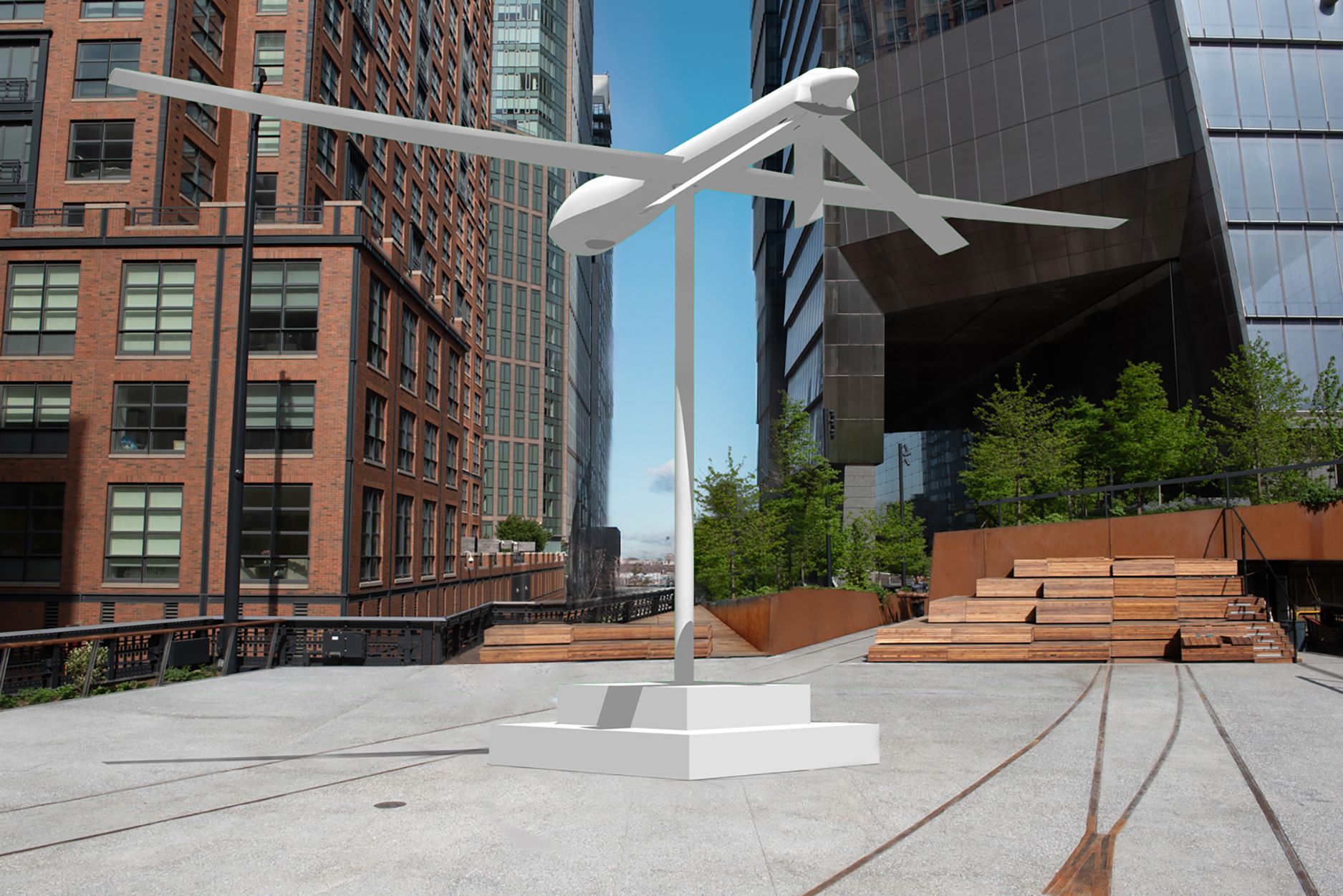 The non-profit organisation High Line Art, which commissions public art projects on and around the elevated park in Chelsea, will unveil Sam Durant’s Untitled (Drone) next month, a fiberglass kinetic sculpture resembling a drone that will be installed on an imposing 25ft-tall steel pole on the High Line.

Durant says the work addresses concerns around federal surveillance and warfare in the US, and that it considers how the US is typically far removed from most of the wars and conflicts that it is involved in. “The drones seem to symbolise things being done in other faraway places,” he says.

The Seattle-born, Berlin-based multimedia artist is best-known for his research-based works that address difficult facets of US history. His last public commission Scaffold (2017) recreated gallows used throughout history, including one built by the US Army in 1862 to hang 38 Dakota men in Minnesota. The work drew criticism from Indigenous leaders when it was installed at the Walker Art Center’s Minneapolis Sculpture Garden, and was later dismantled amid heightened protests.

The High Line plans to offer extensive public programming to contextualise Durant’s commission, which will be announced in the coming weeks. The work will be on view on the High Line at the Spur between 30th Street and 10th Avenue on Manhattan's far west side.

In an interview with The Art Newspaper last summer, Cecilia Alemani, the director and chief curator of High Line Art, said the organisation would ask the public to vet proposals for future “plinth commissions”, which remain on view for 18 months. Public art had gained “a greater responsibility to act as a catalyst for meaningful conversations about our society at large” amid the nationwide protests around art and monuments in the public space, she said.