The irresistible rise of Light and Space

Once overlooked as regional artists, West Coast pioneers have emerged from the shadows since the first edition of Pacific Standard Time in 2011 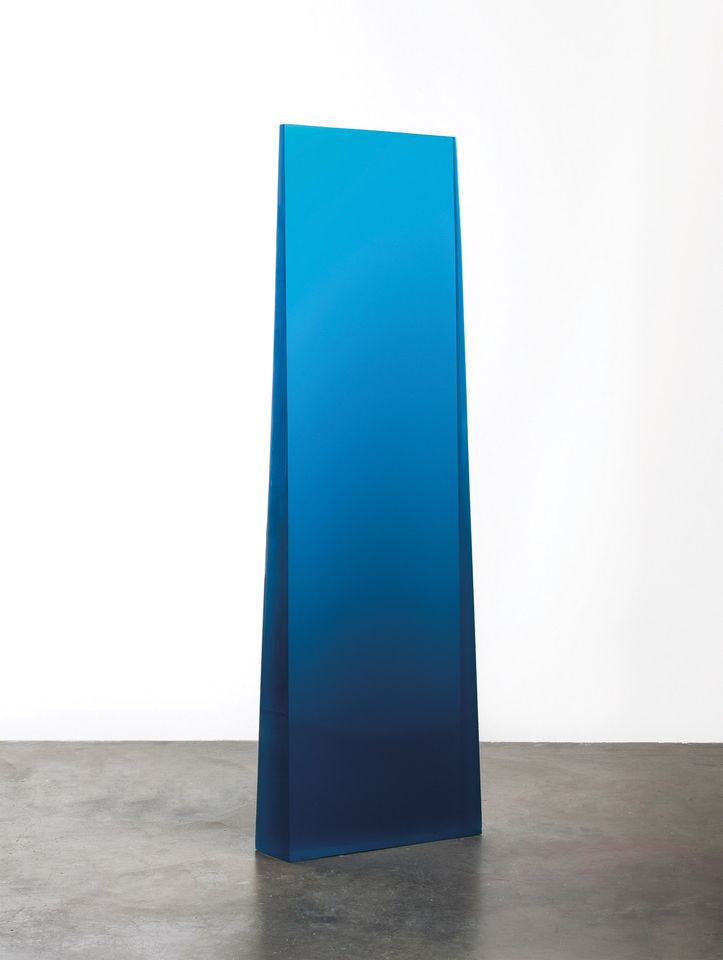 DeWain Valentine’s Blue Slab is like a pillar to everything postwar California was about: slick, bright, breezily cool. When the 1970 sculpture fetched $175,000 at Los Angeles Modern Auctions (Lama) in March 2015, well above its estimate of $30,000 to $50,000, it also became a signpost in the market rise for the group of so-called Light and Space artists, of which Valentine was a part. Since then he has been shown at David Zwirner in New York, while his gallery, Almine Rech, mounted a successful solo booth at Frieze Masters in London in 2015.

“Now everybody is very comfortable with the fact that it’s going to cost you between $200,000 and $500,000 to get an extraordinary work of his,” says Peter Loughrey, founding director of Lama. “And,” adds Loughrey, “we sold that one [Blue Slab] to Europe.”

When Lama started out 25 years ago, Loughrey’s buyers all lived within a five-mile radius of its Van Nuys, California, headquarters. Today, the situation is vastly different. Art history’s New York prejudices have relaxed, and the internet and global art fairs have obliterated the isolation Los Angeles’s art scene knew in the 1960s to 1980s. International buyers are energetically competing with locals in the marketplace, jostling prices up.

In the past two years, Lama, which will hold its 25th anniversary sale on 22 October, has established records for Valentine, Mary Corse and Peter Alexander. Despite volatility in the market, prices for Light and Space works of art have either climbed or remained relatively stable; and they are expected to rise further as contemporary art buyers bolster their collections with safe, historical work. Lama’s auction features work by Valentine and Corse, but also Helen Pashgian, whose works in the sale are estimated in the $3,000 to $5,000 range.

“You want to see that an artist is the real deal,” says Tim Schneider, director of research at Kayne Griffin Corcoran gallery, where a survey of Corse’s work is on view until 11 November. “If they’ve been doing work that you think is legitimate for 40 or 50 years, that gives people greater confidence about buying something that is coming out now. It’s a much smarter play, frankly.”

The 2011 chapter of the Getty’s Pacific Standard Time was pivotal for educating collectors. “This did some extremely heavy lifting,” says Loughrey.

Hopes are similar for PST: LA/LA. “As awareness and knowledge grows, so should the markets,” says Bonhams’ senior director for postwar and contemporary art in Los Angeles, Sharon Squires, who inaugurated the house’s Made in California series back in 2007. The 25 October auction includes ­Mexican-American Carlos Almaraz’s 1988 canvas, Westlake Theater (est $15,000-$20,000). His paintings are currently on view at the Los Angeles County Museum of Art for PST: LA/LA.

Despite the uptick in interest—and unlike other areas of the market facing dwindling supply—insiders indicate there’s more work to uncover in local collections. As Michael Kohn of Kohn Gallery, which represents artists including Larry Bell, explains: “I don’t think we’ve exhausted our resources here by any means.”