The Los Angeles space that just kept on growing

Maccarone’s Los Angeles outpost in downtown Boyle Heights, which is due to open on 19 September, is more of a “complex” than a gallery, with around 15,000 sq. ft of outdoor space, including a sculpture garden, as well as studios for two of the gallery’s artists, Oscar Tuazon and Alex Hubbard. The inaugural show is dedicated to works by Hubbard, including paintings mounted on stretchers, which are cast in urethane to become freestanding painting/sculpture hybrids. 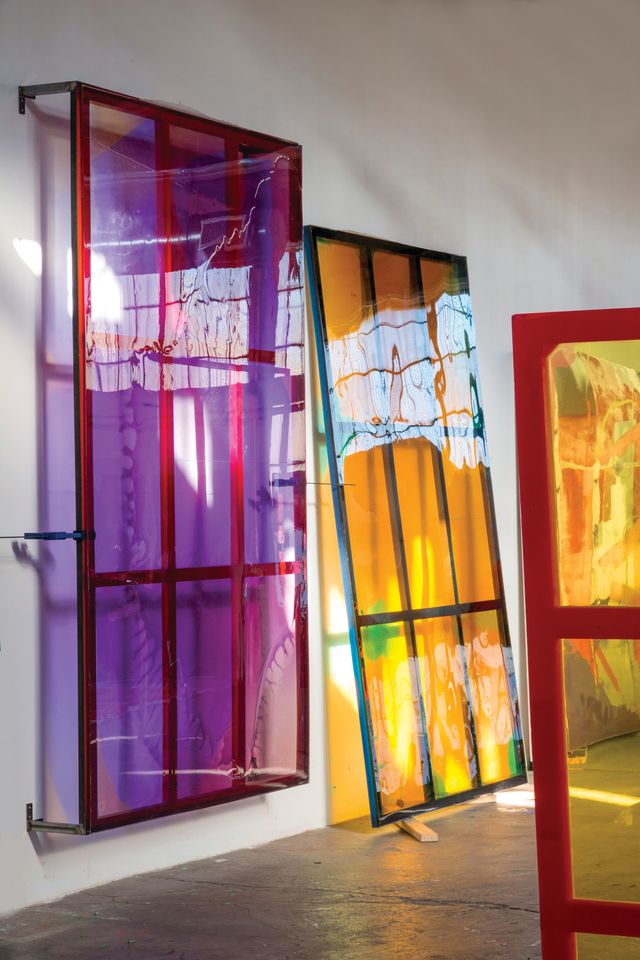 Alex Hubbard, To Be Titled (2015). Photo: Joshua White. Courtesy of the artist and Maccarone West

It was the Los Angeles-based artist Laura Owens, who also runs a space in Boyle Heights (365 Mission, a collaboration with the dealer Gavin Brown), who convinced Maccarone to move. “Laura showed me pictures of this space and said I would love it, and I was just like, ‘I’m not doing that, it’s nuts,’” Maccarone says. “But Laura said all these wonderful things about community and dialogue. And I’m a sucker for a beautiful space.”

The plan was to use the space that is now Hubbard’s studio for shows, but the next two spaces behind the lot became available, and “a very little, fun idea turned into a much bigger thing that keeps growing”.

The move is, Maccarone says, artist-focused. “Los Angeles is about living artists, and what artist wouldn’t want to have this beautiful space in such a cheery climate? And, after all, the artists are my boss.”