The 'Marlow Warlord' was buried with his weapons and luxuries for 1,400 years 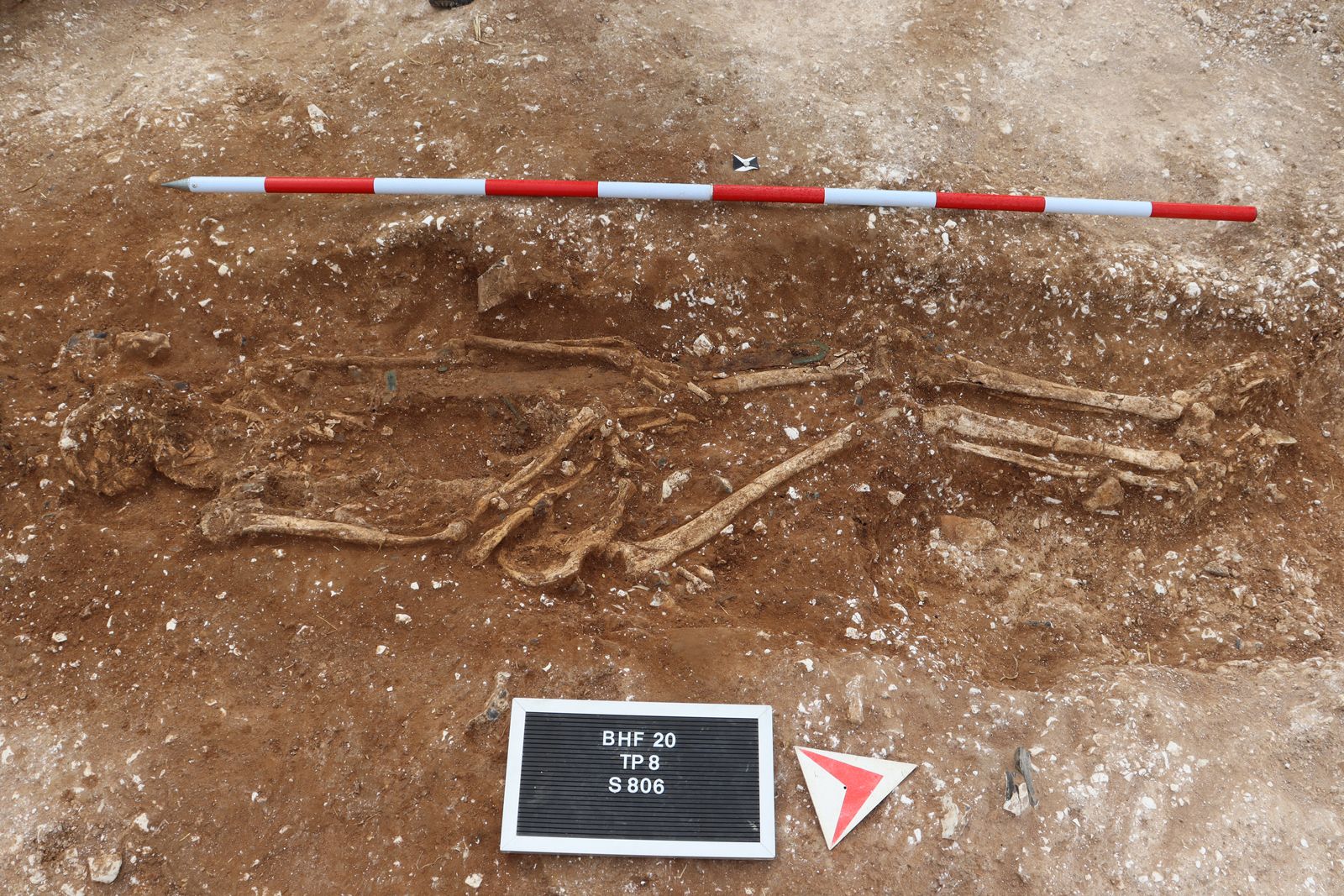 On a low hilltop in Berkshire, overlooking the Thames valley, the remains of a tall powerfully built Anglo Saxon warrior lay undisturbed for 1,400 years—surrounded by an array of weapons, and luxury grave goods including dress ornaments and glass vessels—until his grave was discovered by an amateur detectorist.

The burial, dubbed the Marlow Warlord for the nearby town, is a unique discovery in the region, and may change the understanding of distribution of power in the post-Roman period. The preservation both of the skeleton and his possessions including a sword and bronze decorated scabbard, is remarkable given that they lay just below the surface of the modern farmland.

The site was discovered in 2018, but is only announced today, following full excavation this August by archaeologists from the University of Reading. 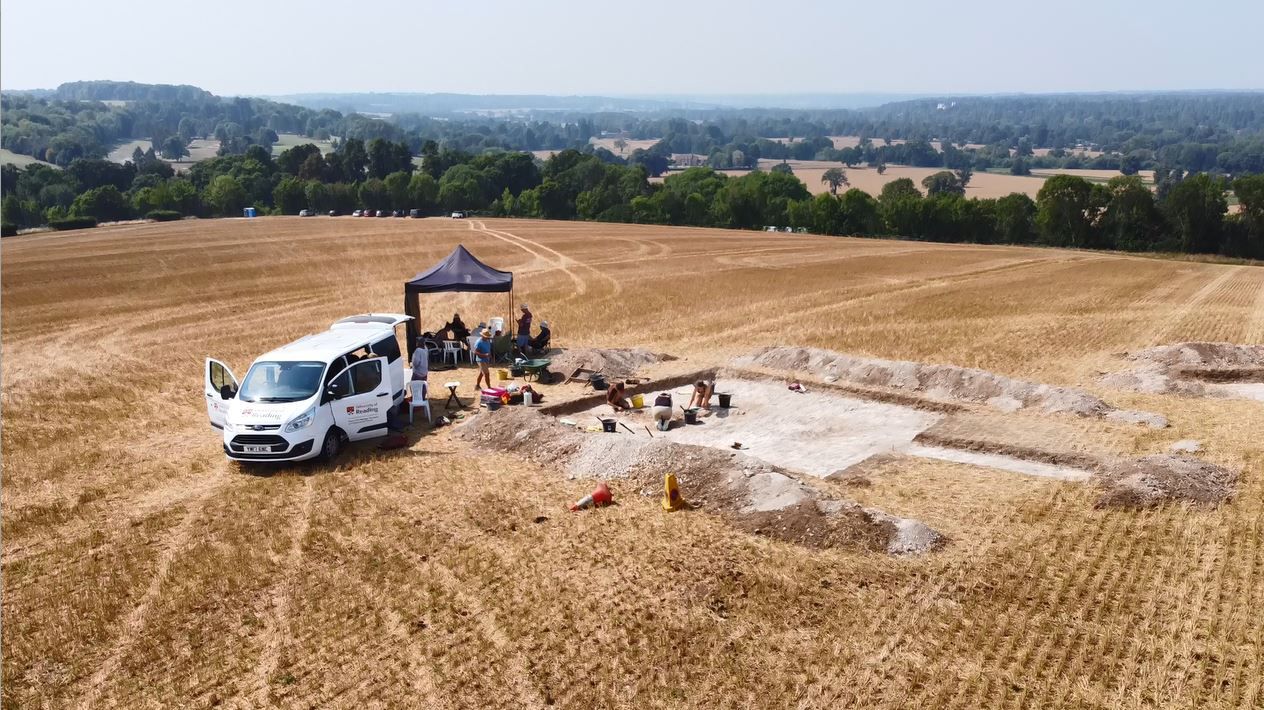 The grave was located when Sue Washington’s metal detector pinged so loudly she returned twice to the site with her partner Mick Washington, and eventually uncovered two fragile bronze bowls. She immediately realised their potential significance, stopped digging, and through her Maidenhead Search Society detectorists’ club reported to the Portable Antiquities scheme, administered at the British Museum, which records and maps archaeological finds across England and Wales.

Initial excavation by archaeologists recovered not just the bowls but two iron spear heads suggesting an Anglo Saxon burial, and led to a full excavation this summer.

Gabor Thomas, a specialist in early medieval archaeology from the university, says the site, the first of its kind in the mid-Thames basin, exceeded all expectation and gave new insight into the decades after the collapse of Roman administration.

The bones suggest a man around six feet tall—an imposing figure for his age.

“This guy would have been tall and robust compared to other men at the time,” Thomas says. “The nature of his burial and the site with views overlooking the Thames suggest he was a respected leader of a local tribe and had probably been a formidable warrior in his own right.”

The team is now fund raising ( https://reading.hubbub.net/p/) for further conservation work on the finds including the sword and scabbard which are among the best preserved from the period. Analysis of the bones at Reading university should reveal the man’s age, health, diet and where he originally came from, at a period when there was extensive immigration from Continental Europe, and power was shifting between tribes which evolved into the powerful kingdoms of Kent, Wessex and Mercia.

It is hoped some of the finds will be displayed when new permanent galleries open at the Buckinghamshire Museum next year. 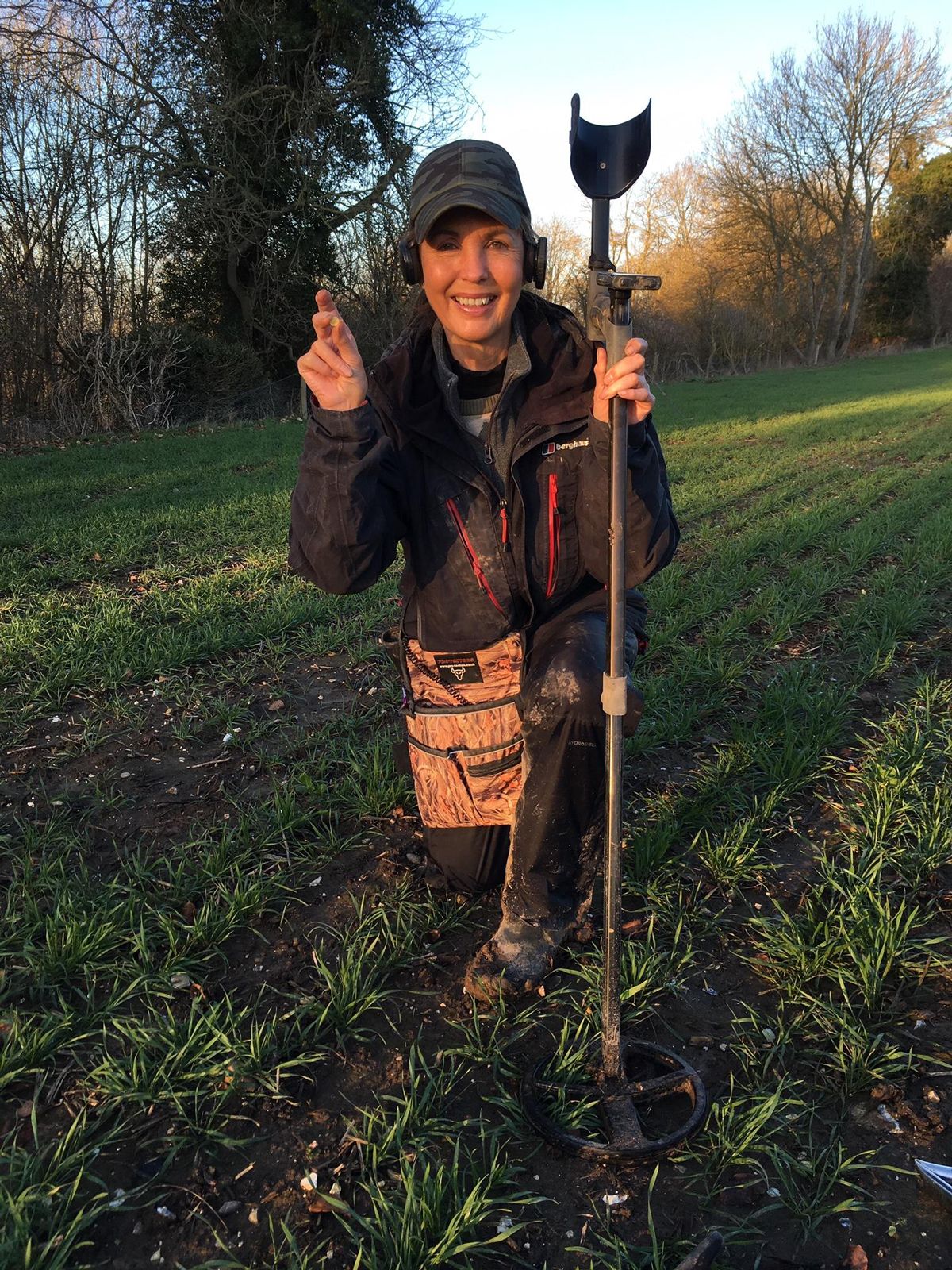