The Met installs a plaque on its façade honouring the Lenape people, driven out of their New York City land 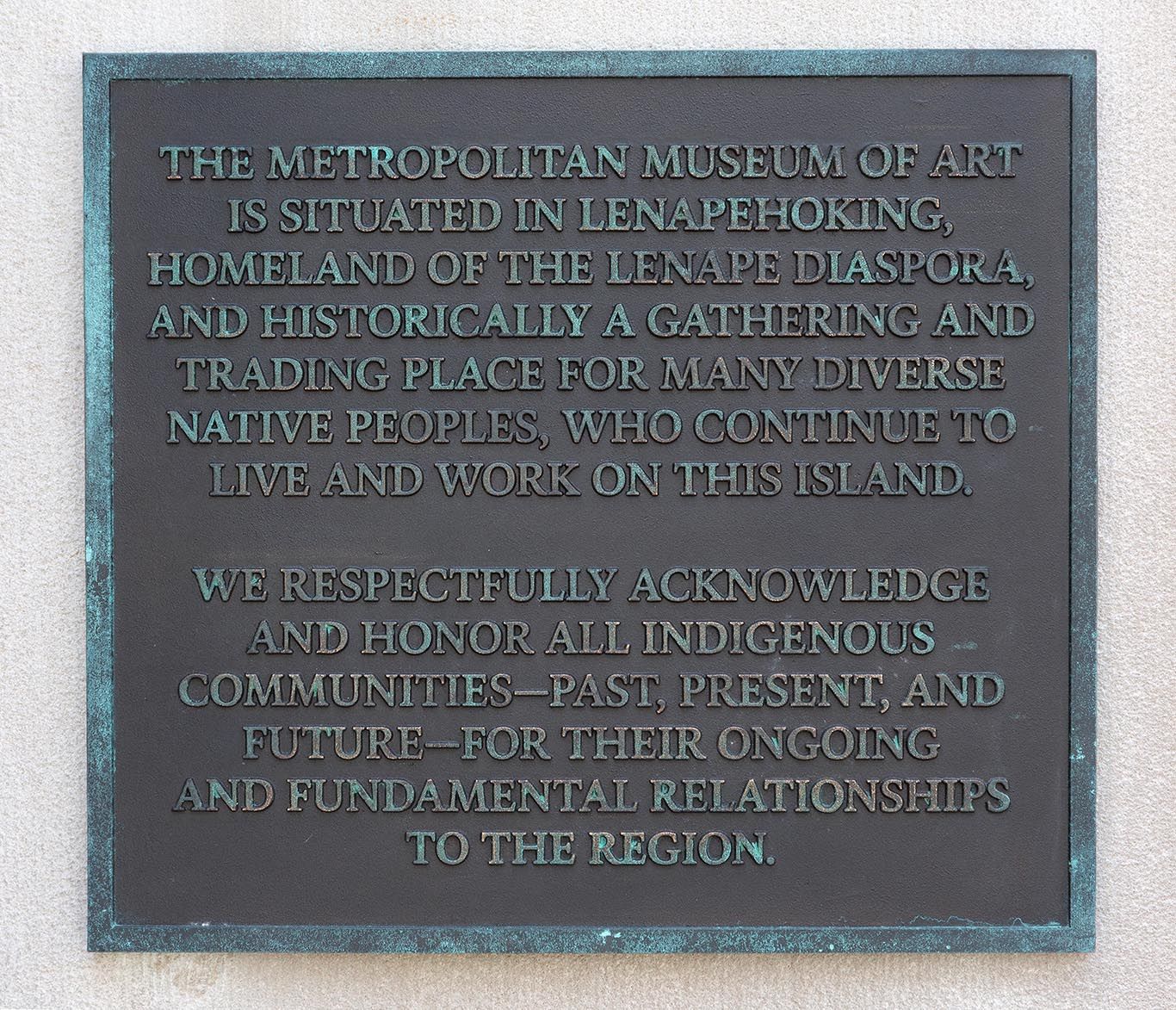 Amid a general acknowledgment of its links to a fraught local history of exploiting Indigenous peoples, the Metropolitan Museum announced today that it had installed a bronze plaque on its Fifth Avenue façade recognising the Lenape. The museum says that the move follows years of research and consultation on ways to honour the Lenape, who owned the land on which the museum now sits.

The plaque reads: “The Metropolitan Museum of Art is situated in Lenapehoking, homeland of the Lenape diaspora, and historically a gathering and trading place for many diverse Native peoples, who continue to live and work on this island. We respectfully acknowledge and honour all Indigenous communities—past, present, and future—for their ongoing and fundamental relationships to the region.”

The land of the Lenape once stretched from New York to New Jersey to Pennsylvania to Delaware, but its people were gradually pushed out of their territory, moving westward and into Canada while sharply diminished by the pressures of colonisation.

The Met, which has come under fire in the past like many other institutions for inadequate attention to the rights and heritage of Indigenous communities, notes that US museums are following in the steps of Canadian counterparts in placing historical notices such as the plaque near their entrances.

“The Met has a responsibility to share truthful narratives of our past and present,” the museum says in a statement. “It’s not enough to simply install a plaque on a building, however. Even more meaningful is the museum’s commitment to pursue substantive collaborations with diverse Indigenous communities, to actively embody our respectful acknowledgment and to effect social change beyond our doors.”

The institution notes that it has previously posted parallel statements in installations such as its long-term presentation Art of Native America: The Charles and Valerie Diker Collection, a sweeping display of historical Native North American art. And it says that it has installed a statement in its American wing affirming relationships with today’s Indigenous artists and communities.