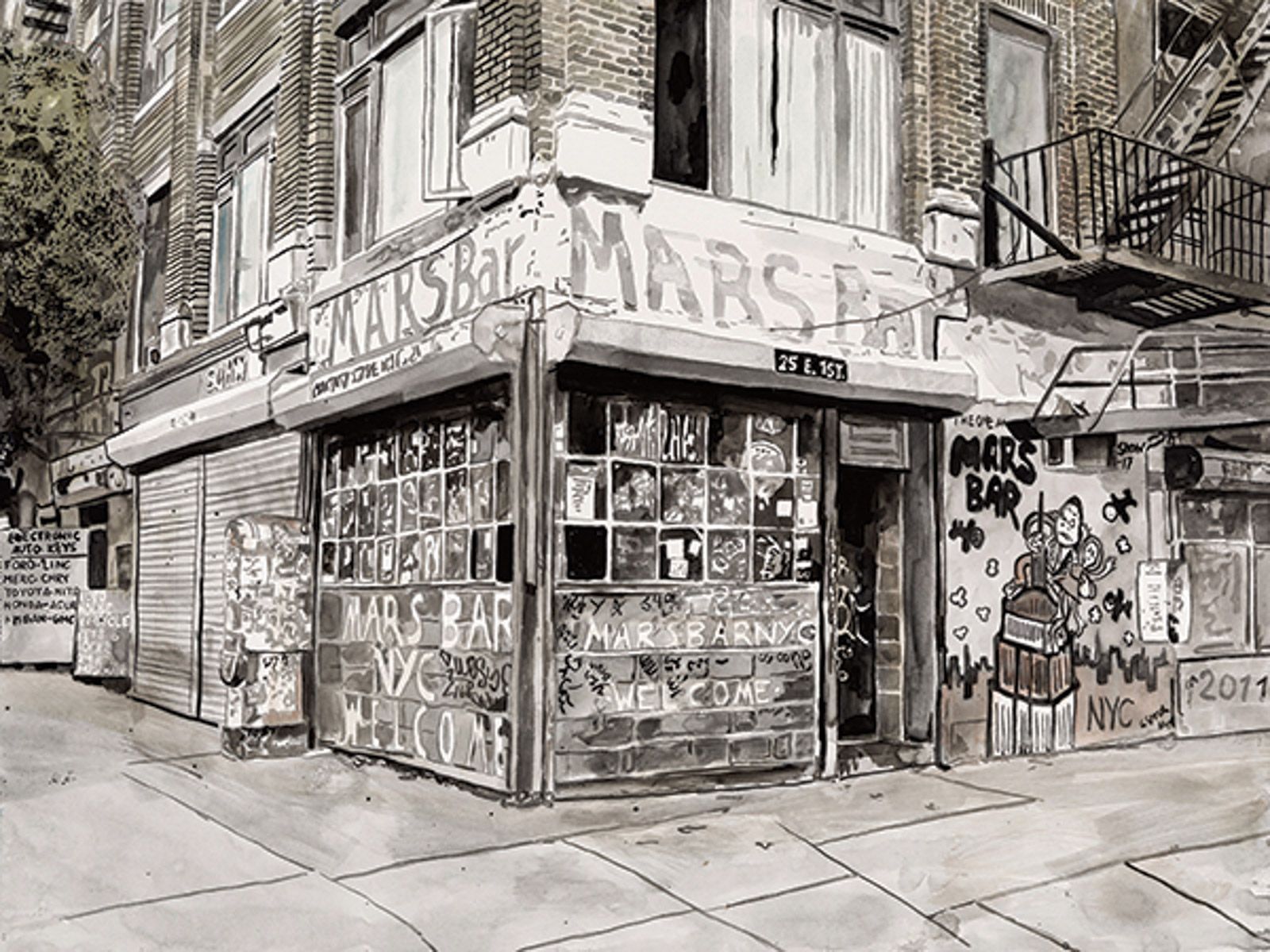 The Brooklyn-based conceptual artist Ellen Harvey started her Disappointed Tourist project in 2019, well before the pandemic. She was considering the political situation and the notion of nostalgia, and sensed that people were feeling traumatised. Her own neighbourhood was also becoming gentrified. “It was about what they were missing,” Harvey said in a recent interview. She decided to try to unpack the idea of what “the good old days” mean for people as a way of expanding empathy. “Maybe nostalgia can be a force for good,” she says.

Harvey decided to paint what no longer exists and began by soliciting people’s ideas of places they wish they could have visited. It started by word of mouth, via friends in her circle, and continues to grow. She has now completed more than 200 sites in black-and-white images, labelled like oversized postcards. Another 40 are in progress. The completed paintings can be seen on the project's website, which also contains an online form for viewers who wish to propose a place.

In previous work, such as the New York Beautification Project, Harvey also engaged with the public. “I’ve loved projects that involve input from other people,” she writes in her artist statement. “Maybe it’s just because I am indecisive; I love it when other people tell me what to do.”

For instance, in 100 Free Portraits (2001), Harvey created quick sketches, and asked the subjects to critique the results. Exchange Your Luck (2012) had her in Las Vegas, offering gamblers a swap of their good luck charms with her own. After Hurricane Katrina, Harvey placed an ad in a New Orleans newspaper asking for submissions on what was lost, then displayed the written suggestions along with paintings in the aptly titled The Irreplaceable Cannot be Replaced (2008) 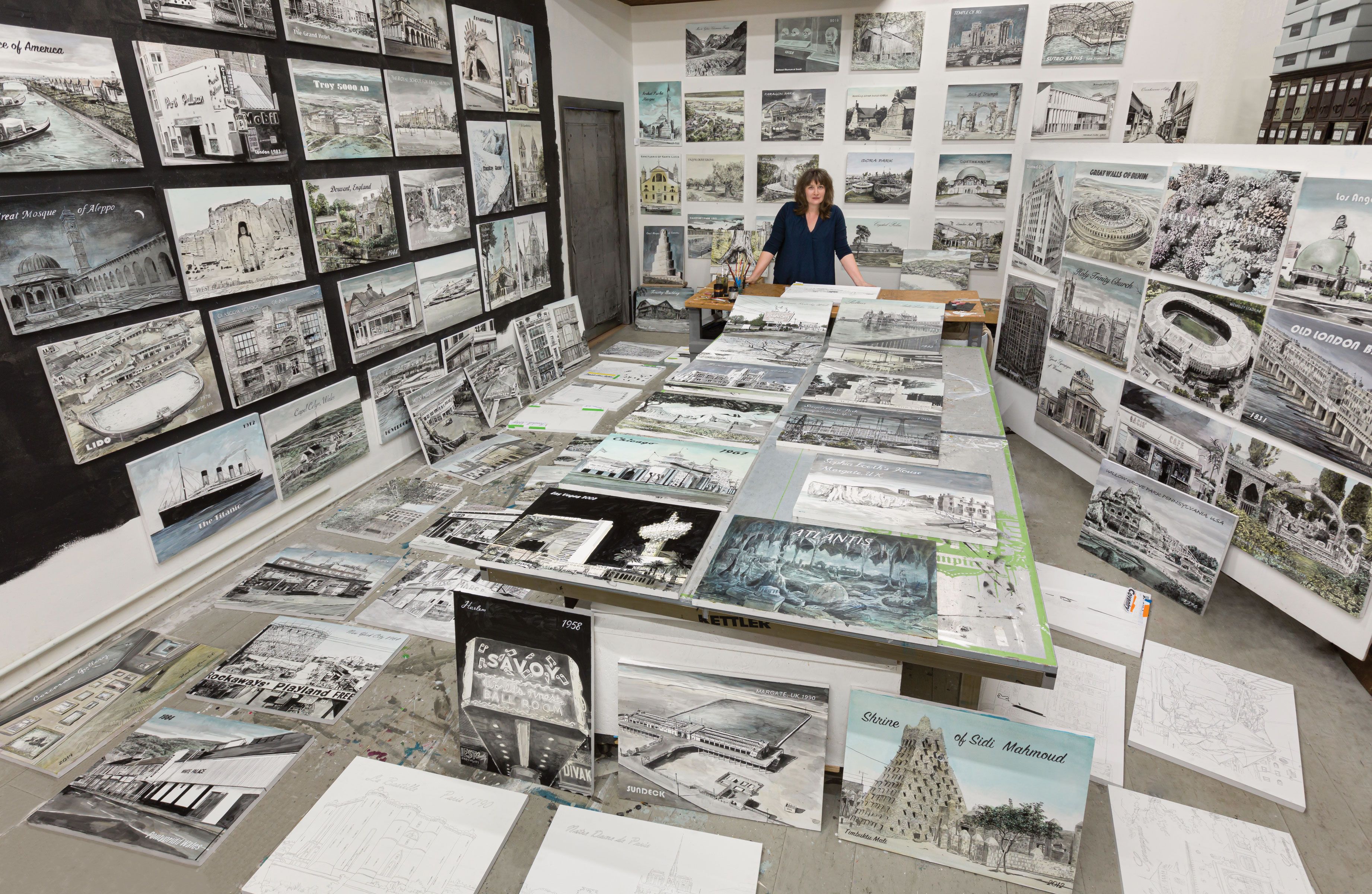 Ellen Harvey in her studio with works from The Disappointed Tourist (2020) Photo: Etienne Frossard

The first suggestions for the current Disappointed Tourist project were for places in New York such as punk rock club CBGB and independent store Kim’s Video and Music. There were multiple requests for the World Trade Center as well as the monumental Bamiyan Buddhas destroyed by the Taliban in 2001. The largest category by far is defunct amusement parks, including one in Honduras.

Someone requested a world without plastic. “I have to think about how to depict that,” Harvey says. Another charming request was for the space under someone’s grandparents’ table—a favourite childhood hiding spot that mentioned how beautiful the legs were. A photograph was included, but Harvey says it is so dark she can barely tell what she is looking at. These are exciting challenges, and Harvey says she prefers places that are not famous. 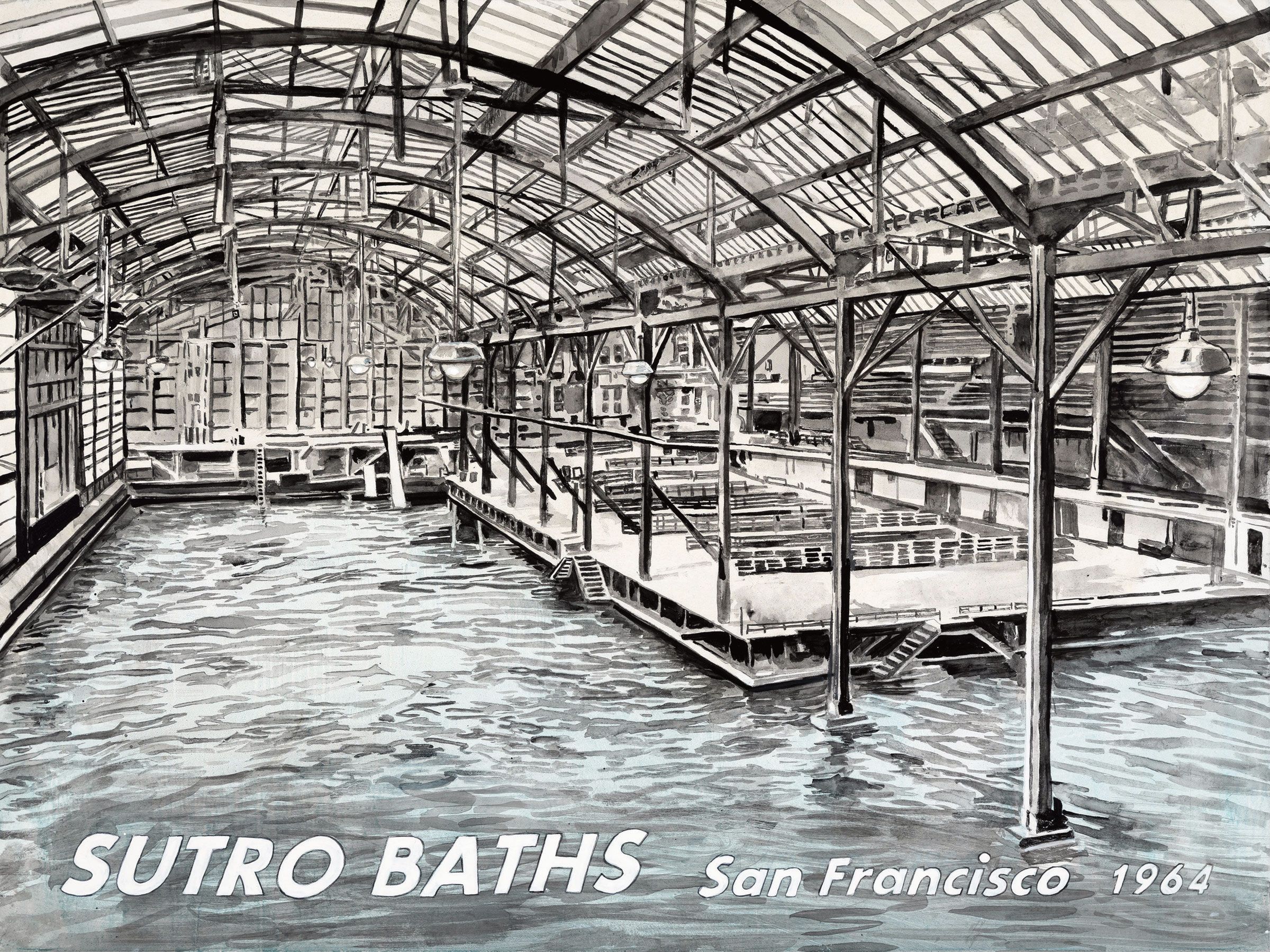 The first 200 paintings were added to the 40-foot shipping container sent to the UK along with other works for her massive show on tourism that is opening, as soon as it is safe, at the Turner Contemporary in Margate. It will be Harvey’s first UK solo exhibition, and she has selected works by Turner that complement her own explorations of travel and the depiction of place.

In April 2020, she contracted Covid-19 and was bedridden for a month. She is still dealing with lingering symptoms. “One good thing about Covid, I got a lot more time,” she says, adding that she might not have been able to get the Disappointed Tourist website up and running otherwise. Since sending off the paintings, she has made 20 more and has a stack of 50 where the underpainting has been completed. There are 80 or so requests she has not had a chance to research yet, and suggestions come in from the website nearly every day.

So what would Harvey paint for herself? When she was growing up in the UK, there was an old water meadow near her home that was destroyed. “It was such a magical place, filled with old hawthorn bushes,” she says.