The rest of the month’s stories at a glance

Frick bows to pressure and calls a halt to plans

The Frick Collection in New York abandoned its proposed expansion in the face of opposition from artists, preservationists and architects. The plan, which would have increased special exhibition space by 50%, threatened to eliminate a beloved garden designed by Russell Page and destroy the museum’s jewel-box proportions. The Frick hopes to release a new proposal by 2016.

The actor Leonardo DiCaprio announced his plans to donate Solar Reserve (Tonopah, Nevada) (2014), by the Irish artist John Gerrard, to the Los Angeles County Museum of Art. The gift of the work, which shows computer-generated images of a solar thermal power plant in Nevada, is intended to raise awareness of environmental issues.

It’s official: great painting is by Rembrandt after all 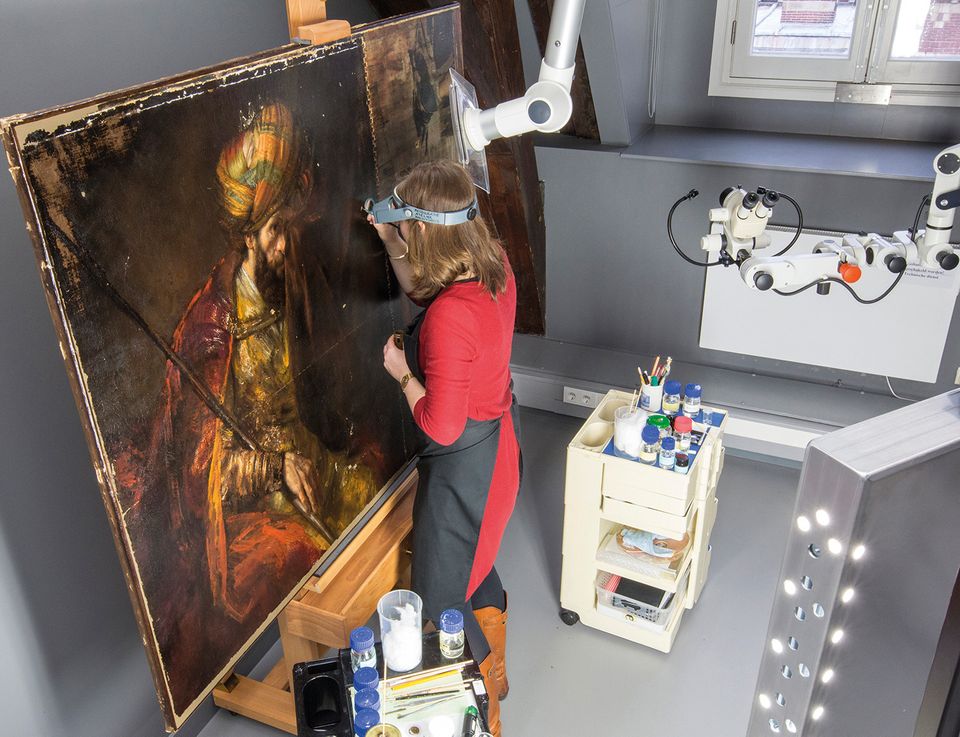 Saul and David, around 1651-58. © Ivo Hoekstra, image courtesy of Mauritshuis, The Hague

Saul and David, a picture thought to be one of Rembrandt’s greatest works until it was dismissed in 1969 as the work of a follower, was reattributed to the Dutch master after a lengthy investigation. The technical study and restoration that led to its reattribution are the subject of an exhibition (until 13 September) at the Mauritshuis in the Hague.

Prince to show collection of Nigerian art in Lagos

The Yoruba prince Yemisi Shyllon signed an agreement with the Pan-Atlantic University in Lagos to build a museum on its campus to show his collection of Nigerian Modern and contemporary art. The museum, which is due to open in 2018, will display around 1,000 works from his 7,000-strong collection, the largest of its kind in Africa.

Big increase in donations to US culture and arts

A study by Indiana University’s Lilly Family School of Philanthropy found that donations to the arts in the US increased by 9.2% to $17.2bn in 2014. Although donations to culture and the arts are still relatively low compared with other sectors, the increase was the largest in the nine categories tracked by Giving USA, an annual report on charitable donations.

The Museum of Modern Art (MoMA) in New York reached an agreement with its unionised staff over previously proposed cuts to healthcare benefits and other reductions. According to a statement by Local 2110, the union that represents around 280 members of staff at MoMA, the museum “substantially” altered its stance on healthcare after demonstrations by staff outside its annual gala in June. 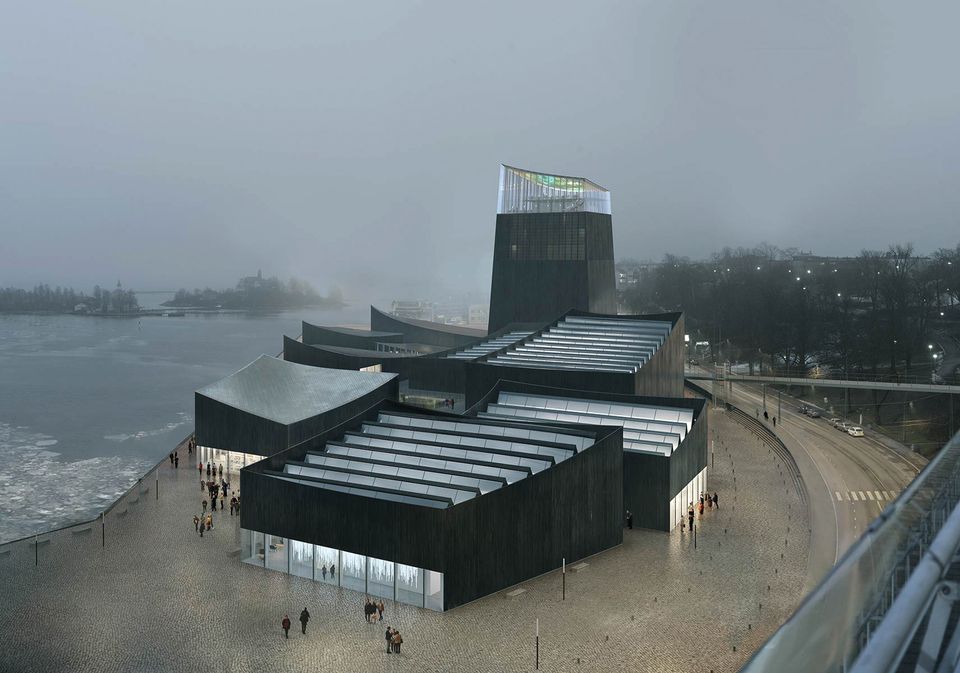 The Solomon R. Guggenheim Foundation sel ected the young husband-and-wife team Moreau Kusunoki Architectes to design its proposed branch in Helsinki. The winning design features a tower overlooking a series of pavilions and plazas. An 11-person jury sel ected the French-Japanese firm’s proposal from 1,715 anonymous submissions in a year-long competition. 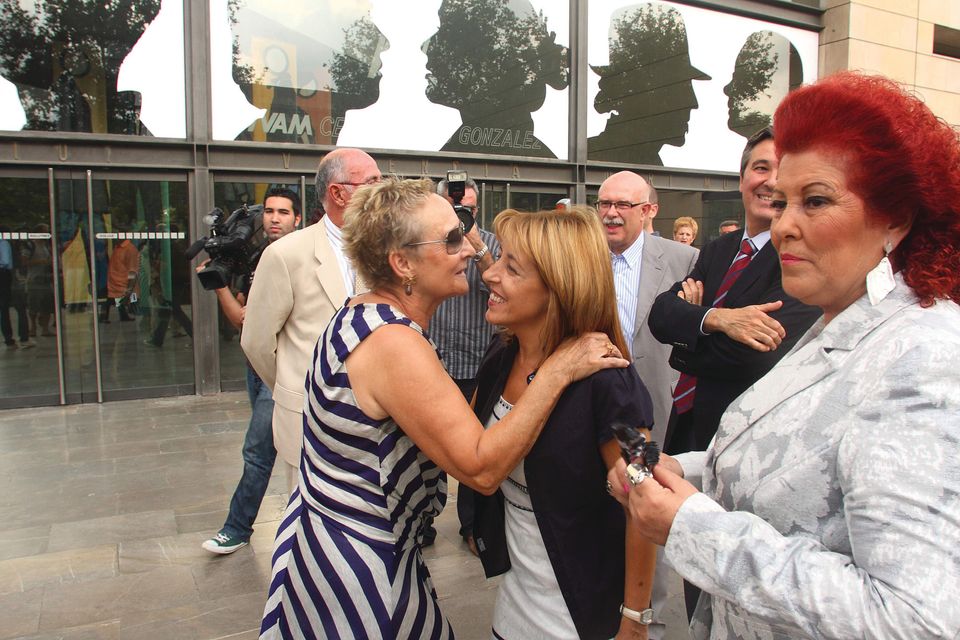 Consuelo Ciscar, the former director of the Institut Valencià d’Art Modern, is under investigation after a city-ordered audit found that, during Ciscar’s tenure at the Spanish museum, the institution exaggerated attendance figures, overpaid for acquisitions and even gave a solo show to a local hairdresser. Ciscar left the museum in April 2014, citing “personal reasons”.

Los Angeles to get its first cinema museum

Recep Tayyip Erdogan, the president of Turkey, was fined $3,800 earlier this year for insulting the artist Mehmet Aksoy’s unfinished sculpture Monument to Humanity. Now Aksoy is facing 56 months in prison for his own disparaging comments to the press about the Turkish leader. Aksoy says his statements were misinterpreted.

The Danish-Vietnamese artist Danh Vo plans to appeal a recent court ruling that ordered him to make a “large and impressive” work for the Dutch collector Bert Kreuk. Kreuk claims that Vo had agreed to produce a new work for an exhibition he organised at the Hague’s Gemeentemuseum, but submitted an existing work instead. Vo says the court’s decision violates his artistic integrity. 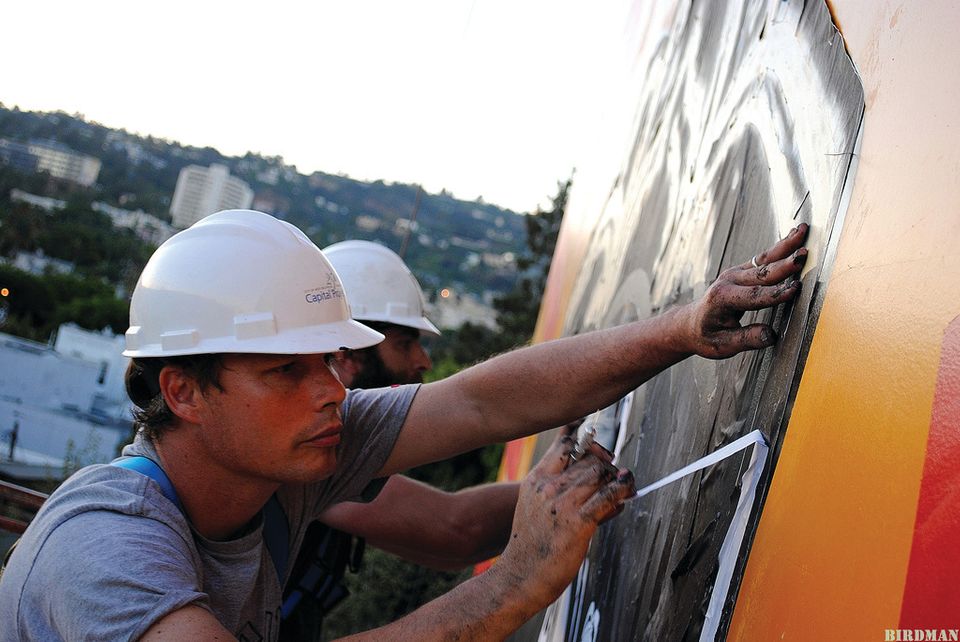 Police in Detroit issued a warrant for the arrest of Shepard Fairey on charges of malicious destruction of property. The police claim that the street artist caused damage worth $9,000 when he tagged multiple buildings in May. “Just because he is a well-known artist does not take away from the fact that he is also a vandal,” Sergeant Rebecca McKay told the Detroit Free Press.