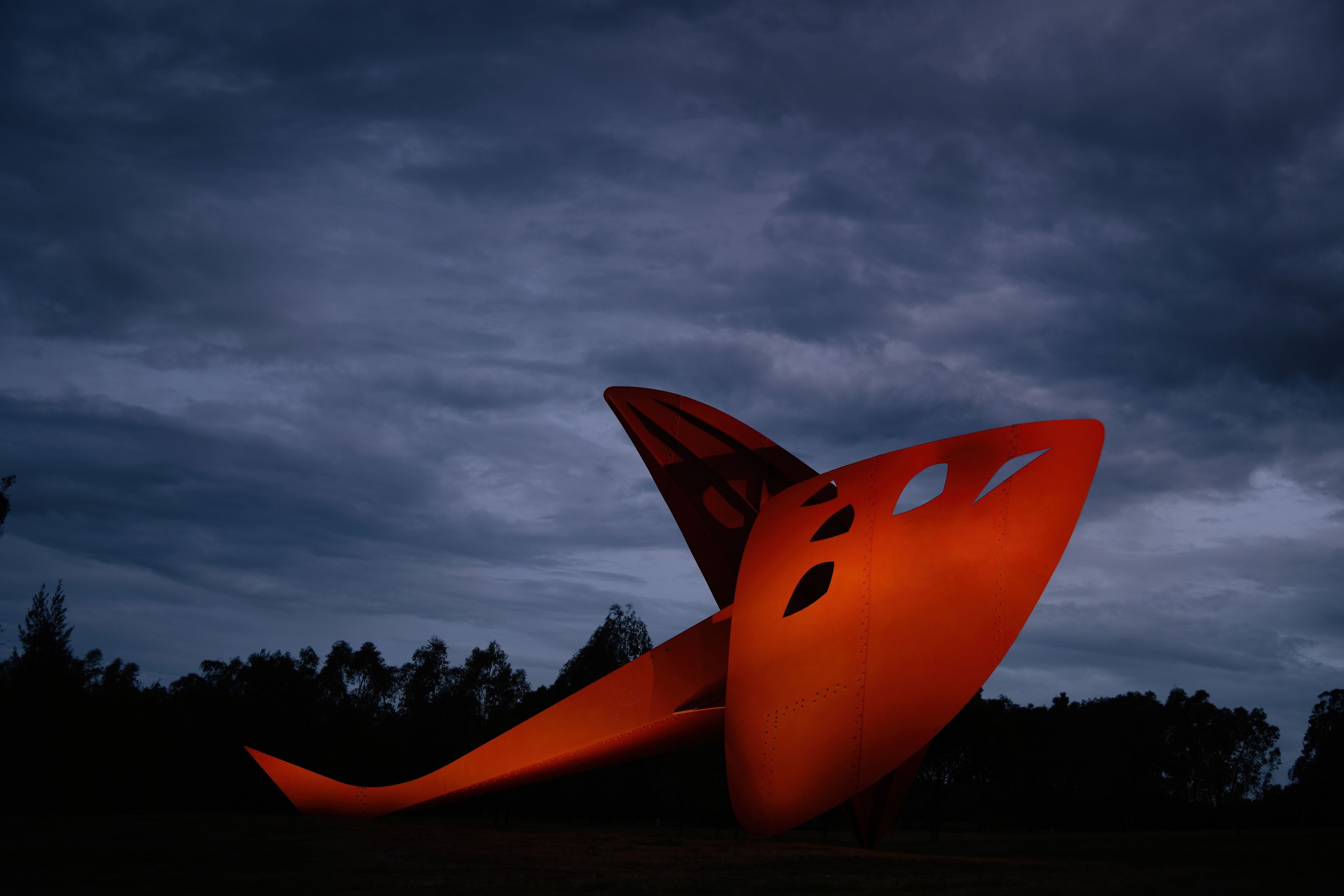 More than a decade since he first opened in Paris, the US mega dealer Larry Gagosian will launch his third space in the French capital next month. The new gallery is located on rue de Castiglione, steps from the historic Place Vendôme, where Gagosian will install a 1975 sheet metal work by Alexander Calder which has rarely been seen in public before.

Flying Dragon will be presented as part of FIAC art fair’s outdoor sculpture programme, Hors les Murs, and last came to the market in 2006 when it was sold by the Texan ExxonMobil Foundation at Sotheby’s in New York for $5.6m. Its current price is undisclosed. The original maquette and archival material relating to the sculpture, painted in fiery vermilion, will be presented in the new space alongside further works from Calder’s late period.

The new gallery—which opens on 19 October and takes Gagosian’s global tally to 18—joins existing spaces on rue de Ponthieu in the 8th arrondissement, which opened in 2010, and the enormous, 18,000 sq ft galley in the Le Bourget suburb of Paris, which opened in 2012.

Gagosian, whose early endorsement helped establish Paris’s current standing in the global market, cites the city as “an important centre for Modern and contemporary art” and says his third gallery “will bring a new dimension to [our] presence, while complementing the important efforts of museums and foundations [in Paris]”. Designed by Rémi Tessier, who is renowned for his superyacht designs, the new space boasts elevated ceilings and 15.5 metre high windows that provide a sweeping view of the gallery’s interior from the historic street arcades. It was the location, next to the Louvre and the Jardin des Tuileries and close to where Leo Castelli and René Drouin opened Drouin Gallery in 1939, which sealed the deal, according Serena Cattaneo Adorno, the director of Gagosian Paris. “We weren’t necessarily looking for a third space,” she says, “but our new opening deepens the gallery’s commitment to the city”.

Gagosian’s commitment to large-scale sculpture is being cemented with a monumental new steel work by Richard Serra—measuring four metres high, 17.7 metres wide and 18.2 metres long—which will be unveiled at the gallery’s Le Bourget space on 18 September. Gagosian will also show the entire back catalogue of Serra’s films and videos, drawn from the collections of the Centre Pompidou in Paris and the Museum of Modern Art in New York, at the Pompidou in early 2022.

Over the past few years, and particularly since Brexit, Paris has enjoyed a resurgence as an art centre. Adorno notes how a number of private foundations have recently opened in the city, which is contributing to a newfound zest. “There’s certainly a new vitality to the city that is heavily promoted, politically too. There is such a strong engagement to culture here,” she says.

There has been much chatter as to whether Paris will take London’s crown and galleries including David Zwirner, White Cube and Lévy Gorvy have recently opened outposts in the French capital (Gagosian now has three spaces in each city). At 5.5%, import rates in France are the lowest in the European Union, though the UK’s are lower at 5%. It is likely, therefore, that Paris will become a hub for works of art to enter the EU.

Adorno acknowledges the logistical advantages to opening in Paris, though points out Gagosian is unlikely to feel the benefits, having operated in France for so long. She also notes some of the advantages to the UK leaving the EU in terms of trading with other parts of the globe. “The art world very much has changed,” she says.