The Russian Revolution and village life 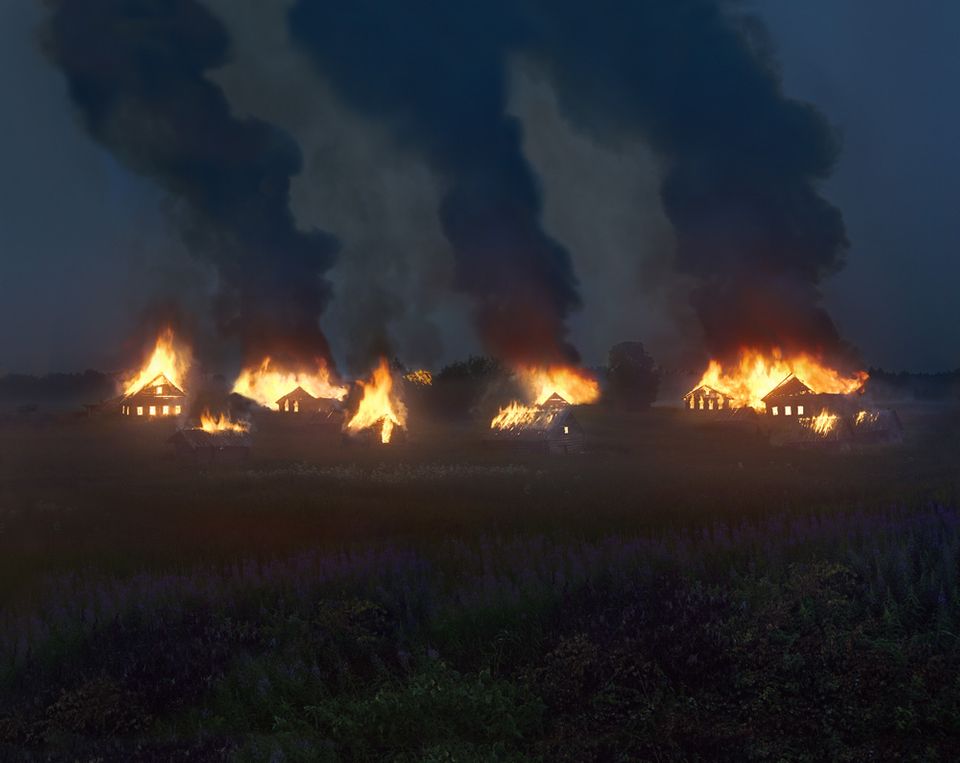 Simon Mraz, Austria’s cultural attache and the director of the Austrian Cultural Forum Moscow, has spent two years developing plans to mark the Russian Revolution. They form the centrepiece of the Krasnoyarsk Museum Biennale, Russia’s longest-running contemporary art biennal—this is the 12th edition—in an exhibition, Mir: the Village and the World, “an artistic discovery of the Russian village” (until 28 February 2018). “Mir”, in this case, refers to an arcane understanding of the word, which usually means peace, as a name for the Russian village community.

“The Russian village is offering this possibility to deal with a topic, from today’s perspective, that has really been affected by the Revolution and its consequences in a very hard way,” Mraz says.

Mraz assumed there would be hundreds of contemporary art exhibitions about the Revolution, and was surprised to find that his was one of the only ones. The project’s press release also describes it as “the first comprehensive international attempt to re-interpret the theme of ‘the Russian village’ from the perspective of contemporary art.”

The Krasnoyarsk Museum Centre, the home of the biennial, is an ideal venue for displaying the results. It is based in what used to be one of Russia’s largest museums dedicated to Lenin. In the 1990s, under visionary management by local intellectuals, it transformed into a contemporary art museum while keeping some of the Lenin legacy for history’s sake. It was awarded the Council of Europe Museum Prize in 1998.

Artists commissioned by Mraz and the Krasnoyarsk Museum Center fanned out to Russian villages, among them Austria’s Gelitin group, Russia’s Blue Noses group and Jasmijn Visser and Stefan Schafer from the Netherlands.

The resulting works include Transcendent Borscht by Yekaterinburg’s Where the Dogs Run group, a performance in which a machine cooks two pots of red borscht created from recipes based on keywords found in revolutionary texts being read by the machine. And Moscow-based Danila Tkachenko’s Burning Village is the artist’s photographic record of burning down an entire abandoned village, symbolic of thousands all over Russia.

Mir: the Village and the World opened just as another Mraz project connected to taming the land closed. Birobidzhan is an artistic study of the early Soviet effort to create a Jewish autonomous region in Siberia, close to the border with China, which began with an agricultural commune similar to a kibbutz that coincided with collectivisation across the Soviet Union.