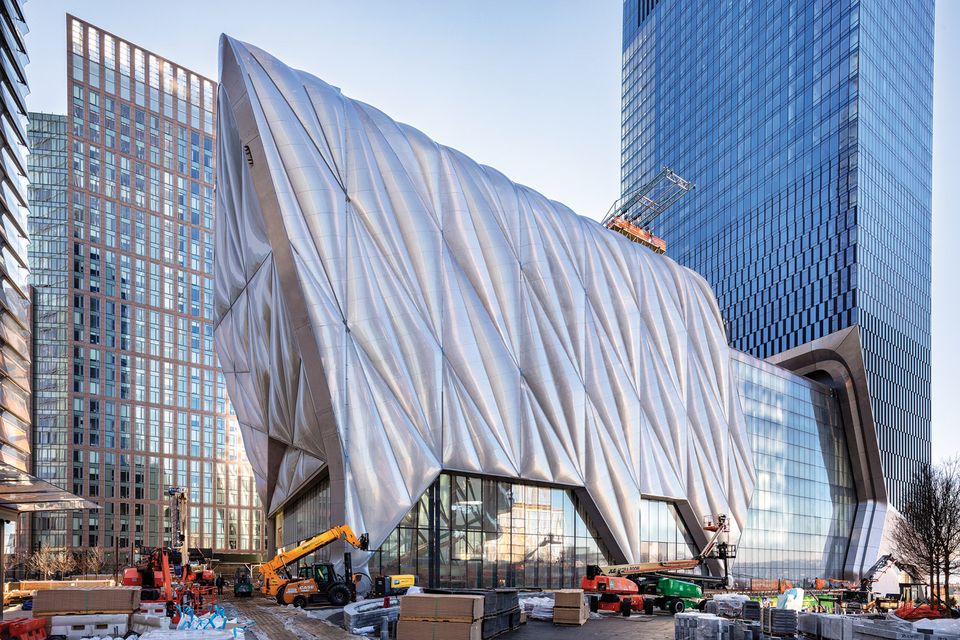 The Shed under construction in February 2019 © Brett Beyer

The Shed, due to open on 5 April where the High Line and Hudson Yards development intersect on Manhattan’s western edge, aims to be the world’s most flexible cultural institution. “It’s part museum, part performing arts centre, part pop-up venue—providing parity across all art forms, for all audiences,” says the artistic director and chief executive, Alex Poots.

The non-profit, which commissions, develops and presents work across performing and visual arts and popular culture, has a gleaming new $475m building to service its lofty ambitions. Designed by Diller Scofidio + Renfro with the Rockwell Group, and situated above the West Side rail yards, the eight-level building has a moveable shell that can roll out on wheels into The Shed’s outdoor plaza, adapted from the shipyard technology of gantry cranes as a nod to the site’s industrial past. “It moves quite majestically, like a ship through the sea,” Poots says. It also doubles The Shed’s footprint and provides another sound- and temperature-controlled space for performances and exhibitions, in addition to the building’s versatile theatre, two expansive galleries, rehearsal space and creative lab.

Creating a zone of public space adjacent to the new luxury condos, shops and restaurants of the massive Hudson Yards project, The Shed was part of the original deal struck with the developers in 2005 by the former mayor Michael Bloomberg’s administration. The city launched a call for proposals for a non-profit cultural facility in 2008 and gave $75m towards the project’s $550m capital campaign for the building, start-up costs and first three years of commissions. The campaign has raised $529m to date through additional private funds.

“When we first conceived the idea of The Shed, we had not yet recruited the Whitney to go down to the southern end of the High Line,” says Daniel Doctoroff, The Shed’s board chairman and the former deputy mayor, who spearheaded the project from the start. Now, The Shed caps the necklace of institutions along the High Line, which attracts 7.5 million visitors a year, including the Whitney Museum of American Art, the Kitchen, Dia Art Foundation (currently under renovation) and the newly opened Hill Art Foundation.

Early on, many arts leaders questioned The Shed’s purpose and why the city gave so much money to an institution that did not yet exist. “The vision of the city was to carve out the space for something the city might need, that wasn’t competing with anything else,” Poots says. “I think a centre for commissioning all artists and for all audiences tries to give that opportunity.”

Poots, the founding director of England’s Manchester International Festival from 2005 to 2015, has brought on board his collaborator Hans Ulrich Obrist as the senior programme adviser; they have been inspired by the festival’s nimbleness and interdisciplinary programme. Almost 20 commissions are planned for The Shed’s first year. “Projects that otherwise could not happen can see the light of day here,” Obrist says.

An inaugural commission to be presented from April until June synthesises work by the German painter Gerhard Richter, the Estonian composer Arvo Pärt and the US composer Steve Reich. Richter has designed immersive works for two gallery spaces; in one, an acapella choir will perform a piece by Pärt while the other presents a new live orchestral piece by Reich. 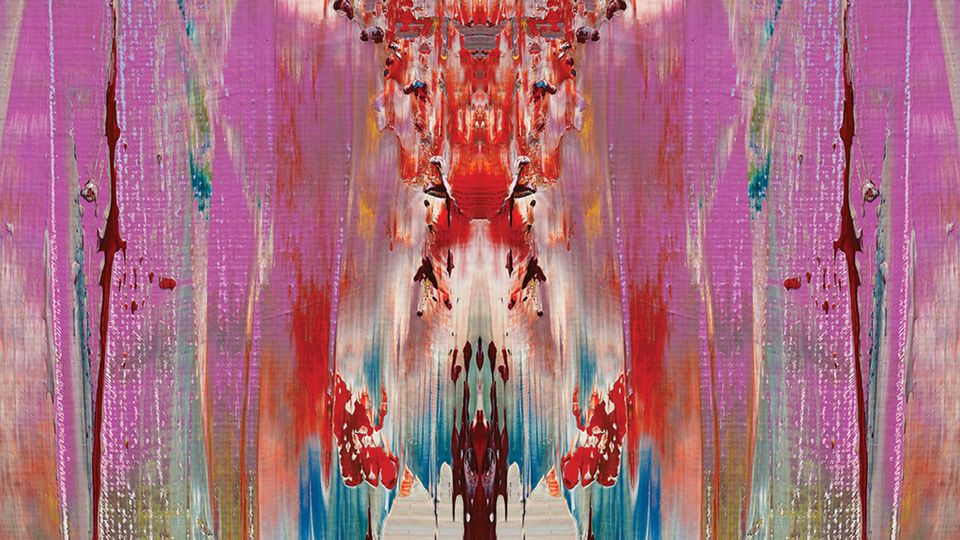 The $25 ticket price for the events includes a new film by the conceptual artist Trisha Donnelly (which can be seen separately for $10). “Somebody might come to see Trisha Donnelly and then experience a Reich piece, which they might never otherwise have visited,” Obrist says.

The UK artist and filmmaker Steve McQueen is also venturing into the world of music with Soundtrack of America, a family tree of African-American music, from spirituals to trap. With a team led by the legendary US musician and producer Quincy Jones, the work will be performed in April by young musicians in the plaza space under the extended shell.

Admission prices will vary depending on the event, but 10% of tickets for all performances will be available to low-income families for $10 as part of The Shed’s focus on “equity and democratisation”, Poots says. This endeavour extends to providing space for Open Call, a programme of new pieces by 52 emerging artists from the five boroughs, and Maze, a theatre production showcasing the street dance taught in 20 New York public schools and community centres as part of The Shed’s FlexNYC outreach programme, which will be performed by participating students and teachers.

“We’d like to have the residencies we’re doing in communities tie back to culminating events and block parties happening in The Shed,” says Tamara McCaw, the institution’s chief civic programme officer. Noting its proximity to public and subsidised housing in Chelsea and Hell’s Kitchen, she adds: “I don’t want The Shed to be one more thing that improves the neighbourhood but that a lot of the residents don’t feel is for them.”