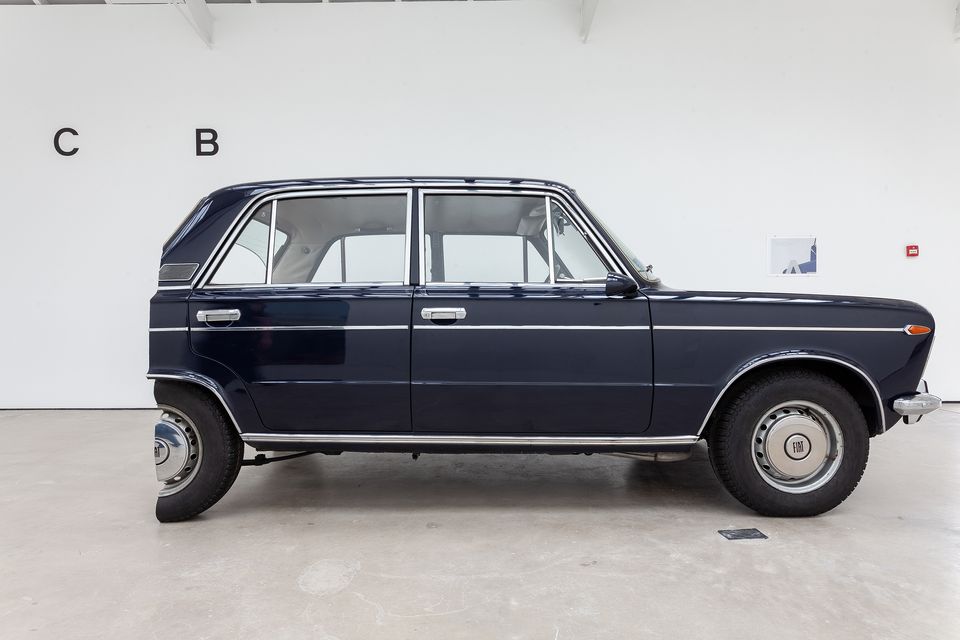 Next month in Turin at Galleria Franco Noero, the Turner prize-winning artist Simon Starling will show a spliced Fiat 125 Special car and a representation of Giovanni “Gianni” Agnelli, the patriarch of the Fiat dynasty, reviving a seminal and sensitive period in the history of the northern Italian city.

The exhibition at Galleria Franco Noero (A-A’, B-B’, 15 October-11 January 2020) follows a show of Starling’s works that launched last week at the Modern Institute in Glasgow (until 26 October). Both exhibitions are underpinned by the manufacturing and design heritage of Turin, and the thematic idea of masquerade (wearing a mask).

Agnelli, also known as L’Avvocato (The Lawyer), ran the Fiat empire for more than three decades, taking the reins during Italy’s so-called Years of Lead in the 1970s when the communist paramilitary organisation, the Red Brigades, carried out assassinations and bombings. He died in 2003.

Starling has cut a 1968 Fiat car in two, showing it in Glasgow alongside a copy of a painting by the 18th-century artist Giambattista Tiepolo entitled A Halberdier in a Landscape. This work was once part of a larger painting called The Finding of Moses (around 1736), which was cut into two unequal parts in the early-19th century. A reproduction of the larger half, The Finding of Moses, will go on show in the Turin exhibition (the original painting by Tiepolo is in the collection of Edinburgh’s National Galleries of Scotland). 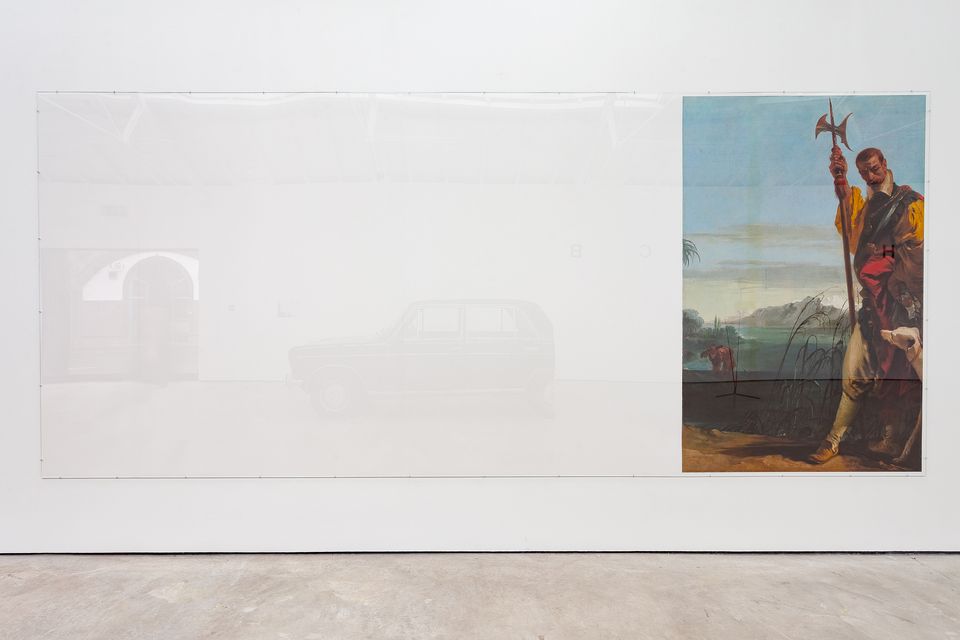 Giovanni Battista Tiepolo's A Halberdier in a Landscape (1736–38), which was formerly the right-hand portion of The Finding of Moses Collection Pinacoteca Giovanni e Marella Agnelli. Courtesy of the artist and the Modern Institute/Toby Webster Ltd, Glasgow. Photo: Patrick Jameson

Agnelli owned A Halberdier in a Landscape. “Agnelli was far by the richest man in Italy. He loved to drive a Fiat 125 around the city [with the number plate A00000 TO]. There is speculation about why he drove that car, perhaps to show a more humble side to the workers. There is a sense of masquerade, with Agnelli playing a kind of role for the people of Turin,” Starling says.

He adds: “Around ten years ago, Franco [Noero] took me to the Agnelli collection on the top of the Lingotto building in Turin and showed me this painting [A Halberdier in a Landscape] which stuck in my head because it’s so strange. You can’t really understand why it was ever made until you understand that it was once part of a much bigger painting. When I discovered that the remainder of the painting is in Scotland, my brain started to race.”

Torinese citizens, who treated Agnelli like royalty, might be taken aback however by a standing figure—on show in Glasgow and set for Turin—adorned with a mask of the Fiat supremo (indeed, the journalist Stephen Kurutz writes that bronzed, bullish Agnelli “came across like a modern-day Roman emperor”). Starling admits that “there is a certain nervousness about addressing this world”. 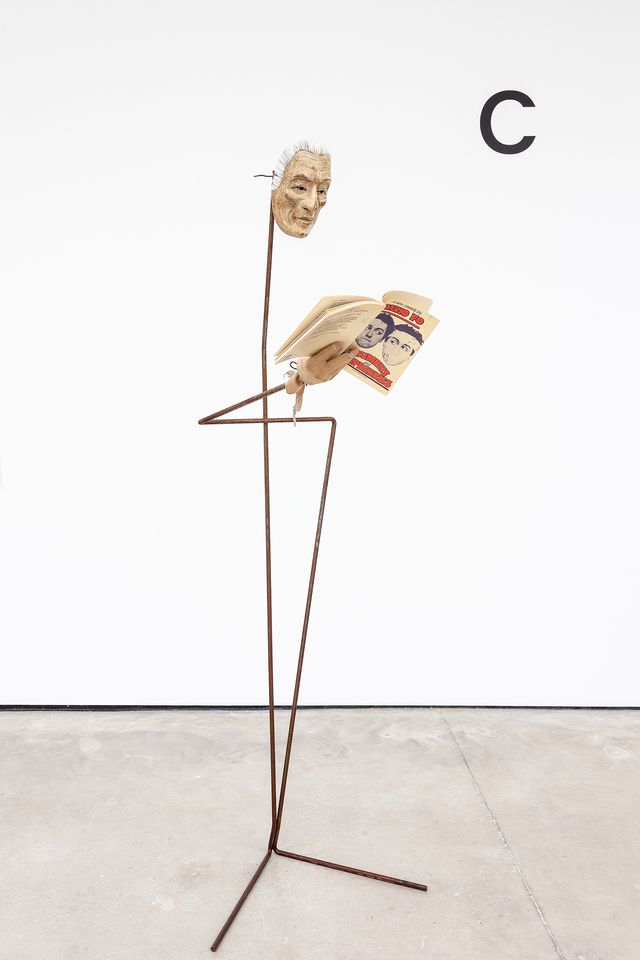 Simon Starling's The artist, wearing a mask of the former Fiat supremo Giovanni Agnelli, reads an aside from Dario Fo’s political satire Trumpets and Raspberries (1974) in which a disfigured Agnelli has his face reconstructed in the image of a Fiat worker in whose jacket he is found, following a near-fatal kidnapping attempt (2019) Courtesy of the artist and the Modern Institute/Toby Webster Ltd, Glasgow. Photo: Patrick Jameson

The standing figure also incorporates elements of the artist himself. “It is my hand, I cast my hand and covered it in leather. It is a portrait of me wearing a mask of Agnelli reading a play by Dario Fo (Trumpets and Raspberries, 1974), which is about Agnelli exchanging identities with a Fiat worker after a car crash following an attempted kidnapping.” Starling also points out that the Halberdier figure resembles Edoardo Agnelli, Gianni’s eldest son, who died in 2000.

Meanwhile, animal lovers will like photographs of thoroughbred greyhounds taken at photo studios located at the Mirafiori car plant in Turin. These refined beasts link Tiepolo’s sophisticated painting The Finding of Moses, which includes a greyhound, to 20th-century life in Turin.