The Year in Review: from idealism to iconoclasm

As The Art Newspaper marks its 25th anniversary, the optimistic world of 1989 has given way to a more troubled age

Few of us old enough to remember it will ever forget the sense of excitement that greeted the fall of the Berlin Wall in 1989 (in London, students temporarily left their art schools in camper vans to make the journey east to take part in what they saw, correctly, as history in the making). Just three months later, Nelson Mandela walked out of Victor Verster prison in South Africa after 28 years’ incarceration, to begin the negotiations that would end apartheid. In an essay, later expanded into a book, the US political economist Francis Fukuyama asked if this was “the end of history”, declaring the triumph of capitalism and liberal democracy.

The Art Newspaper, which is celebrating its 25th anniversary this year, was founded in those optimistic times. Little did anyone realise how soon this would be followed by the collapse of Yugoslavia into a civil, ethnic and religious war, then by the Gulf war—nor how closely tied is the destruction of cultural heritage to the destruction of people, or how far the former presages the latter.

Twenty-five years on, and a number of our front-page stories this year have been devoted to the crisis in the Middle East—from the iconoclasm of Isil, destroying mosques, churches and the ancient structures of Palmyra, to the artists facing censorship (and worse) in Iraq and Syria, and across the region and beyond.

Liberal democracy may not have won, but there are fears about the degree to which late capitalism has. In October, we asked some of the art world’s leading thinkers to ponder the current state of affairs: most raised profound concerns about the conflict between the private motivations of the art market and art as a public good. As we went to press, art worth $2.3bn was sold in two weeks of auctions in New York—as unimaginable 25 years ago as the idea now of an impending decade of cultural and religious harmony. 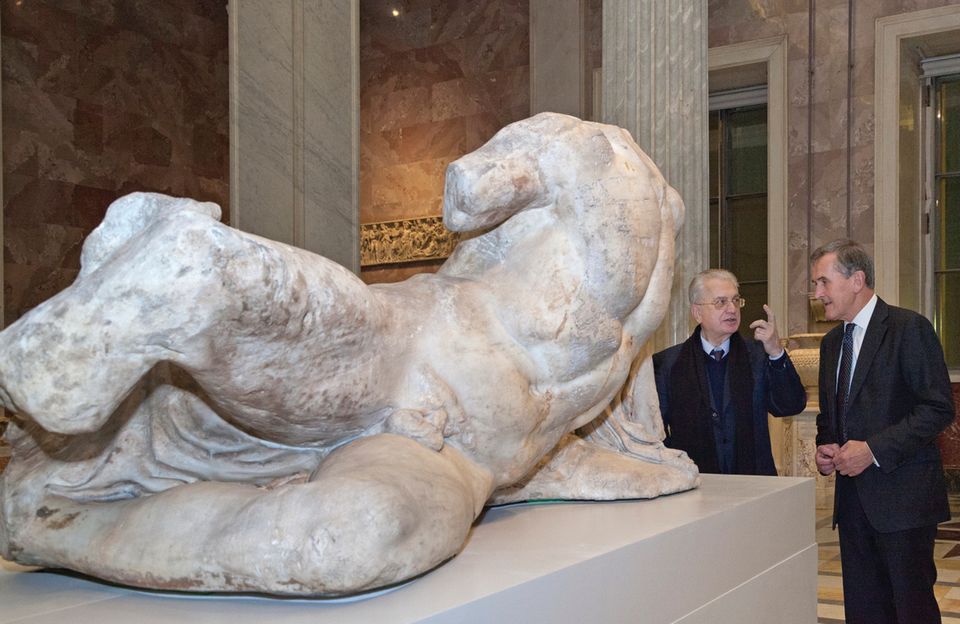 In a move that sparked ire in Greece, the British Museum in London quietly agreed to lend one of the Elgin Marbles—the headless figure of the river god Ilissos—to the State Hermitage in St Petersburg. Not only was this the first time that the museum had loaned one of its Parthenon sculptures, it also encouraged other institutions to make informal requests for loans. The episode emphasised the bind in which Greece finds itself: to apply for a loan is to acknowledge British ownership. In February, we reported that the Museum of Cycladic Art, Athens, consequently delayed lending its works to the British Museum. 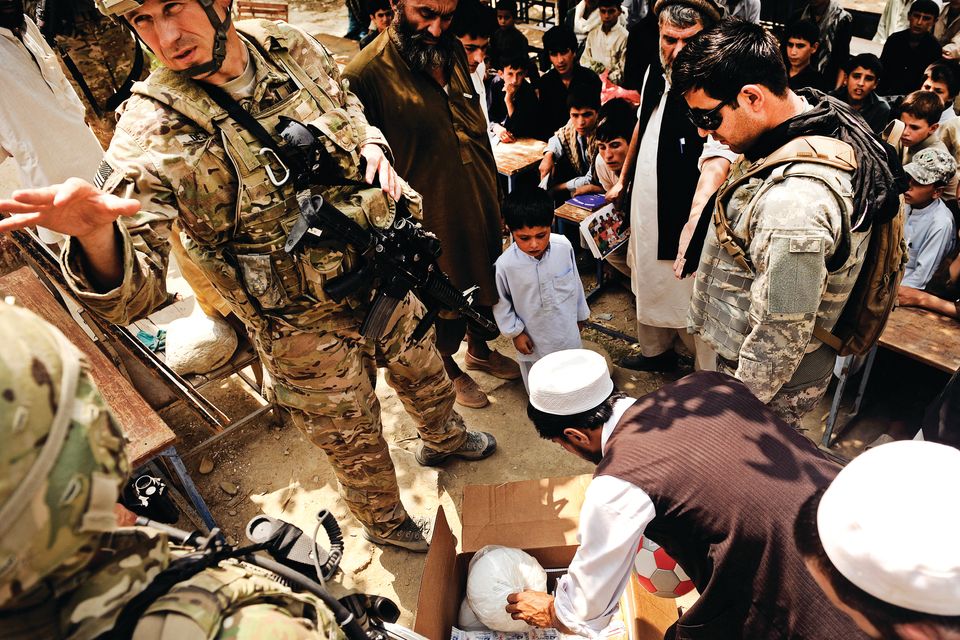 The US army searches for art experts

In an attempt to preserve cultural heritage in combat zones after years of conflict and looting in Iraq and Afghanistan, the US army began a recruitment drive for museum directors, archaeologists and preservationists with the expertise to be the new “Monuments Men”. With groups such as Isil targeting cultural heritage as a tool of war, a special division dedicated to averting the destruction seems increasingly relevant. However, the US army lost its own specialists in the 1970s when it abandoned conscription and became an all-professional military force, so recruitment is now necessary. 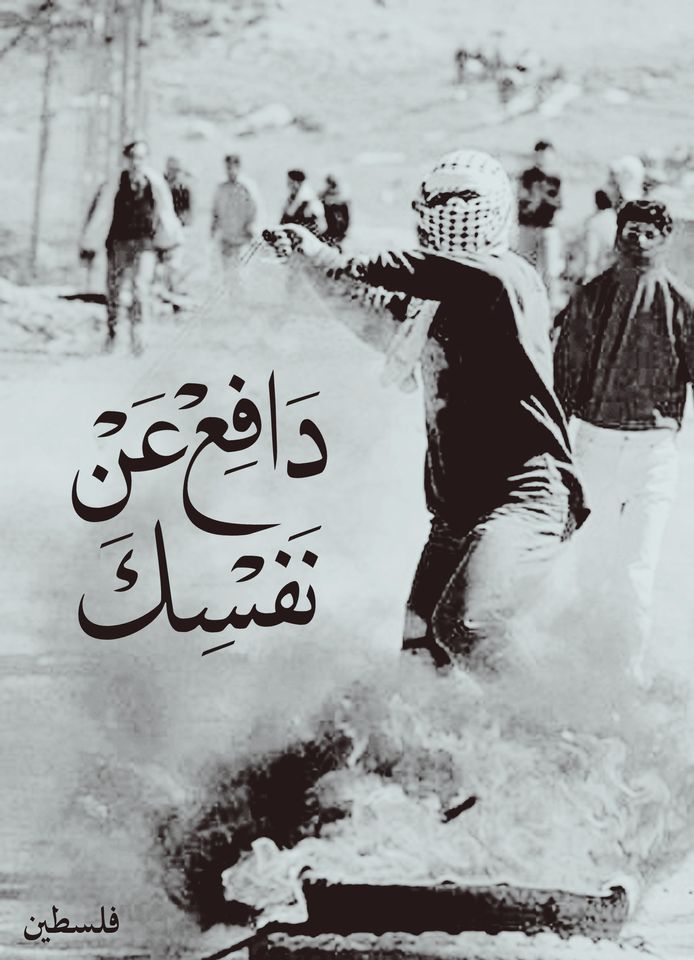 Work on show at the Aleppo festival

As the Syrian conflict raged on into its fifth year, we reported on the difficulties faced by the country’s artists, at home and abroad. We spoke to the Syrian-Armenian photographer Issa Touma, who defiantly staged the 12th annual Aleppo International Photography Festival in the war-torn city as a way of giving its citizens one day of normality in the year. We spoke to some who stayed and to others who fled in fear of their lives, only to find crossing into neighbouring Arab countries becoming ever more complicated. 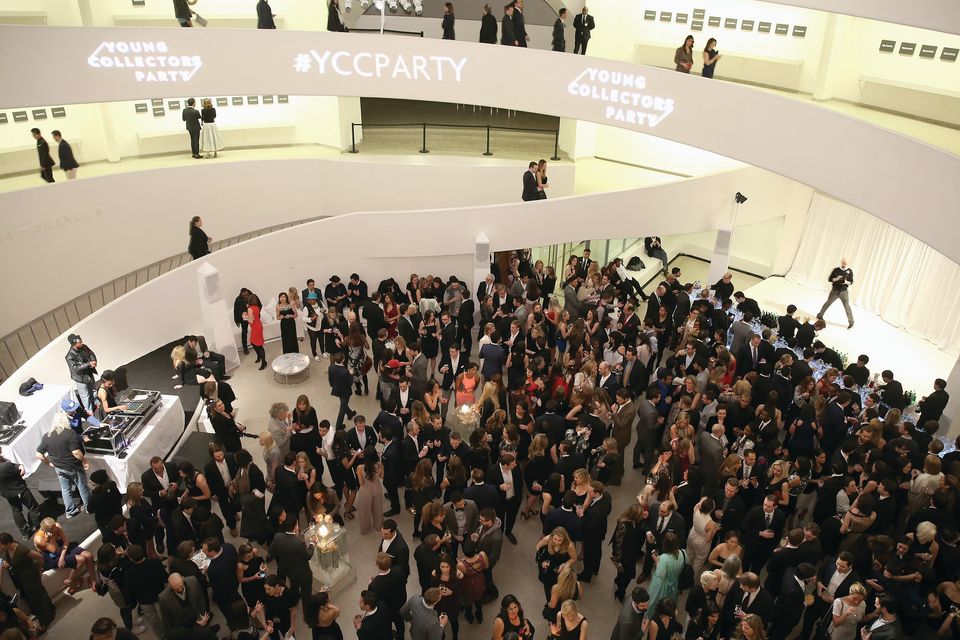 Following our annual museum-attendance survey, we calculated that, out of nearly 600 exhibitions at 68 US museums, 30% of prominent solo shows were for artists represented by just a handful of mega-galleries: Gagosian, Pace, Marian Goodman, David Zwirner and Hauser & Wirth. Our findings raised questions about the relationship between museums and galleries. Between 2007 and 2013, 11 out of 12 major solo exhibitions at New York’s Solomon R. Guggenheim Museum featured artists represented by these five galleries. 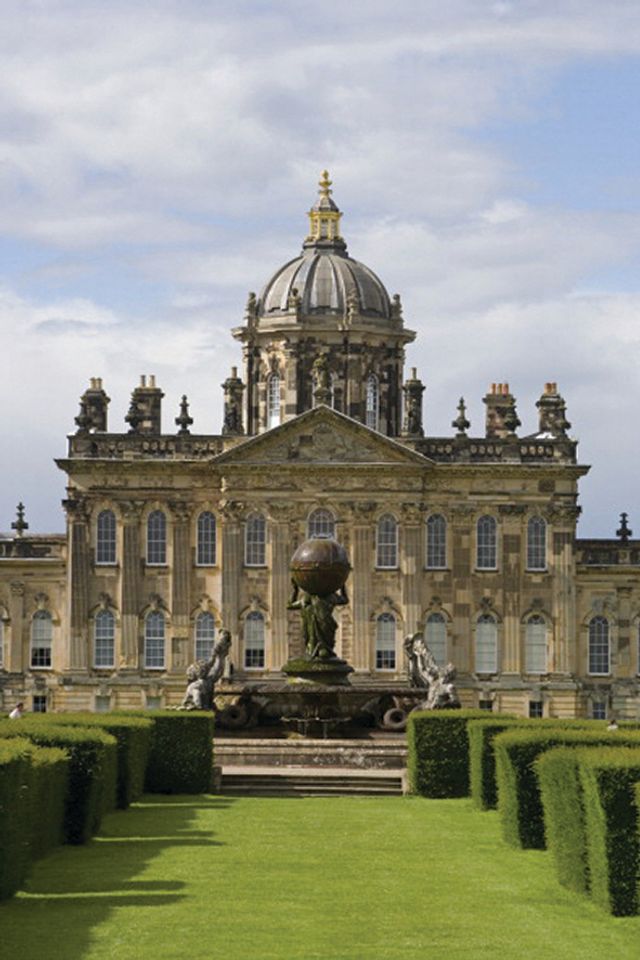 The Venice Biennale wasn’t the only thing on our minds in May. We reported on the extent to which major art collections housed for centuries in Britain’s stately homes, many of which are open to the public, are being broken up and sold at auction, often to finance the upkeep of estates. Major works by artists including Bernardo Bellotto, William Turner and Nicolas Poussin were snapped up by other private buyers because museums could not afford them, meaning that many will disappear from public view for the foreseeable future. 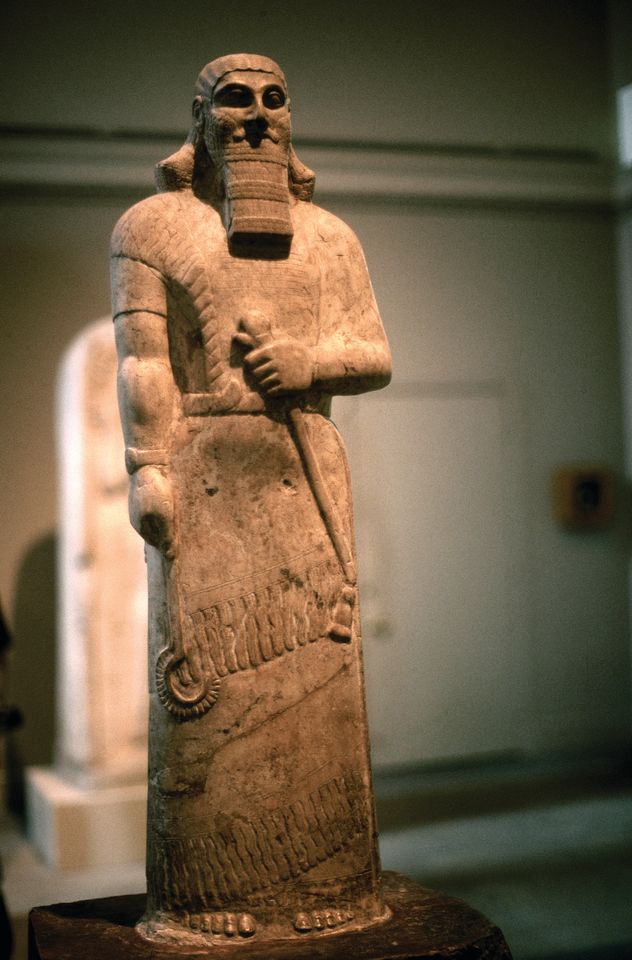 A statue of the Assyrian sovereign Ashurnasirpal II is among items being loaned to Abu Dhabi. Photo: Alinari via Getty Images

The British Museum strengthens links with the Gulf

Abu Dhabi’s Zayed National Museum, which is due to open either next year or in 2017, will be getting long-term loans of works worth hundreds of millions of pounds from the British Museum’s world-class collection of antiquities, including Egyptian, Assyrian, Phoenician and Persian objects. We also reported that some of the pieces under discussion are classed among the museum’s 5,000 “highlights”, usually loaned only for short-term exhibitions. The institution says that no formal agreements have yet been reached. 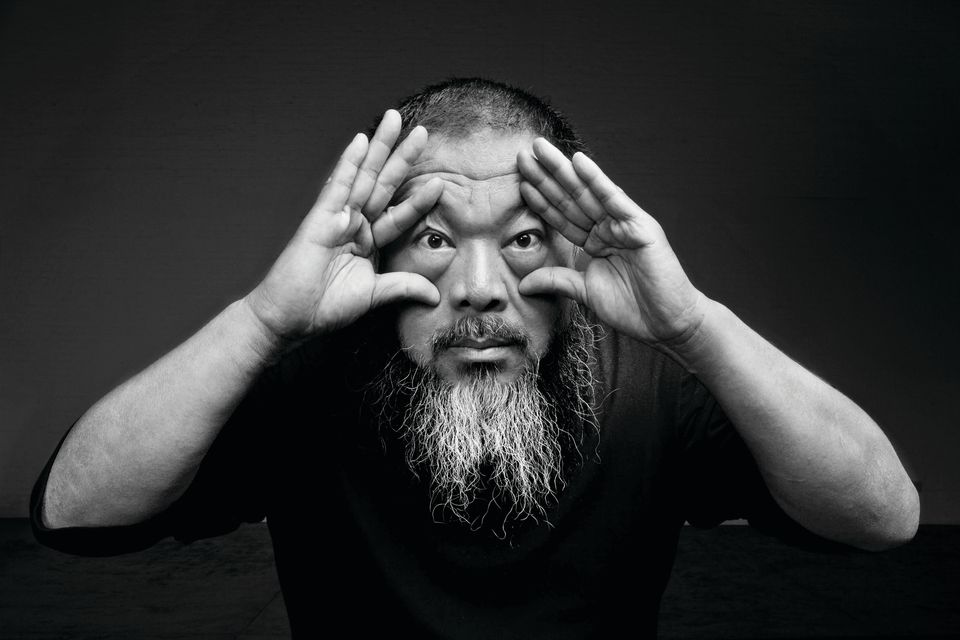 A few weeks before the Chinese authorities returned the dissident artist’s passport, having confiscated it four years ago, we reported that Ai Weiwei had four solo shows in Beijing. This ended an implicit ban, in place since he was held during a government crackdown on political activists in 2011, over alleged crimes of bigamy and tax evasion. His passport was returned in time for the start of his show at the Royal Academy of Arts in September, but he arrived in London only after a Kafkaesque interlude in which the UK Home Office denied him a full visa on the grounds that he had failed to disclose his “criminal conviction”—the same fabricated accusations that had got him into trouble in the first place. 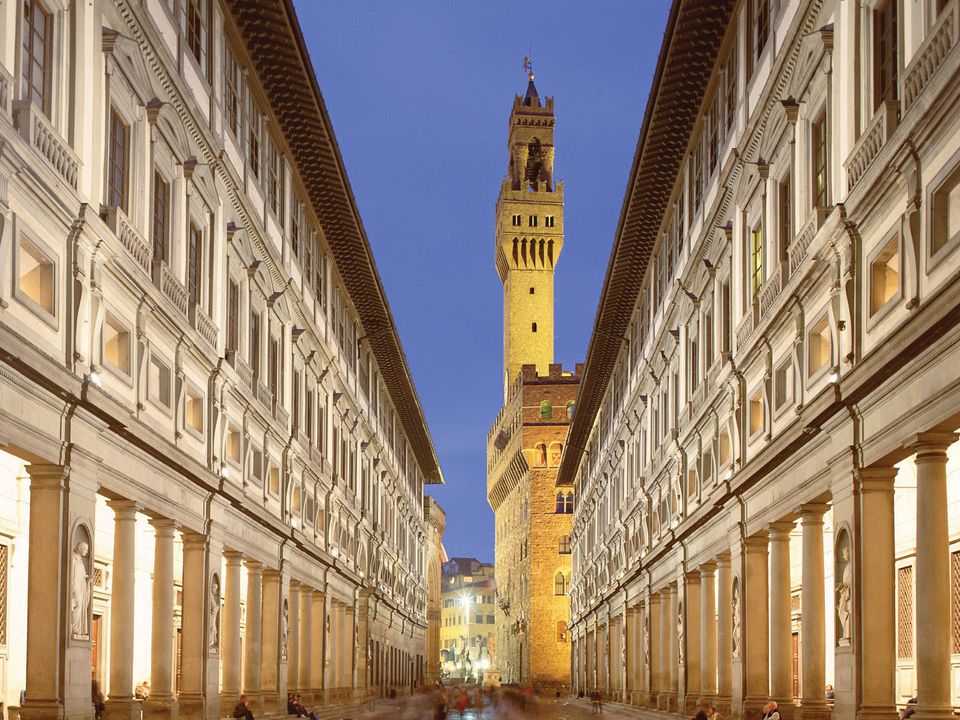 The Uffizi in Florence has a new director

Italy’s state museums have always been in the grip, financially and academically, of an underfunded ministry of culture struggling to maintain its world-famous collections of art. Until recently, the idea of letting foreign, business-oriented directors take them over was unthinkable. But in an unprecedented shake-up, foreigners have been appointed to seven of the 20 new directorships of Italy’s top state museums, including the Pinacoteca di Brera in Milan and the Gallerie dell’Accademia and Gallerie degli Uffizi in Florence. 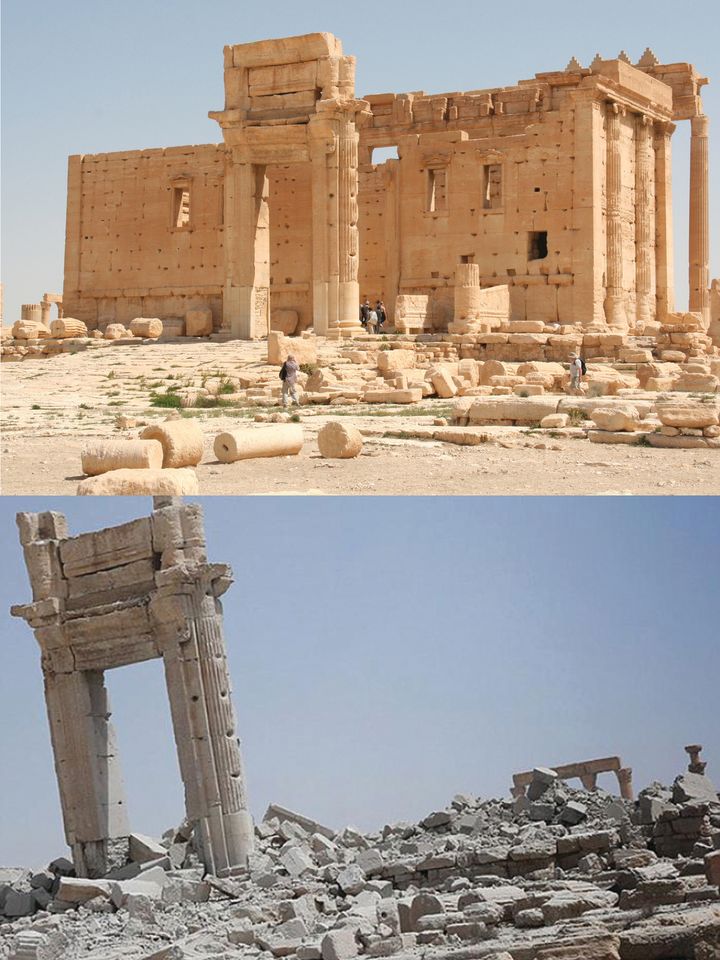 Syria was back in the headlines in October. Our front page was dedicated to efforts by artists to mobilise support for the millions of refugees fleeing the crisis. We spoke to Alfredo Jaar, William Kentridge, Olafur Eliasson, Anish Kapoor and Ai Weiwei, all of whom were appalled by the slow reactions of Europe’s governments. We also spoke to heritage experts about the destruction of Palmyra’s 2,000-year-old temples of Baalshamin and Bel, at the hands of Isil. The temples, and the wider archaeological site, were a crucial part of Middle Eastern history. 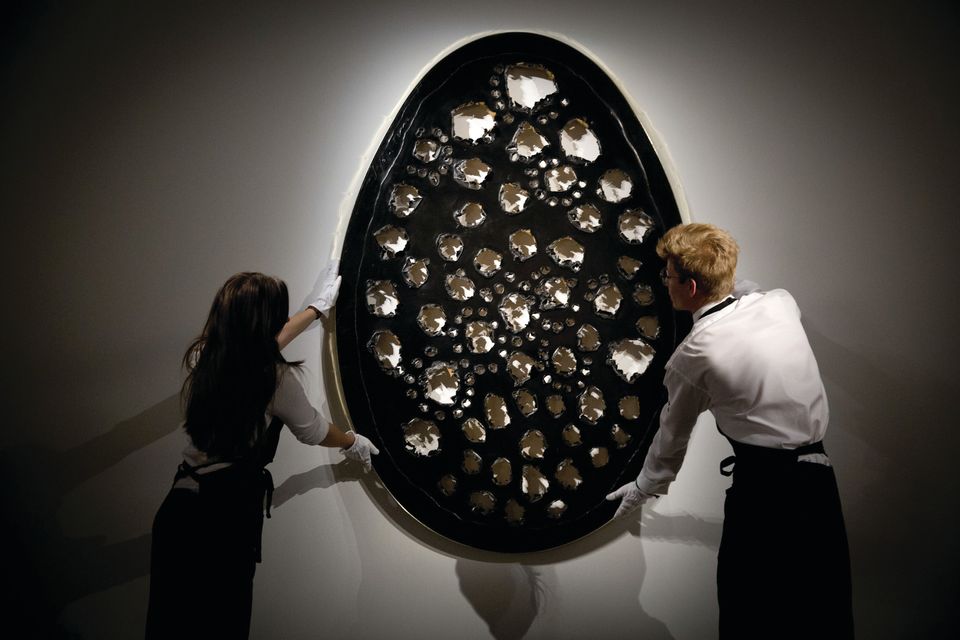 Once a niche market, Italian post-war art has surged in popularity, helped by the dedicated Italian sales at Christie’s and Sotheby’s, which began in 2005 and 2003 respectively. Now, international museums are re-evaluating the historical significance of artists including Lucio Fontana, Alberto Burri, Piero Manzoni, Enrico Castellani and Alighiero Boetti. For the first time, the Italian auctions at both houses fetched more than contemporary evening sales, signalling a move by collectors to favour older, established names, rather than riskier younger artists. Paris brought to a standstill by terrorist attacks

The French capital’s cultural institutions national museums opened under heavy guard on 13 November that left at least 129 people dead and more than 300 injured. All of the city’s cultural institutions, as well as the Paris Tableau and Paris Photo fairs, were shut down during the weekend after the attacks, while Paris’s people mourned and the authorities secured the streets. On the following Monday, national museums opened under heavy guard. Twelve locations, including the Louvre, the Arc de Triomphe and the Panthéon, were planned to remain under armed guard for an indefinite period.