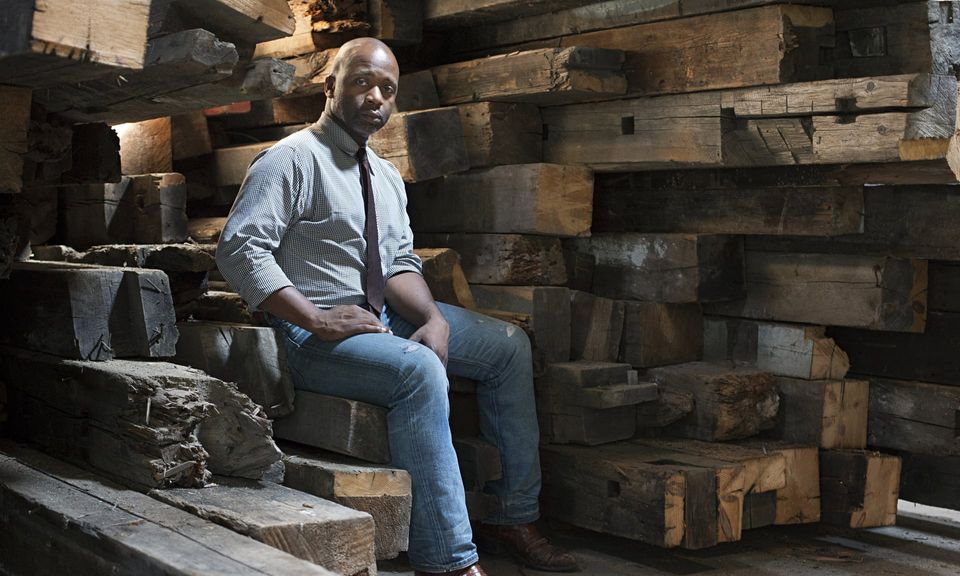 When the Chicago-based artist Theaster Gates first proposed building a temporary roller-skating rink as part of his forthcoming project in the Drill Hall at New York’s Park Avenue Armory, the staff loved the idea. However, the 138-year-old wooden floor of the landmark 55,000 sq. ft space was in terrible shape. Gates offered a solution: “Why don’t I do the floor?”

With the help of carpenters in his Dorchester Industries job training initiative, part of his non-profit Rebuild Foundation, Gates is supplying 20% to 25% of the timber for a new floor and preparing it in a mill he was able to open thanks to funding from the Ford Foundation. “We are not hardwood floor manufacturers, but when a big idea comes up, it is fun to think about how that work can support jobs,” Gates says.

The Seventh Regiment Armory, completed in 1881, is part ornate monument of the Gilded Age and part industrial wonder. The main building has 18 period rooms designed by masters of the American Aesthetic Movement including Louis Comfort Tiffany, Stanford White, and Herter Brothers. The massive Drill Hall—where the soldiers of the Seventh Regiment of the New York Militia, the Armory’s original residents, would practice their drills—is a striking example of iron frame architecture and one of the largest column-free interiors in the city. But despite it being named a National Historic landmark in 1986, the state-owned building had fallen into such disrepair by the 21st century that many of the rooms were closed off due to falling plaster, and the World Monuments Fund listed it as an endangered historic site in 2000.

That was before the non-profit Park Avenue Armory Conservancy took up a 99-year lease on the building in 2006, with the aim of turning it into an arts venue. Since 2011, the conservancy has been leading a $210m restoration led by the Swiss architects Herzog and de Meuron with the New York firm Platt Byard Dovell White Architects. So far, $155m has been spent on the restoration of four of the historic rooms, cleaning and stabilising the exterior brickwork, major infrastructure and mechanical updates.

In a statement, the Armory said that “when the repair process [on the floor] began in August 2018, it was a patchwork of cracked boards, with a deteriorating structure beneath, presenting real safety issues”. Instead of continuing decades of temporary fixes, it decided to replace the floor entirely. The $4m project will be supported by $1.925m in capital funding from New York City, along with other public and private money. 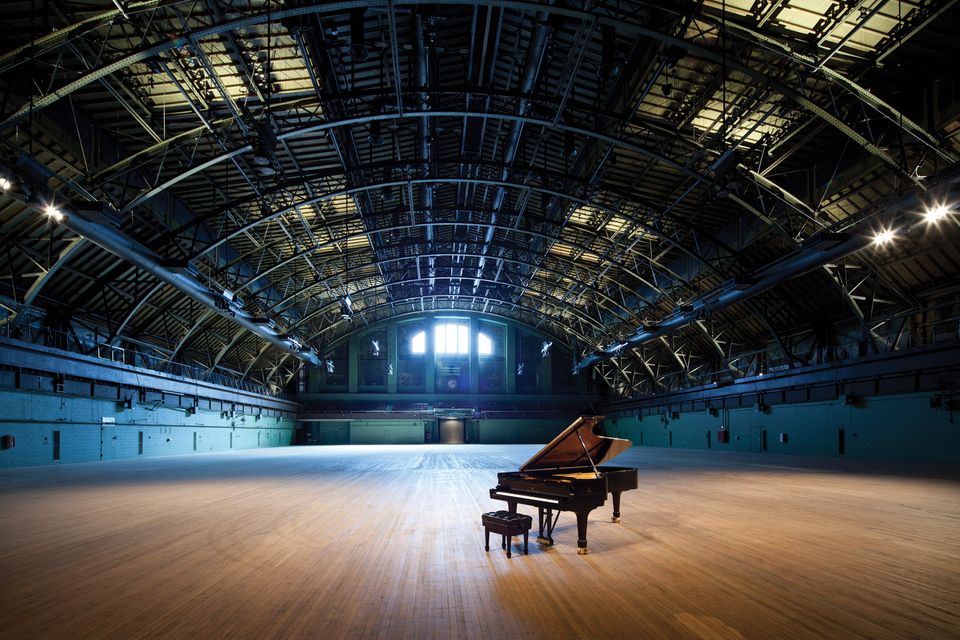 Klaas Armster, one of the suppliers for the project who specialises in reclaimed wood, says there was an attempt in 1921 to replace a section of the floor, originally made with Georgia yellow pine, but such trees were already hard to come by in the US due to deforestation. Gates’s team was able to salvage similar material from sources mostly on the East Coast, including the beams of a demolished 19th-century building, the former Domino Sugar Refinery in Brooklyn, and even from the Armory itself. As the Armory’s founding president Rebecca Robertson explained, when two modern elevators were installed, the wooden beams supporting them had to be replaced by steel.

The restoration of the Armory’s floor allows Gates to bring his Black Artist Retreat, an annual event in Chicago, to New York this October. The two-day event will include roller skating, music and performances, as well as the installation of Gates’s disco-ball-like “housebergs”—seven-foot-tall, multi-faceted sculptures that rotate and reflect light. It will also allow other ambitious installations, dance, music and theatrical productions to be realised.

“So much of my work tackles infrastructure and the framing mechanisms of things,” says Gates, whose art is anchored in social practice and rebuilding. “When the Armory suggested that they were reconstructing their floor, it was the right kind of intervention [for me]—no need for making work, I’ll build the platform for other people’s works. I love the underbelly that allows other things to happen.”