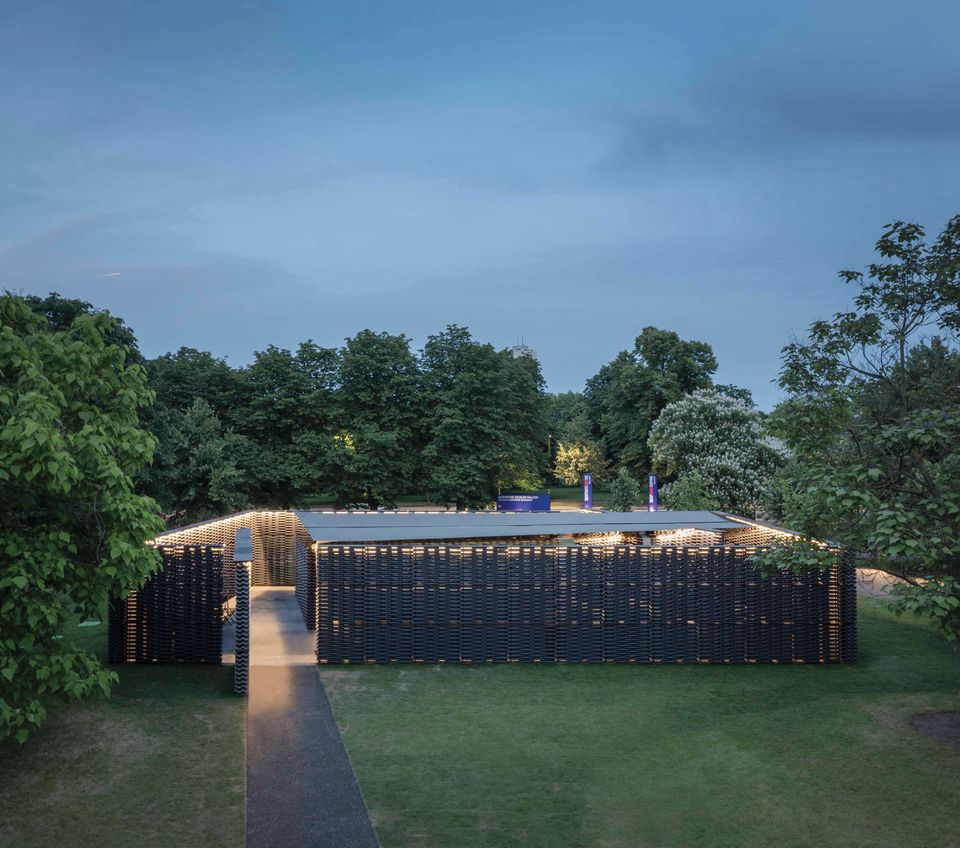 Frida Escobedo’s Serpentine Pavilion may have closed last weekend in London’s Kensington Gardens, but a buyer has come forward to display it elsewhere. The Therme Group, a Vienna-based technology company which develops thermal spa facilities, was a sponsor of the Mexican architect’s commission for the Serpentine Galleries this summer (15 June-7 October) and has now acquired it for an undisclosed sum.

Escobedo’s latticed concrete structure will be re-installed at a still-unannounced location as part of the Therme Art Program, launched at the 2017 Frieze art and architecture conference in London. The programme’s advisory board includes Hans Ulrich Obrist, the Serpentine’s artistic director, the auctioneer Simon de Pury and the architects David Adjaye (an adviser on the Serpentine Pavilion since 2016) and Francis Kéré (who designed the 2017 Pavilion).

The initiative aims to present “large-scale, complex and long-term art projects” at the firm’s thermal baths and in other public spaces, a spokeswoman says. The artist Egill Sæbjörnsson, who represented Iceland at the 2017 Venice Biennale, is working on the first: a site-specific fountain installation with video animations. Therme Group facilities are currently under development in Europe, North America and Asia, according to the company’s website.

Escobedo’s pavilion is just the latest Serpentine architectural commission to find a new home after its three-month run in London. The first Serpentine Pavilion, designed by Zaha Hadid in 2000, became an events venue at the Flambards Theme Park in Cornwall and Smiljan Radic’s UFO-like pod from 2014 sits within the grounds of Hauser & Wirth Somerset. Sou Foujimoto’s ethereal “cloud” from 2013 is temporarily located in front of Albania’s National Gallery of Arts in Tirana, courtesy of the Luma Foundation, and Kéré’s wooden pavilion sold last year to the Ilham Gallery in Kuala Lumpur, Malaysia.

The Serpentine’s former director Julia Peyton-Jones, who conceived the annual pavilions programme, wrote in the catalogue for Bjarke Ingels Group’s Pavilion in 2016 that it is a “prerequisite” for each structure to be acquired after its presentation by the UK institution. “This vital aspect of their funding also determines that they will have a life after their time at the Serpentine,” she said.