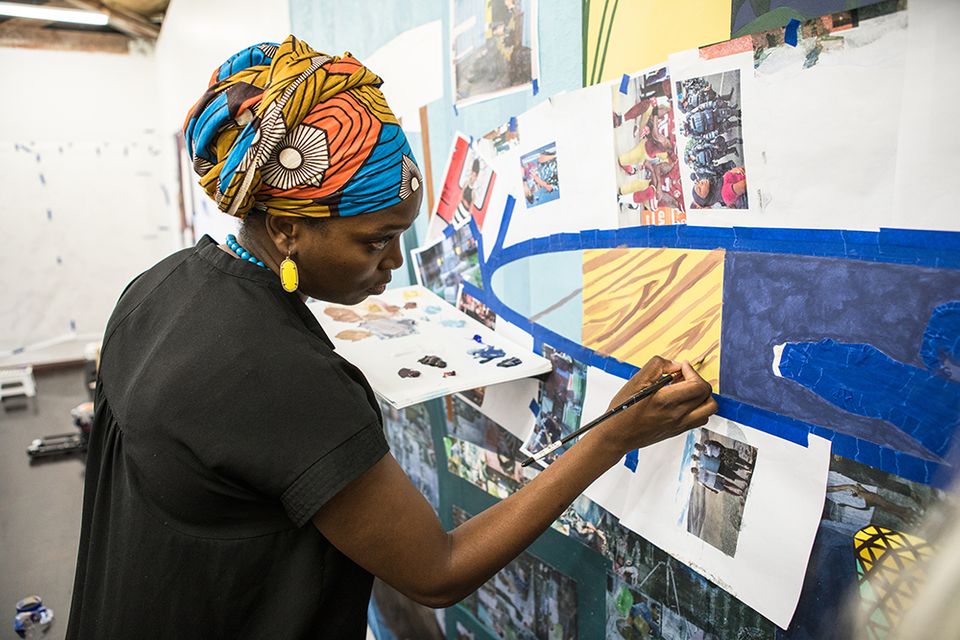 Three visual artists—Dawoud Bey, Njideka Akunyili Crosby, and Trevor Paglen—are among the 24 recipients of the MacArthur Foundation’s “genius” award. As fellows, the artists each receive $625,000, which the foundation distributes over a five-year period; what they do with the money is up to them.

Commended for developing “a representational strategy for understanding culture and history from multiple viewpoints all at once,” Crosby, the Nigerian-born figurative painter, is best known for her intricately collaged canvases that pull from newspapers, photographs, and commemorative textiles. Her work is a multi-layered distillation of transnational experience and cultural hybridity. It’s also frequently personal, featuring portraits of her close family members. Crosby’s solo exhibition at the Baltimore Museum of Art, Front Room, opens on 25 October.

The Chicago-based photographer Dawoud Bey has refined what the foundation describes as an “expansive approach to photography”. His considerably large and colorful portraits, particularly those of high school students in the series Class Pictures (2002-2006), incorporate the lives and desires of his sitters, sometimes through written texts. Known for facilitating dialogues and community out reach around the exhibition of his works, the photographer and educator is also, according to the foundation, “making institutional spaces more accessible to the communities in which they are situated”.

A conceptual artist whose work makes visible some of the most hard-to-see places in the world, Trevor Paglen is best known for deploying telescopic technology to his photography in order to document secret military bases and prisons. More recently, Paglen has explored artificial intelligence and experimented with facial recognition software, such as in his current exhibition A Study of Invisible Images, on view at Metro Pictures gallery in New York through 21 October. The foundation singled out Paglen’s work for “examining the ways that human rights are threatened in an era of mass surveillance”.