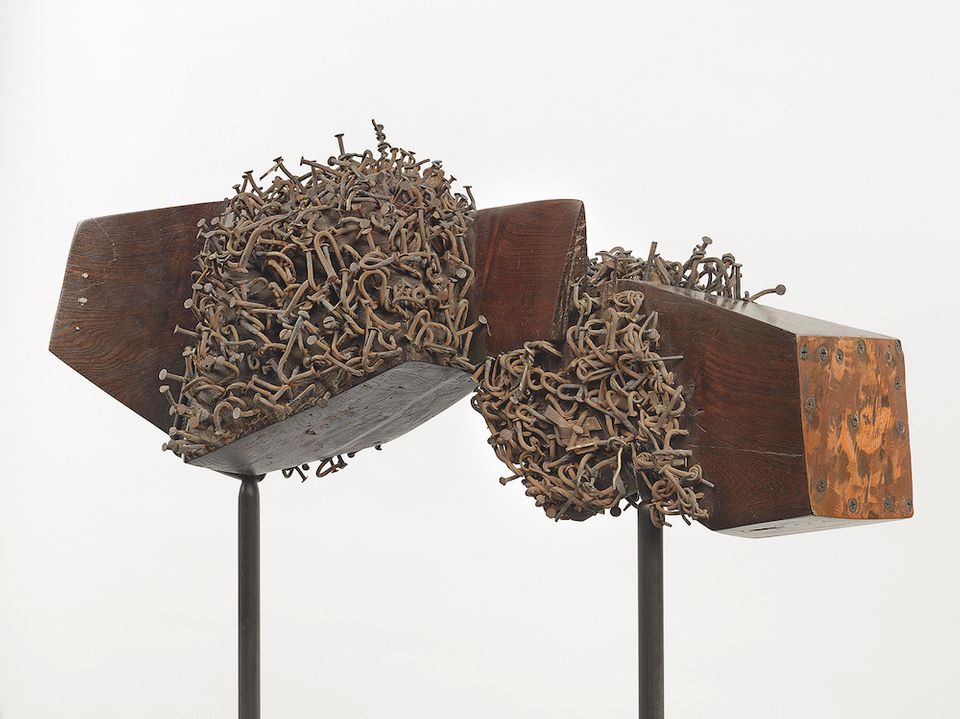 Eclipsed for decades by her male counterparts in the Land Art movement, Nancy Holt is having a moment. Last March, the Dia Art Foundation acquired Sun Tunnels (1973-76), her visionary art project in the Utah desert, and now (15 September–16 February) it is exhibiting two room-size installations in its Chelsea space that helped lay the groundwork for that mind-bending creation. Working from plans, it has recreated Holt’s Holes of Light (1973) and Mirrors of Light (1974), in which projected light creates an interplay of reflection and shadow. As light refracts through the spaces, you might pause to meditate on the very nature of perception.

The group exhibition Visual Language at Faction Art Projects (14 September–6 October) presents a series of text-based works by more than 10 contemporary artists and art collectives. Among the highlights is Jenny Holzer’s Inflammatory Wall, a celebrated series of rapturous essays the artist produced from 1979-1982 that critiques power structures. The show also features works by Wayne White, Betty Tompkins, Ramsey Dau, Ed Ruscha and the Guerrilla Girls, including a series of posters by that feminist art collective that deal with sexual harassment in the art world and a lack of diversity in museums. The show is running simultaneously in Los Angeles at Subliminal Projects, where it opened last week.