From a meditation on power to female sexual awakening 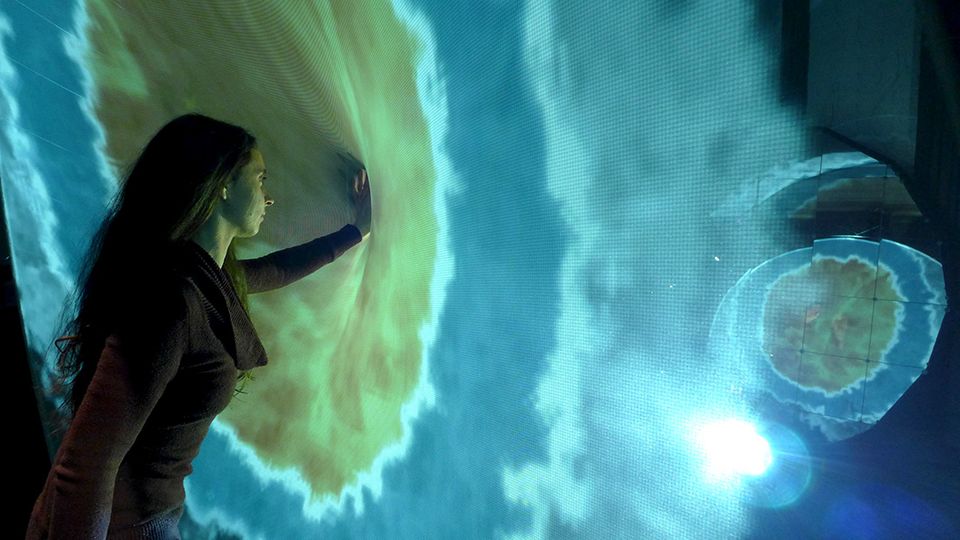 What does power mean? As part of a yearlong focus on this theme, the Rubin Museum of Art’s exhibition The Power of Intention: Reinventing the (Prayer) Wheel explores the “power of mind, intention and activation”, says Elena Pakhoutova, the museum’s curator of Himalayan arts. The show juxtaposes contemporary works with some of the museum’s vast collection of Buddhist artefacts used as intentional ritual implements. Some works require participation, such as the French artist Scenocosme’s Metamorphy installation, a mesh screen that creates varying psychedelic bursts of colours when activated by human touch. Others suggest the elucidation of art and meditation, such as the Taiwanese artist Charwei Tsai’s Spiral Incense, in which the artist has inscribed Buddhist mantras on sculptural incense sticks that will be broken and dispersed to interested visitors when the show closes on 14 October. “People often mistake that power must be given to them, but power exists within all of us and between us”, Pakhoutova says.

Dark Spring, the group show at the Lower East Side gallery Sargent’s Daughters (until 17 March), explores the shadowy recesses of female sexual awakening. Surreal figurative ceramic works by Shary Boyle, such as an outstretched hand cradling a raspberry that is being prowled by a giant tarantula, suggest the rapacious consumption of youth, while Sarah Slappey’s suggestively biomorphic paintings and Brandi Twilley’s moody nudes toe the line between being timidly sensual and dangerously erotic. Titled after the 1967 novel of the same name by Unica Zürn, which chronicles a teen girl’s masochistic fantasies that eventually consume her, the show is a sumptuous aperitif to the vernal equinox that heralds the arrival of warmer weather—and perhaps even feverish desires.

Visitors to the Metropolitan Museum of Art's American wing can see something that (somewhat surprisingly) has never been shown before in this part of the museum: an exhibition of Native American artefacts. Art of Native America: the Charles and Valerie Diker Collection (until 6 October) has 116 works from the collection of the US couple, who recently gave 91 pieces to the Met to “be presented as American art rather than tribal art—Perhaps to recontextualise what we define as American culture”, Charles Diker says. The works, ranging from the second to 20th century and representing 50 cultures in the US and Canada, include ceremonial objects, weapons, sculptures, ledger drawings and garments. A full-length dress from the Wasco tribe of the north-western US, intricately made in leather, glass beads, elk teeth and shells, is one of the collectors’ most prized pieces. Head to the Met’s Modern and contemporary wing to explore the parallels, according to Diker, between “anonymous Native American creators and artists like Jackson Pollock and Mark Rothko, who were inspired by, and able to translate, the abstraction of Native American art in their own work”.