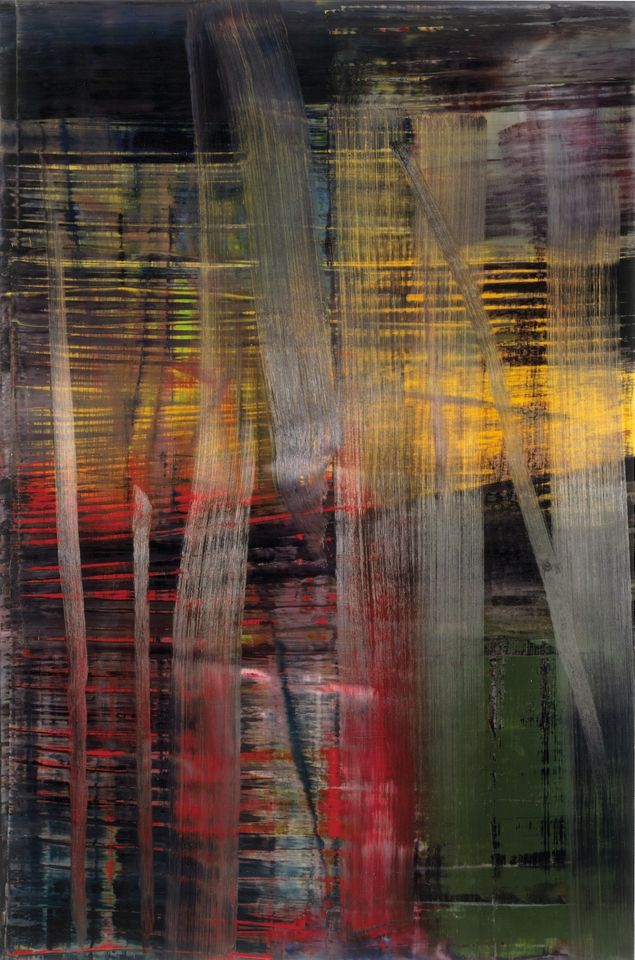 The final exhibition on view at the Met Breuer before the Metropolitan Museum of Art closes the outpost this summer is the sprawling retrospective Gerhard Richter: Painting After All (until 5 July). The show opens with the artist’s abstract grayscale painting Table (Tisch) (1962), a work Richter based on a photograph in a design magazine that reflects on consumerism and advertising in West Germany during the Cold War period. The piece, one of around 100 works of art in the exhibition, demonstrates Richter’s conceptual use of common motifs to critique social and inner struggle, which he did in both abstract and photo-realistic styles. The show is a crash course on the German artist for the uninitiated and includes a series of pieces that have never been shown in the US, including the rhythmic 12-panel suite Forest (Wald) (2005), which reference the trees that gave some Nazi concentration camps their names.

Jonathan Berger’s An Introduction to Nameless Love at Participant Inc presents wildly elaborate sculptures that tell non-traditional narratives of devotion. Comprised of tens of thousands of tin letters hand-soldered in configurations that evoke doorways, ribbons, globes and more—the reverence for the craft becoming a state of nameless love in its own right—these narratives detail stories of non-romantic love that buoy our lives. The piece Untitled (Richard Ogust) (2019) details the love relationship between a man and his turtles: What began with Ogust's saving the life of a turtle found in a late-night Chinatown boîte led to his housing about 1,500 such creatures in his Tribeca loft. “Relationships with people are about a hundred different things at once,’’ the sculpture's text reads. “With an animal, you know much better what is going on, what you are doing and what you are feeling." One is left feeling that Berger, above all else, truly believes in beauty—both in its godly ubiquity and in its godly powers.

In his first solo museum exhibition, the Brooklyn-based “post-graffiti” artist José Parlá explores the influence of the streets—specifically the Bronx, where he moved after studying painting at the Savannah College of Art & Design and Miami Dade College: New World School of the Arts—on his work. José Parlá: It’s Yours at the Bronx Museum of the Arts (until 16 August) brings together a series of recent paintings, murals and collages that mix elements of abstract art and graffiti while nodding to the borough’s culture. The show aims to “encourage viewers to question ownership in New York’s rapidly changing neighbourhoods”, according to signage in the exhibition. The artist is also being prominently represented in Ben Brown’s booth at the Armory Show this week alongside artists such as Hank Willis Thomas and Awol Erizku.