Three exhibitions to see in São Paulo this weekend 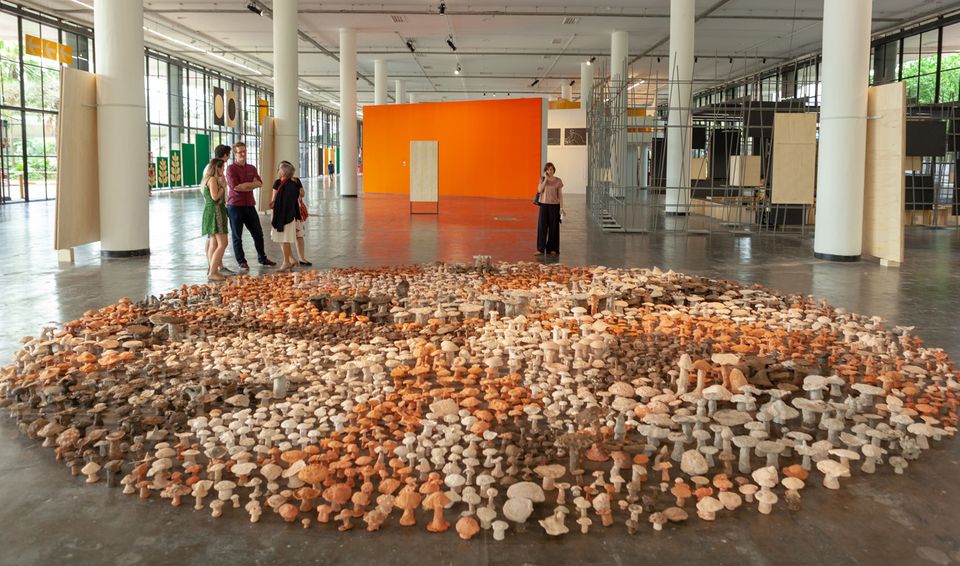 Gabriel Pérez-Barreiro’s decision as chief curator of the 33rd Bienal de São Paulo to give seven artists complete freedom to conceive their own group shows in the cavernous Pavilhão Ciccillo Matarazzo is making waves. His biennial, entitled Affective Affinities (7 September-9 December), challenges the 21st-century myth of the god-like super-curator whose “thesis is the primary motive and attribute of an exhibition”, he says. The Swedish artist Mamma Andersson, one of Pérez-Barreiro’s chosen artist-curators, has selected works by long forgotten early 20th-century Swedish artists such as Carl Fredrik Hill. Another artist-curator, the UK-based Claudia Fontes, is showing works by Ben Rivers, Katrin Sigurdardóttir and Daniel Bozhkov that prompt the viewer to stop and take stock in a tumultuous world (Rivers’ film, You Can’t Imagine Nothing, 2018, focuses on a sloth lounging in foliage). Meanwhile, 12 solo projects organised by Pérez-Barreiro include a mini-retrospective of works by the late Brazilian artist Lucia Nogueira whose subtle and humorous installations incorporate everyday detritus such as plastic bags and soda cans. Another special exhibition presents the delicate embroidered pillows and blankets made by the late Paraguayan artist Feliciano Centurión following his diagnosis with HIV (the word Reposa, or rest, is meticulously sewn on to one of the pillows).

Afro-Atlantic Histories at the Museu de Arte de São Paulo Assis Chateaubriand (until 21 October) explores the ebb and flow of Africans across the continents, and the status of immigrants in Brazilian society, through 450 works by 214 artists. This sweeping examination of Brazil’s racial history across eight thematic sections includes numerous key loans such as A Young Black Boy (around 1770) by Joshua Reynolds lent by the Menil Collection in Houston. Brazil’s role in these cross-cultural “histories” is crucial as millions of Africans were imported to the country over a period of 300 years. In The Tip of the Dungeon (1816-21), for instance, Henry Chamberlain shows slaves chatting serenely in Rio de Janeiro. Fast forward two centuries and a video produced by a trio of artists including Edu Carvalho looks at everyday violence against black people in Brazil (Intervention in Rio: How to Survive an Improper Approach, 2018).

Brazilian audiences are lapping up the exciting, experimental practices of more than 120 Latin trailblazers in Radical Women: Latin American Art 1960-85 at the Pinacoteca de São Paulo (until 19 November). Several works reflect the reality of life under totalitarian rule. Gloria Camiruaga’s Popsicles video (1982-84) shows young women licking ice lollies containing plastic soldiers and reciting prayers; in the context of Augusto Pinochet’s reign in Chile, Camiruaga’s audacious work stands out as an act of defiance. Jochen Volz, the director of the Pinacoteca, says that “it was mainly women artists who pioneered experimentation with new forms of expression, like performance and video art, among others”. This version of the show includes works by the Brazilian artists Wilma Martins, Yolanda Freyre, Maria do Carmo Secco and Nelly Gutmache, which were not included in the iterations at the Hammer Museum in Los Angeles and new York’s Brooklyn Museum.