Deborah Kass, Natalie Frank and T.J. Wilcox tell us what they would like to see the museum do in the Madison Avenue space

We asked three New York-based artists—Deborah Kass, Natalie Frank and T.J. Wilcox—to tell us their hopes and dreams for the Met Breuer, which is due to open on Madison Avenue on 18 March. Here is their advice to the Metropolitan Museum of Art, which is leasing the space from the Whitney Museum for eight years. 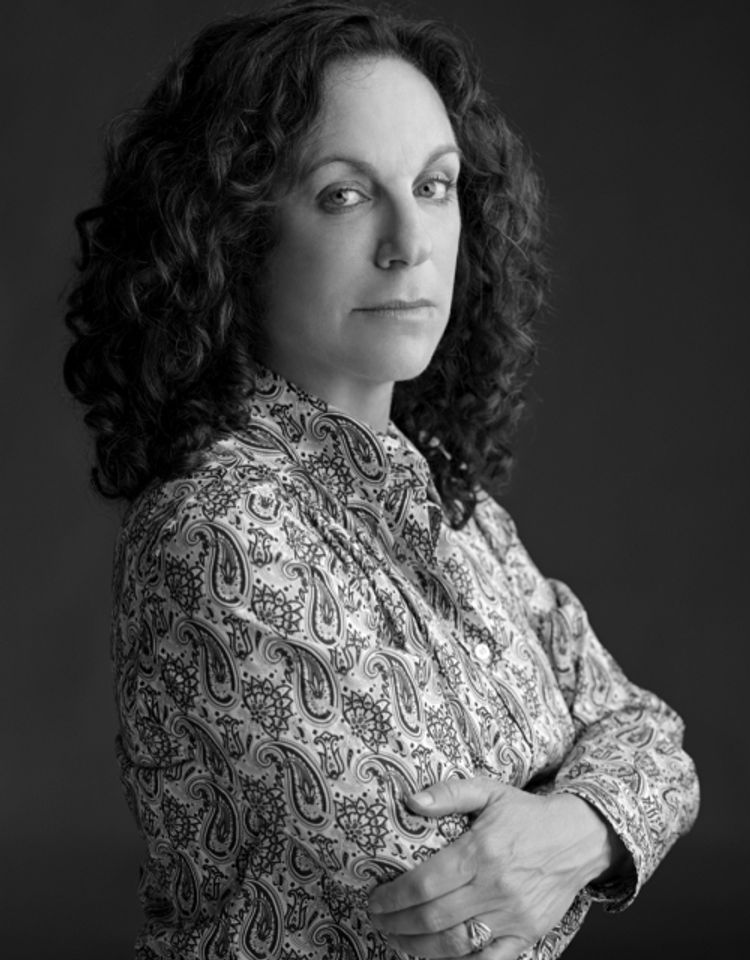 Deborah Kass You ask a very salient question. Why will this museum be different from all other museums?

Museums seem to be stuck in the passions and prejudices of the youth of their directors and curators. This has lead to a blandness, predictability and homogeneity among places presenting contemporary art in New York, from galleries to museums. If the institution is being led by baby boomers, which all are, you have seen presented over and over (now for decades) what those people thought interesting in their formative years, the 1980s or early 90s.

I personally would love to see the influence of the next generations who had different educations from mine, ones that strove to include the voices of people other that the white men of the canon, which were drilled into our heads and have forever influenced our ideas of greatness to the point of caricature and shaped the art market to the point of absurdity.

It is this version of history that has had a death grip on our cultural institutions for far too long, making their very relevance a question. The half-hearted attempts at diversity, minor noodling with the canon, and “re-presentations” of collections are not enough. New histories are needed, a major reboot, if these institutions want to be relevant to future audiences that will be looking to see their own experiences reflected in the histories of art.

Ideas for remedial shows are potentially endless. A favourite fantasy show of mine that could change some old rusty ideas is a show about 70s painting. It would highlight the connection between feminism and New York School abstraction in the 70s and its influence on painting of the 80s. How about a survey of painters from the 80s who weren’t white men? Another of my favourite fantasy shows is called “The Cube Show”, showing the history of postwar sculpture into the 21st century through the use of one form.

There is some of that overdue revisionism going on and I will be thrilled to see Kerry James Marshall’s retrospective [at the Met Breuer this autumn], one of the most important painters of my generation.

But until this re-evaluation includes women, incredibly important pieces of art history continue to be wilfully, almost petulantly omitted.

Unless women of all races and ethnicities are included in collections of museums at the same rate as their male contemporaries, viewers will continue only get half the picture or less. This is disservice to everyone, especially future generations. 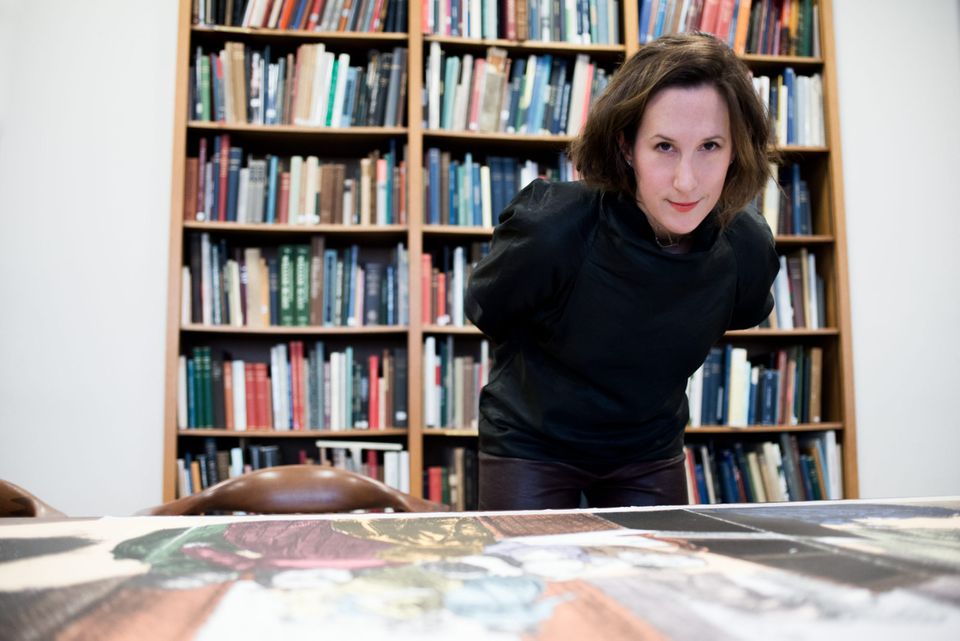 Natalie Frank The Met has a comprehensive collection, unlike any other in the United States and one of the finest in the world. The ability to draw on this history and these objects can reframe Modern and contemporary art in thrilling ways. The Met has always meant a great deal to me: it was the first place I saw Tiepolo, Velazquez, Kathe Kollwitz, Tiffany glass, Egyptian carvings, Congolese sculpture and Lucian Freud, in real life, all under one roof—as a young artist. Tracing figuration at the Met, through different histories, sparked ideas about what I wanted to paint and draw.

The Met’s wonderful series, The Artist Project (in which I had the chance to speak about Kathe Kollwitz in the museum) was a brilliant way to begin the conversation between the contemporary and the historical.

Kerry James Marshall is one of the most astounding and empathic and complex painters today and that the Met is doing his first retrospective [in October] is quite a way to begin! That he will also sel ect objects from the collection feels thrilling and what a chance to feel the artist’s presence.

The new Whitney seems to have upped the bar for what a museum can do in New York and for American art: the architecture and installation and inaugural exhibitions make both the older feel fresh, and the recent engaged in an illuminating dialogue. The Brooklyn Museum has been moving at lightening speed to redefine what a museum can be. What an exciting time for the Met, which has the opportunity to draw from all over the world and these histories, stretching dialogues in unexpected and unbounded ways. 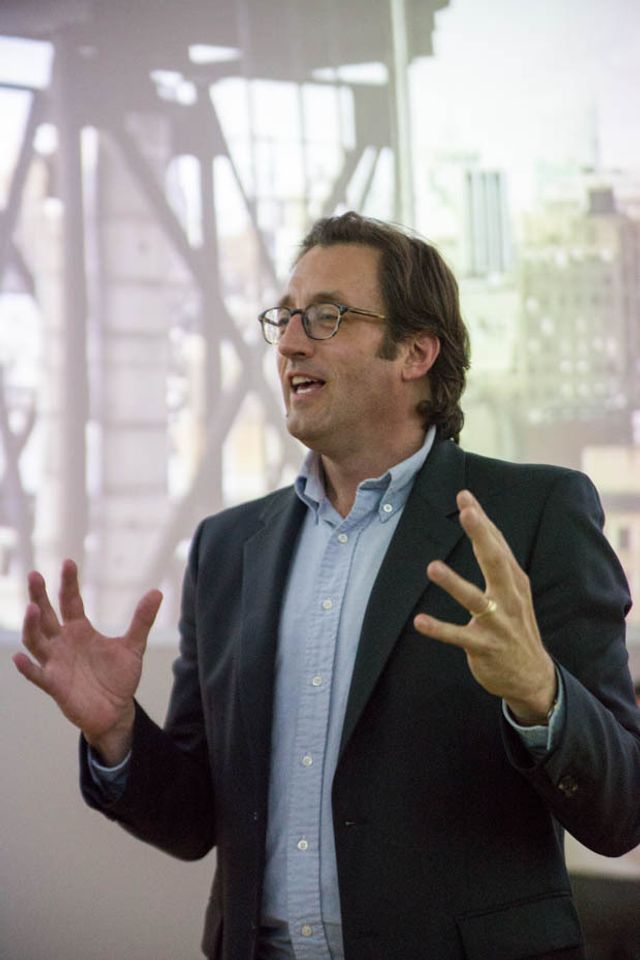 T.J. Wilcox I think the Met has a real opportunity to use the Breuer building almost like a kunsthalle. It doesn’t need to be a space that presents an encyclopaedic narrative of contemporary or Modern art, the way the Museum of Modern Art does. When the Whitney occupied the space, they were so generous to me in that way — they really were open to taking a risk and letting me use the space for a piece that nobody had seen before. [Wilcox’s panoramic film installation, In the Air, debuted at the Whitney in 2013.] I hope the Met will continue that.

It’s fantastic to present works that are part of their collection and haven’t been available to the audience in New York. But I hope they will set aside space or make a priority out of working with artists who are realising new projects and let people use the space in ways that haven’t been imagined before.

They are also a museum in the most classical sense — they have the art of so many cultures and artefacts that span so many centuries of human creativity. It would be interesting if those collections were made available to artists who wish to use them. I think there is a lot of interest in that now. The Whitney offered to let me curate a show from their collection. I felt a responsibility to get to know the collection before I could make my choice of just a few objects to show. At the Met, this task would be tenfold as complicated. But I can imagine all kinds of juxtapositions.