Three photography exhibitions to see in London this weekend

As Photo London fair kicks off in the capital, we pick out three other shows and events for photography fans 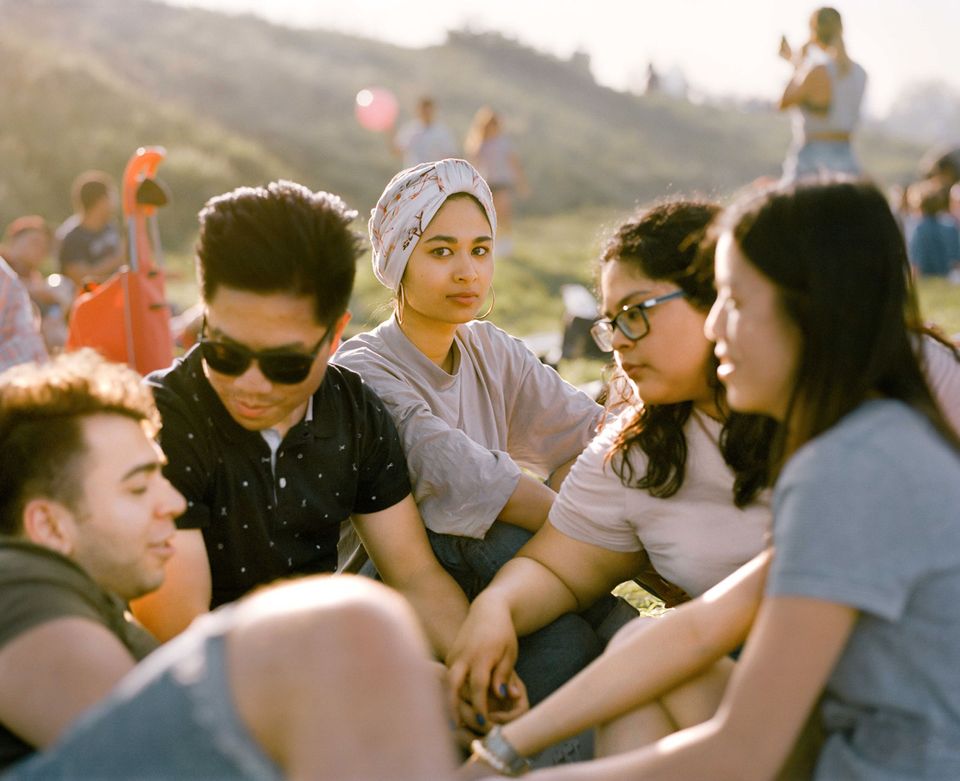 One of the photographs from Max Miechowski's Burgess Park (2018) series, which will be on show at Copeland Gallery for Peckham 24 © Max Miechowski

The fourth edition of Peckham 24 (until 19 May; free) continues the not-for-profit organisation’s aim to highlight young and emerging photographers in south London and is the ideal counter to the fair fatigue that can befall even the keenest of visitors to Photo London. This year’s edition is the biggest yet, with eight exhibitions in and around Copeland Park and the Bussey Building, featuring more than 35 artists and photographers. Among the highlights will be two projects charting journeys across Europe: Michal Iwanowski’s Go Home Polish chronicles a walk from Wales—where he saw the titular xenophobic graffiti—to Poland, while Tom Hunter’s Le Crowbar follows a double-decker party bus/café. Other highlights will include Max Miechowski’s Burgess Park celebrating the south London park, and the group exhibition Rehearsing the Real curated by the photographer Tom Lovelace, which will include a live collaborative work that will unfold over the weekend inside a dodecagon-shaped structure.

The focus at The Photographers’ Gallery this weekend will probably be the Deutsche Börse prize show, with the winner having been announced yesterday. However, do not miss the small but nonetheless powerful Dialogues with Solitudes exhibition (until 2 June; tickets £5, concessions available). This is the first significant exhibition of work by the US photographer Dave Heath in the UK and is named after his 1965 book that captured the feel of post-war American, which has been compared to the folk protest songs of the era. Heath would often hang around and photograph in the Seven Arts Coffee Gallery where the beat poets would be. The beautiful and intimate black-and-white portraits in the exhibition capture Heath's subjects seemingly unawares and lost in thought, taken with a long lens and trying not to intrude on these fleeting moments. Particularly powerful are the tender images of resting soldiers in Korea in moments of repose and contemplation.

The French photographer Bénédicte Kurzen and Belgian photographer Sanne de Wilde extend the duality of their professional collaboration to their latest subject in the Land of Ibeji (until 22 June; free) at TJ Boulting. The award-winning series examines the mythology of twins in the Yoruba region of Nigeria. The area is home to around ten times more twins than any other place in the world, allowing for those who share a womb to simultaneously occupy collective sites of fascination and widespread fear. Kurzen and de Wilde have travelled to several locations where the treatment of twins varies dramatically, from a town that touts itself as the “Twin Capital of the World”, to an orphanage within an area where twins are routinely killed because they are believed to possess evil powers. The photos are otherworldly and sometimes edited heavily to produce ghostly looking figures. Metaphors of balance abound in the compositions and in many, the application of two colour filters over one another serves as symbol of duality—two competing yet inextricably linked halves producing one whole.