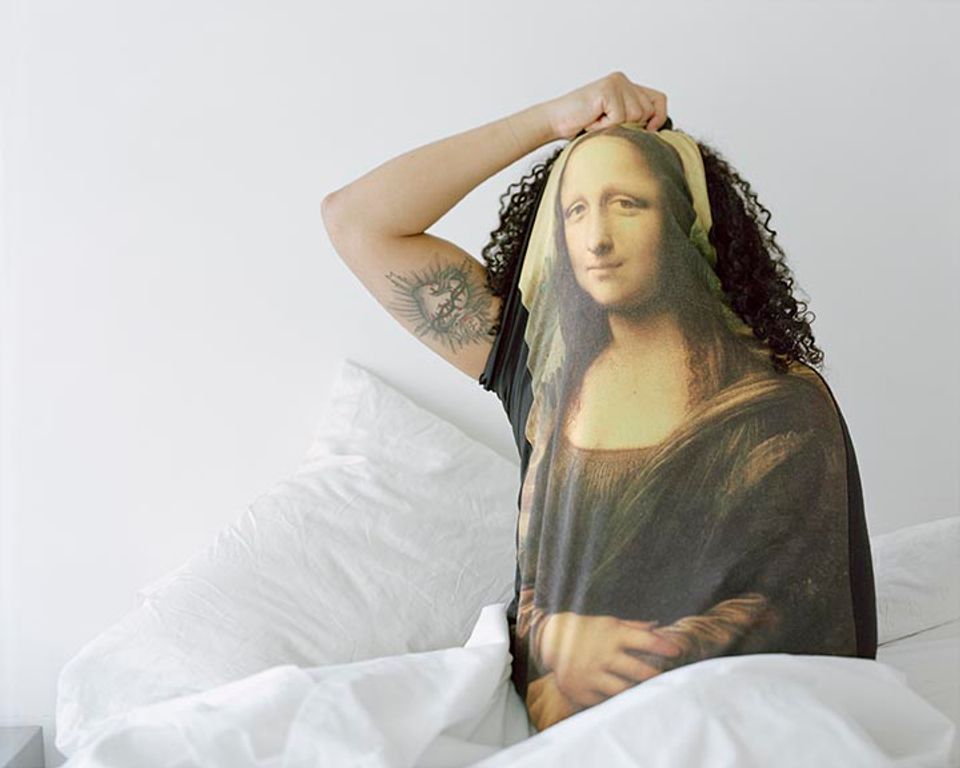 Celebrate Pride month this Saturday (9 June) at the Leslie-Lohman Museum of Gay and Lesbian Art, which hosts its annual summer block party and officially opens two exhibitions that display a plurality of perspectives. For the museum’s second annual QUEERPOWER commission of a work at the intersection of art and social justice, the New York-based lesbian artist collective Fierce Pussy, whose members include Zoe Leonard, have plastered the façade windows with their low-budget, low-tech works—black and white posters such as a copy of photo-booth snaps of two little girls, with large print reading “find the dyke in this picture” (until April 2019). Inside, the images in Daybreak: New Affirmations in Queer Photography (Until 2 September), a show of 12 emerging LGBTQ photographers based in New York, invite viewers to reconsider identity, art history and their intertwinement. The photographers take separate approaches to the medium, from collage to computer modelling to life-size cutouts.

The New-York Historical Society pays homage to one of the city’s late legends in the exhibition Celebrating Bill Cunningham (until 9 September). The New York Times fashion photographer, known for his bicycle and bright blue jackets as well as his candid images, died in June 2016, aged 87, but was still working at the Met Gala that May. The exhibition comprises around 55 objects and photographs such as personal effects given to the society by his friends, and photographs from his Facades series, which he donated to the museum in 1976—fun and playful images showing models posed in period costumes at sites throughout the city. And yes, there is a bicycle.

Cell Count (until 16 June), a show put on by the New York-based arts organisation Visual AIDS, which supports HIV-positive artists and the legacy of artists who have died from HIV-related causes, looks at the criminalisation of the virus. Works by artists living with HIV and making related art form the core of the show, which has around 30 total works and is held at La MaMa Galleria. The late artist Barton Lidicé Beneš’s Lethal Weapons series of works, mixed-media assemblages made using the HIV-positive artist’s blood and objects like a toy gun or perfume bottle, were central in developing the exhibition—they make a “dark joke” about the way HIV is seen as a deadly weapon, says the show’s co-curator, Kyle Croft. The exhibition extends its scope to include artists whose works look more broadly at questions of bodies, medicine and policing, such as Doreen Garner, who explores the violent exploitation of Black bodies in the name of medical science through fleshy and gruesome silicone sculptures.