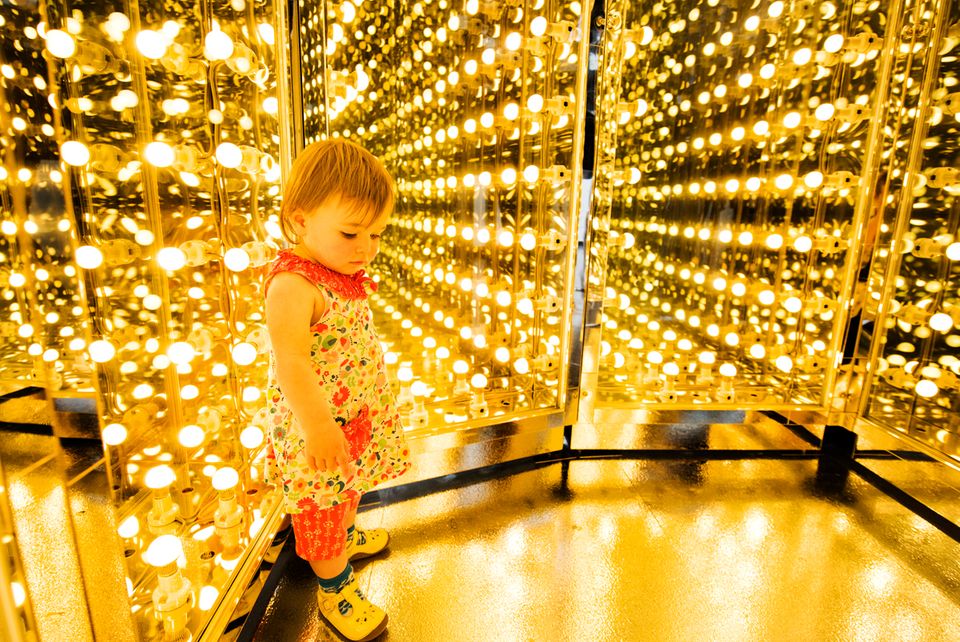 Despite the opening being delayed because of a combusting fish installation, which had to be removed, the Hayward Gallery’s Lee Bul: Crashing exhibition will have been apparent this week to eagle-eyed passers-by. For Bul's mid-career survey, which opens today (until 19 August), the artist has covered the Brutalist gallery building with thousands of crystals on metal wire, which hang down like raindrops and subtly catch the light. The installation is a sparkly addition to the Hayward Gallery’s 50th anniversary celebrations, which will take place during the exhibition on 11 July. Inside the gallery, the Korean’s show includes a real variety of surreal objects and installations, among them a Zeppelin (Willing to Be Vulnerable, 2015-16), androids (Cyborg WI-W4, 1998), giant flower-monsters (Amaryllis, 1999) and a walk-in light piece (Via Negativa II, 2014).

Several paintings made prior to Howard Hodgkin’s death in March last year go on show at the Gagosian Gallery, Grosvenor Hill, in Howard Hodgkin: Last Paintings (until 28 July). This extensive exhibition of the British artist’s final works includes six paintings he completed in India, where he spent extended periods of time ever since his first excursion there in 1964, including Indian Sea (2016-17). New developments in his practice are also highlighted. Hodgkin began working on wooden panels, applying fewer layers of paint. The work Now (2015-16), for instance, includes strips of bare wood, exposing the panel beneath.