From an updated Bowie blockbuster to an octogenarian's new work 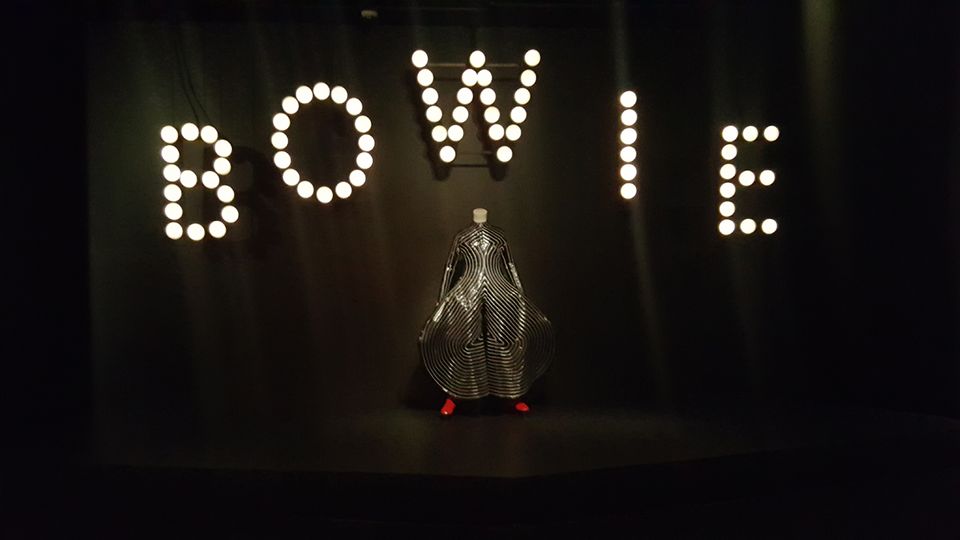 David Bowie Is (2 March-15 July), the travelling blockbuster on the polymath star that launched in 2013, has come to the Brooklyn Museum for its 12th and final stop with some Big Apple additions. These include a section on Young Americans and Bowie’s theatrical performances in New York, his adopted hometown. As well as a video of his over-the-top 1979 performance on Saturday Night Live, take time to watch his enthusiastic 1975 performance on Soul Train. The show’s location-based audio devices accompany the videos but also bring the other artefacts—such as costumes, lyric sheets, photographs and album covers—to life. It is particularly interesting to hear the artist speak about his experiences in his own rich voice. Some quieter objects are the most engaging—make sure you don’t miss a photo contact sheet of the unsurprisingly photogenic baby Bowie near the show’s entrance.

The Museum of Arts and Design’s engaging solo exhibition of the New York-based artist Derrick Adams, Sanctuary (until 12 August) delves into black leisure experience during the Jim Crow Era through an environment with a playful and familiar childhood aesthetic. Adams’s works reference safe spaces for black road travellers at the time, such as restaurants and hotels where they would be welcome, as outlined in The Negro Motorist Green Book (known as the Green Book), a guidebook for African American travellers published annually between 1936-67 by the New York postal worker Victor Hugo Green. The 50 works of mixed-media collage, assemblage on wood panels and large-scale sculpture include a house-like sculpture, lit from within, that looks like it is made of giant milk cartons and an elevated road that crosses the gallery, holding cars with caps for the cabs and toy wooden wheels. The museum gives a historical deep dive with interactive exhibition Unpacking the Green Book: Travel and Segregation in Jim Crow America (until 8 April), which includes documentary film clips, a library and a reading area.

Visages at Lévy Gorvy (until 14 April) shows more than 20 recent paintings by the French self-taught Martial Raysse, who is still widely unknown by audiences outside of France. The octogenarian artist, who was present during a media preview on Wednesday (28 February), was a peer of the avant-garde painters Yves Klein and Ben Vautier and a founding member of the Nouveau Réalisme movement of the 1960s. The artist, who also writes poetry and starred in some psychedelic films, critiques commercialism and “plasticity” in his work. The paintings on view, made since 2008, are amalgamations of women Raysse found in classical paintings and mass media. The exhibition also features two works he made last year that are being shown for the first time, called Now and Que Veux tu Dire Mon Bel Ami. In 2011, his work Last Year in Capri (Exotic Title) (1962), which questions the idea of beauty in advertisement, set the auction record for a living French artist at Christie’s London, making £4m (est £1m-£1.5m).