A selection of this year's Asia Week shows 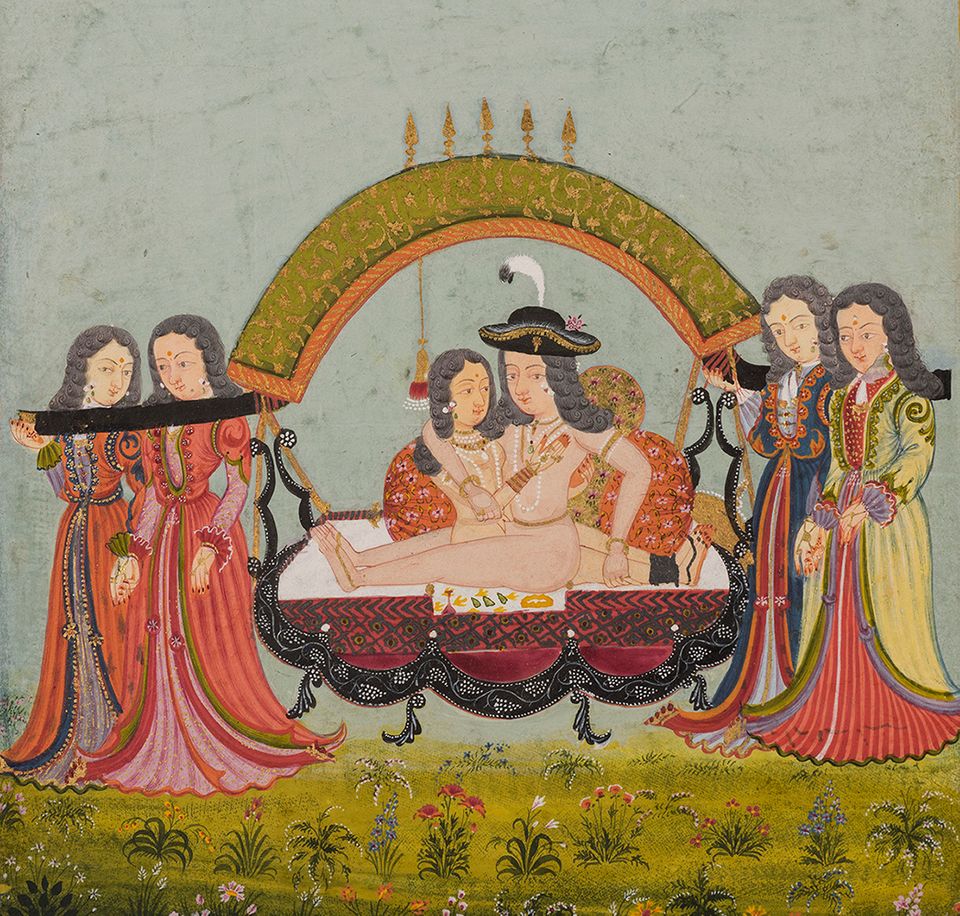 Exotic Mirror: in the Eye of the Other, and Other Stories (15-23 March) mounted by the Paris dealer Alexis Renard Indian & Islamic Art at New York’s Tambaran Gallery, is a fascinating and welcome flipping of an Orientalist script, showing how Indian art (here, mainly by Mughal or Rajasthani artists) depicted European individuals or subjects as the “other” in the 16th to 19th centuries. The intruding foreigners were shown in ways that “switched between objective observation, stereotypical portraiture and exaggerated caricature”, according to the show’s catalogue—from a 16th-century Portuguese couple, striding hand-in-hand in carefully-rendered European clothing, to a nude lovemaking European couple in western hats and wigs (but the woman’s fingers and toes dipped in vermillion). There is even a literal flip of the Western model: an 18th-century portrait of Louis XIV, a hybrid of traditional Indian painting with European influences, in which the French king faces the opposite direction from his typical portrayals.

Fabricating Power with Balinese Textiles (until 8 July) at the Bard Graduate Center is not only a beautiful display of masterfully-rendered, colourful textile works from the Indonesian island, but also an enlightening look at the ceremonial and cosmological significance of these pieces. In Bali, such cloth works can be offerings, or play a part in the ritual calendar; for instance, one of the pieces on view would have wrapped a baby for its three-month (Nelubulanin) ceremony. (It is among several works in the show that the pioneering anthropologist Margaret Mead brought back from trips to Bali in the 1930s.) Even the act of weaving cloth, in its tying and binding, incorporates Balinese Hindu cosmology, and the show includes a recently-made backstrap (Cagcag) loom from Bali. The show’s curator, Urmila Mohan, is due to give an Asia Week gallery tour, Situating Power in Balinese Textiles, on Tuesday 20 March.

See how contemporary Chinese photographers “employ photography to depict nature—and man’s complicated relationship with it—often derived from Chinese philosophy in the natural world” in the China Institute exhibition Art of the Mountain: Through the Chinese Photographer’s Lens (until 2 December), according to the director Willow Weilan Hai, who co-organised the show. The exhibition has more than 60 majestic images of China’s major mountains, taken between 1960-2017 by around 20 photographers including Wang Jing, who has climbed some of the world’s highest peaks (and is the fastest woman to complete the “Explorers Grand Slam”). It also explores how traditional Chinese media such as ink paintings have inspired some of these works. As part of Asia Week’s festivities, the guest curator, the photographer and photography critic Rong Jiang, is due to give a talk Landscape Aesthetics in Photography at the institute on 21 March.