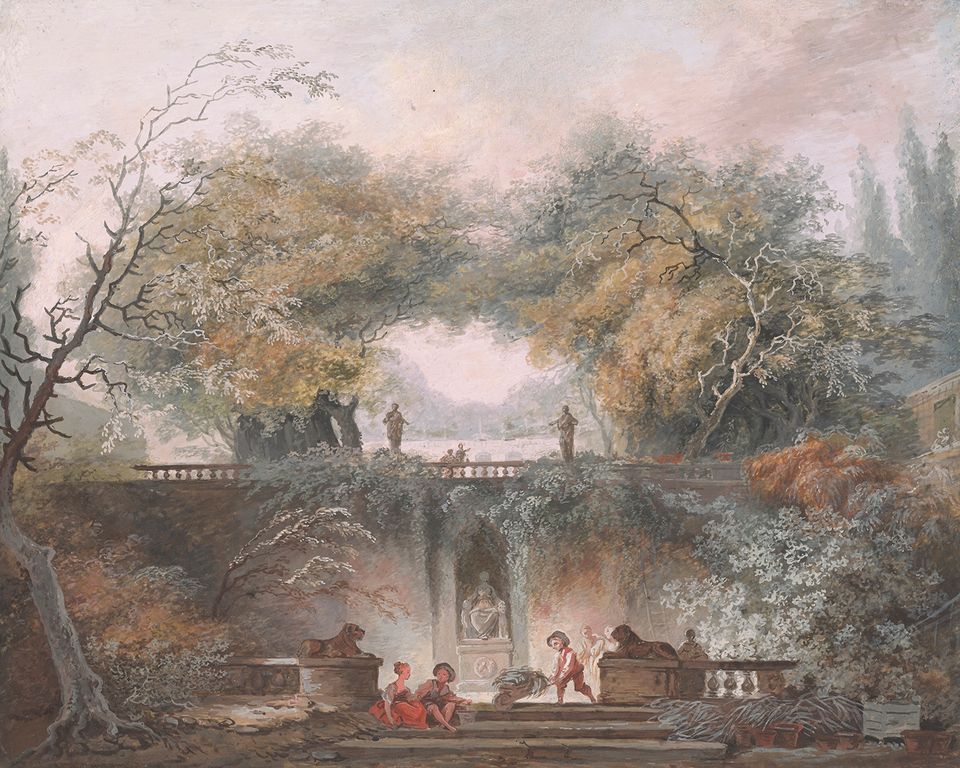 Drawn to Greatness: Master Drawings from the Thaw Collection at the Morgan Library and Museum (until 7 January 2018) reads like Western Art History 101, with works from the 15th century to the 1970s by artists including Fra Bartolommeo, Lucas Cranach the Elder, François Boucher, Jean-Dominique Ingres, Berthe Morisot, Pablo Picasso and Ellsworth Kelly. The exhibition shows off Claire and Eugene Thaw’s gift this year of the final 273 works from their collection of drawings, promised to the Morgan in 1975 and transferred over the years in groups. Around 150 works are displayed in nine chronological-thematic sections such as the Renaissance and the Rise of the Artist, and Visionaries: British and German Romantic Drawings. Enjoy the variety of subjects, from a crisp drapery study made in late 15th-century Germany, to Jean-Honoré Fragonard’s delicious opaque watercolour on graphite work, The Little Park (around 1765).

The Jewish Museum’s exhibition Modigliani Unmasked (until 4 February 2018) looks at Amadeo Modigliani’s formative years in Paris, where the Sephardic Jewish Italian artist moved in 1906 to find a city seized by anti-Semitism. This historic period of cultural tension encouraged Modigliani’s increasing artistic concern with the idea of identity. He began to introduce himself, for example, by saying: “My name is Modigliani. I am Jewish.” The exhibition primarily focusses on the artist’s early drawings, with around 130 on view, many for the first time in the US. But it also includes a dozen of his paintings and seven sculptures shown alongside examples of historic objects that influenced his early style, such as a seventh century AD Buddha head from Thailand and a Cycladic female figure from around 2500-2400 BC.

“My painting is so biographical, if anyone can take the trouble to read it,” Lee Krasner said in 1973, referring to her series the Umber Paintings, 24 large-scale works made between 1959 to 1962, shortly after the deaths of her husband, Jackson Pollock, and her mother. The expressive and visceral paintings, in a reduced palette, “were made during arguably the most emotionally turbulent time in Krasner’s life, yet they show a brave new commitment to scale and usher in several new forms of highly-confident mark-making”, says Eric Gleason, the director of Paul Kasmin Gallery, which now represents the artist’s estate. The gallery has teamed up with the Pollock-Krasner Foundation to put on the show Lee Krasner: the Umber Paintings, 1959-62 (until 13 January 2018) of works in the series. “These are heroic paintings,” Gleason says, “and we expect them to remind people just how indomitable Lee Krasner was as a person and as a painter.”