From a divine Renaissance man to Indian Modernists 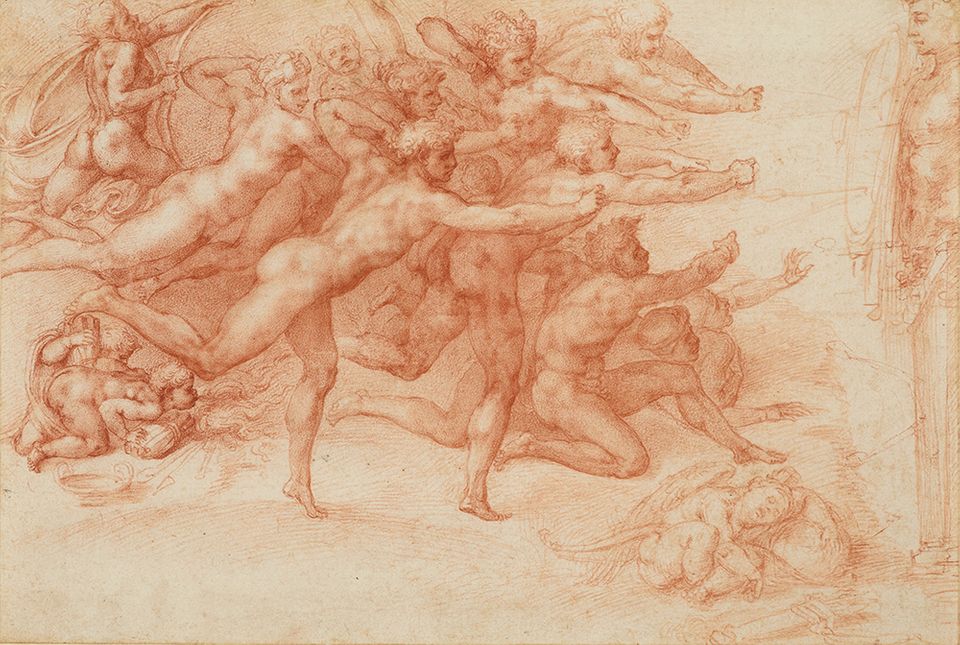 Michelangelo Buonarroti’s contemporaries called him Il Divino (“the divine one”) because of his skill across multiple disciplines: design, sculpture, painting, architecture and drawing. His drawings anchor the exhibition Michelangelo: Divine Draftsman and Designer at the Metropolitan Museum of Art (until 12 February 2018) which opened this week, with 150 examples of the medium. These include a rare loan of a series of drawings he created for the nobleman Tommaso de' Cavalieri, his close friend and possible love. The show, which also includes three marble sculptures, a wood model for a chapel vault, his earliest painting and works by other artists to provide context, focuses attention on Michelangelo’s draftsmanship and his abilities as an architect and designer. A colossal cartoon Michelangelo made for a fresco at the Vatican is a highlight.

As days grow shorter ahead of winter, Madison Square Park’s central Oval Lawn is now blanketed by a small blizzard of incandescent light, thanks to the Austrian-born artist Erwin Redl’s public art work Whiteout (until 15 April 2018), commissioned by the non-profit Mad Sq Arts. The dazzling installation is made up of hundreds of white spheres embedded with LED lights and suspended from steel poles, covering around a third of the lawn, now closed for the season. Arranged in a grid of squares, the spheres dim and glow in a programmed pattern and sway in the wind. The project aims to evoke “the phenomenon of a whiteout that, in nature, disorients the viewer by compromising our perception”, Redl says.

DAG Modern gallery tells an ongoing tale in the exhibition India’s Rockefeller Artists: an Indo-U.S. Cultural Saga (until 3 March 2018), which includes around 60 works by Indian artists who have come to the US on a grant programme launched in the 1960s as the Asian Cultural Program of the John D Rockefeller III Fund, now run by its successor, the Asian Cultural Council. They include major Modernists like V.S. Gaitonde (the subject of a major 2014-15 Guggenheim survey) and artists from subsequent generations such as Rekha Rodwittiya. Enjoy the variety of the works, from the 1957 oil on paper work Sitarist in a Night Club by Jyoti Bhatt—rendered like a Matisse-Picasso mash-up— of a figure playing the classical instrument becoming known in the West around that time, to the New York-based artist Natvar Bhavsar’s seeping, vivid colour fields in dry pigment and acrylic (1990s-2000s).