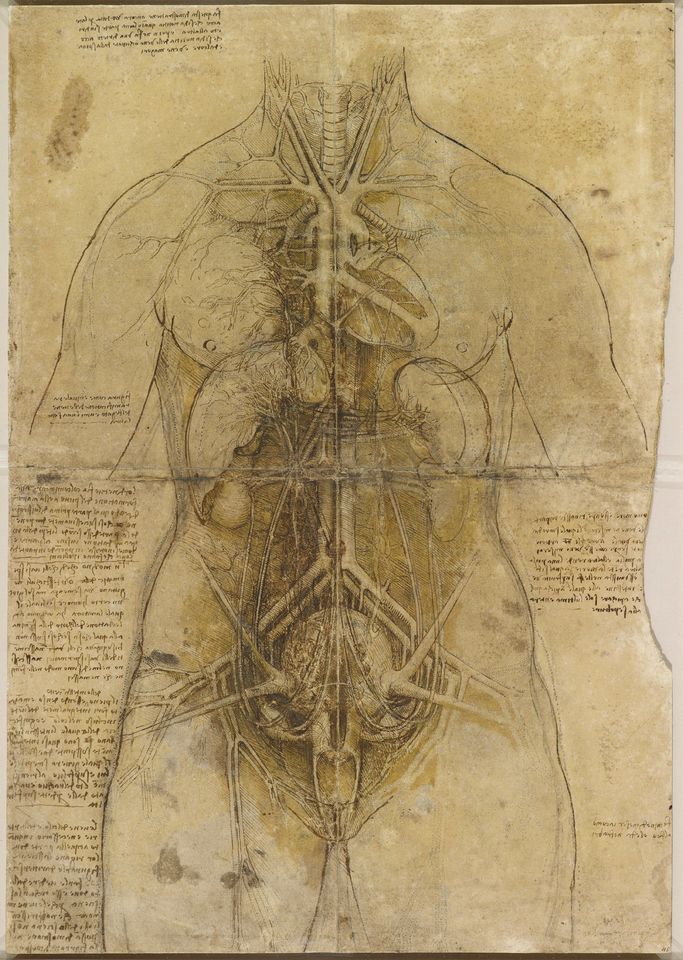 Leonardo da Vinci's The Cardiovascular System and Principal Organs of a Woman (around 1509-10) carries two fingerprints from the master artist; the thumb mark can be found beside the left side, by the arm of his subject Courtesy of the Royal Collection Trust; © Her Majesty Queen Elizabeth II 2019

A Leonardo thumbprint has been discovered on one of his works in Britain’s Royal Collection. The mark, from his left thumb (the artist was left-handed), is on a medical drawing. Alan Donnithorne, the collection’s former paper conservator, found that the reddish-brown ink of the print is the same as that on the drawing, so Leonardo presumably “picked up the sheet with inky fingers”. There is also a smudged mark of his left index finger on the reverse.

The sheet with the thumbprint is entitled The Cardiovascular System and Principal Organs of a Woman (around 1509-10). Although fingerprints have been found on other Leonardo drawings, Donnithorne describes the one on the medical sheet as “the most convincing candidate for an authentic Leonardo fingerprint” among the Queen’s 550 or so Leonardos. 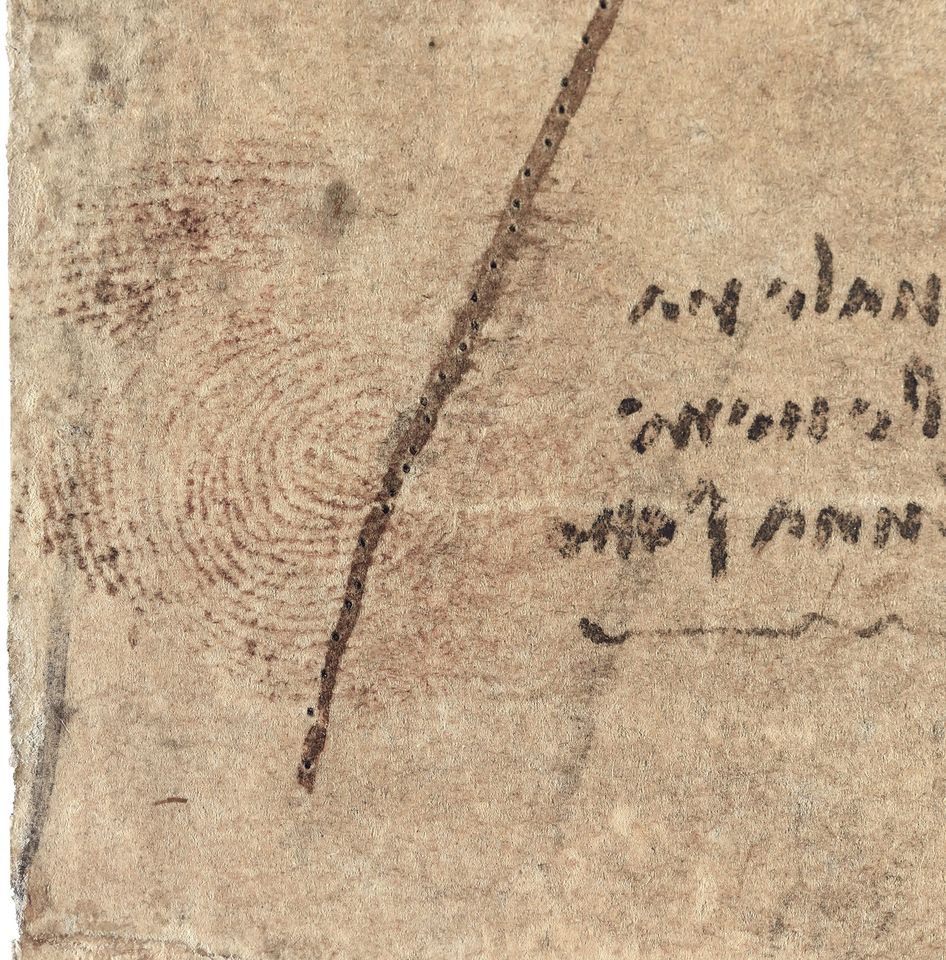 The medical drawing is to be displayed at the National Museum Cardiff (1 February-6 May) and then at the Queen’s Gallery at Buckingham Palace (24 May-13 October). Further details on the discovery will be included in Donnithorne’s new book, Leonardo da Vinci: A Closer Look, to be published on Friday (1 February).

The publication of the book coincides with a series of Leonardo displays which will take place with 12 different drawings from the Royal Collection shown simultaneously in 12 venues (Belfast, Birmingham, Bristol, Cardiff, Derby, Glasgow, Leeds, Liverpool, Manchester, Sheffield, Southampton and Sunderland), involving a total of 144 loans. An exhibition of 200 Leonardo drawings will then be assembled at the Queen’s Gallery in London and finally a somewhat smaller show will be at the Queen’s Gallery in Edinburgh (22 November-15 March 2020).