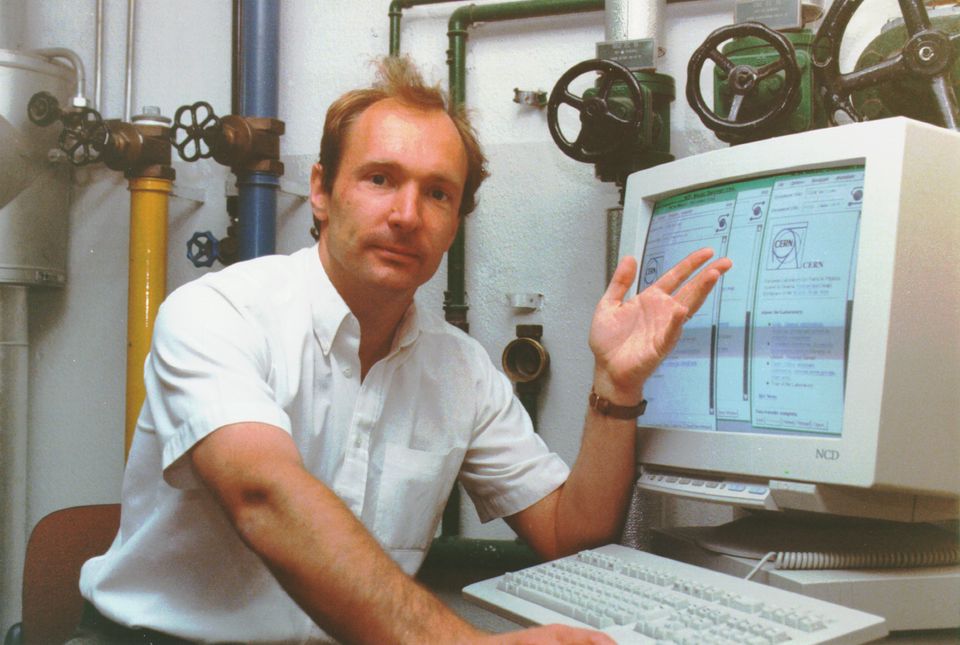 Tim Berners-Lee, inventor of the world wide web, in 1989 Courtesy of Sotheby's

One of the most historically significant digital artefacts, the source code for the world wide web application, will be sold as an NFT later this month.

Offered by Sotheby's in a standalone single-lot online auction from 23 to 30 June, the NFT includes timestamped digital files of the code written between 1990-1991 by the British computer scientist Tim Berners-Lee. It was this code that formed the basis of the world's first hypermedia browser, allowing users to create and navigate links between files across a network of computers. Composed of 9,555 lines written in Objective-C programming language, it contains nascent forms of the coding languages HTML, URI and HTTP, also developed by Berners-Lee. A "digital poster" of the full code, visualised in Python script and signed by Berners-Lee, is also included in the NFT.

In an accompanying letter written this year, Berners-Lee reflects on his groundbreaking invention and describes the process of writing the code using a computer designed by Steve Jobs, the late founder of Apple. Three decades on from the single server and website he created, there are now over 1.7 billion websites being accessed by 4.6 billion people around the world. 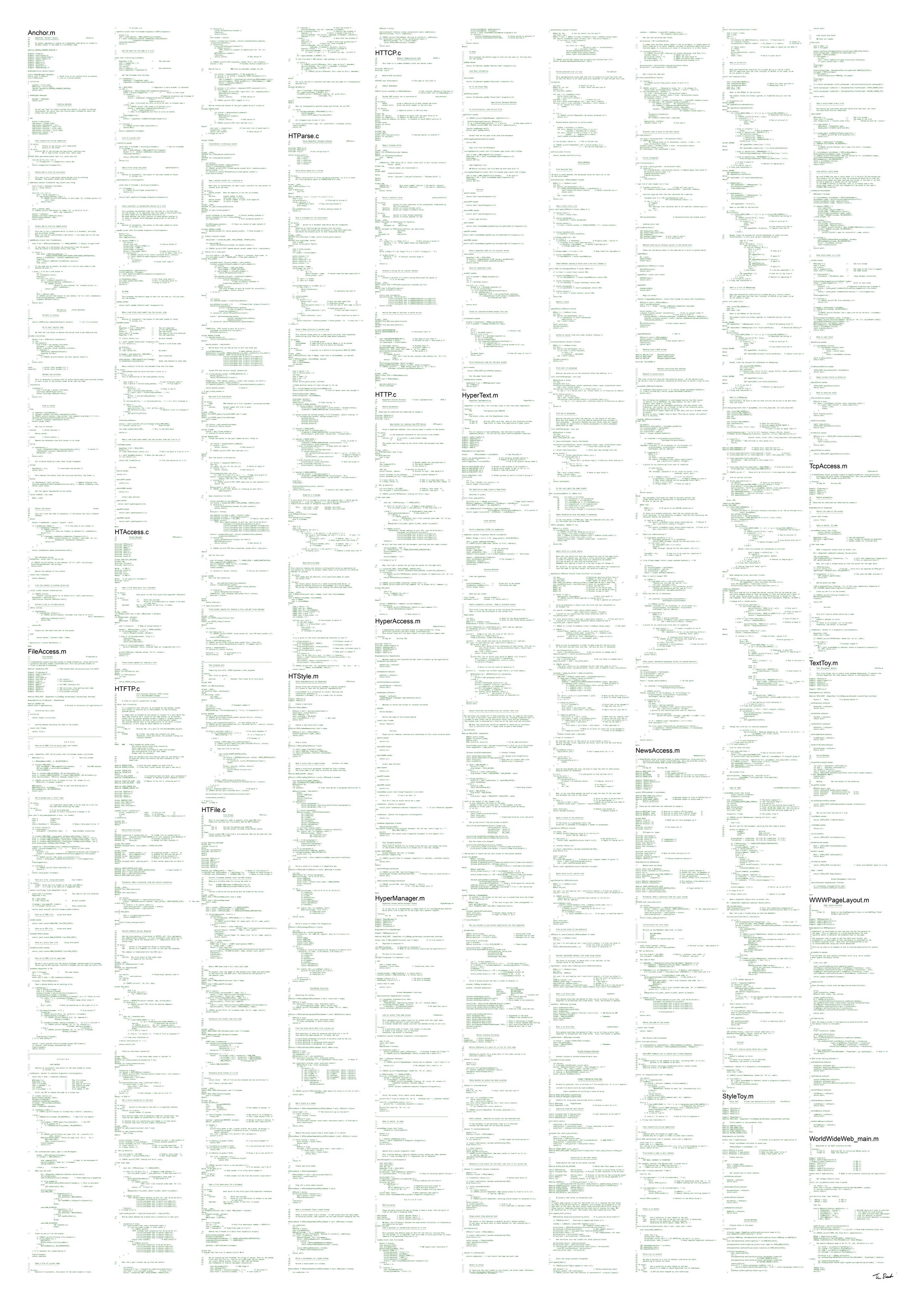 A digital poster visualising the source code, signed by Tim Berners-Lee, is included in the NFT Courtesy of Sotheby's

In a token gesture to reflect the "spirit of collaboration" with which the web was created, Sotheby's will start the bid for the NFT at $1,000 to allow for as many people as possible to take part in the sale. However, the winner-takes-all nature of the art market is no doubt a more apt reflection of the current state of the wider internet.

Built at an enormous public cost, the internet has, since the intensely deregulatory period of the 1990s, been subject to increasing privatisation. In recent years, public campaigns have gained traction to wrest control of online networks away from tech giants and back into public hands. Indeed, Berners-Lee has himself expressed concern over the current direction of the internet he helped shape. In 2017 he told the Guardian that the US government's decision to allow internet service providers (ISPs) to sign away their customers’ privacy was "disgusting" and "appalling".

In 2018, Berners-Lee launched Inrupt, a company founded to decentralise the web and give users back control of their data. In keeping with the spirit of decentralisation, the computer scientist also expresses support for the advent of NFTs: "It feels right to digitally sign my autograph on a completely digital artefact. NFTs, be they artworks or a digital artefact like this, are the latest playful creations in this realm, and the most appropriate means of ownership that exists. They are the ideal way to package the origins behind the web.”

Berners-Lee does not comment on whether the hyper-commercialisation of the digital sphere as abetted by NFTs will prove detrimental. But his written letter reminds us that this technology will continue to change in a variety of exciting and surprising ways: "While I do not make predictions about the future, I sincerely hope [the web's] use, knowledge and potential will remain open and available to us all to continue to innovate, create and initiate the next technological transformation, that we cannot yet imagine. It is not yet the best it can be: there is always work to be done!"