Titian’s poesie reunited at London's National Gallery—but is it with the right Danaë?

Renaissance specialists are divided as to which painting is the one commissioned by Philip II of Spain: the one at London's Apsley House or the one at the Museo Nacional del Prado in Madrid 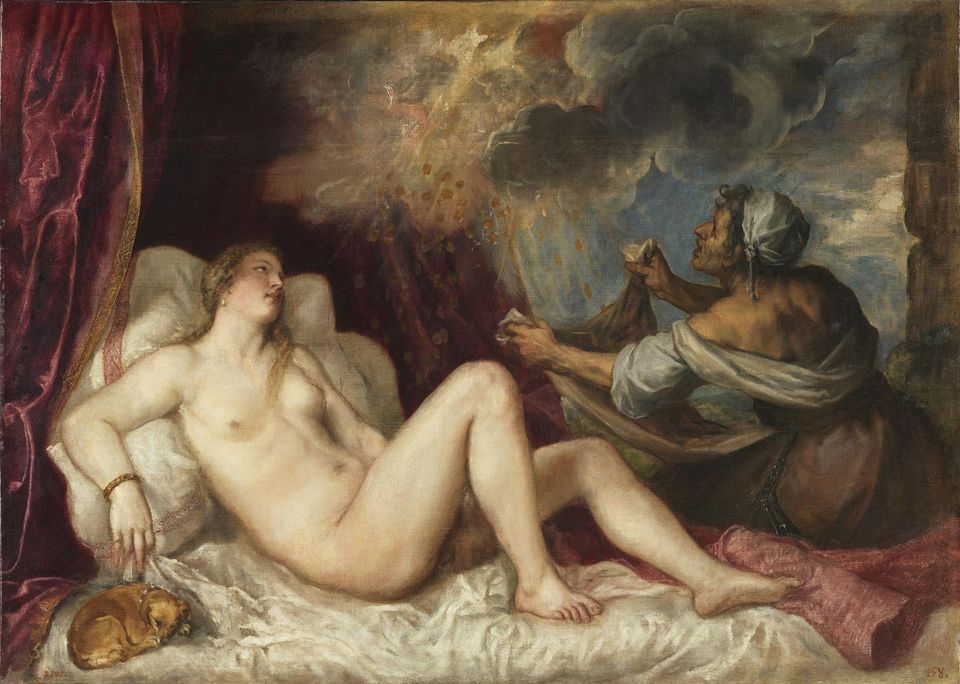 The National Gallery has reassembled Titian’s six great mythological poesie paintings, in an exhibition opening this week that will travel to Edinburgh, Madrid and Boston. This is the first time that the works, commissioned by Philip II of Spain, have been brought together since the late 16th century.

However, a controversy has broken out over which of two versions of the Danaë story is the one commissioned by Philip II. Charles Hope, a Venetian Renaissance specialist, believes the painting of Danaë commissioned by Philip II is not the one from the Wellington Collection at Apsley House, London—which is included in the National Gallery exhibition—but Titian’s Danae and the Shower of Gold, now at the Museo Nacional del Prado in Madrid. Among other concerns, he cites the fact that the Prado version is of a superior quality and regrets that it will not be featured in the reuniting of the poesie. Another Renaissance expert, David Jaffé, who curated the National Gallery’s Titian exhibition of 2003, agrees that the Prado Danaë is “a better candidate [for the poesie series] than the not very exciting Apsley House painting”.

Until 2004, the Prado Danaë was accepted as part of the Philip II series. In that year, the specialist Paul Joannides tentatively put forward a theory that the Wellington picture was in fact from the original set. This was supported by the Prado’s curator (and now director) Miguel Falomir. The art historian Peter Humfrey considered and rejected Joannides’s theory in his book on Titian of 2007. 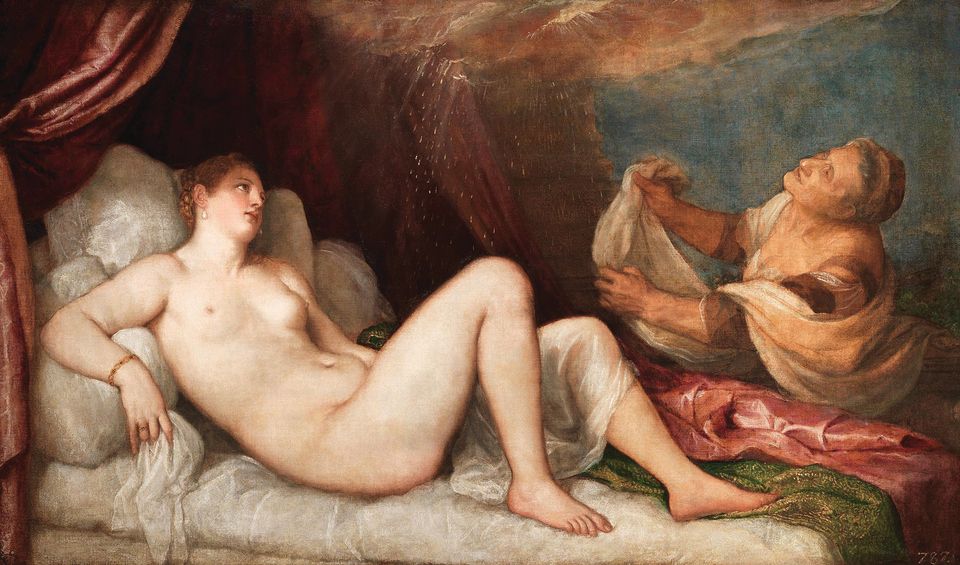 Danaë, the Wellington Collection, Apsley House, London. Compare and contrast: The Prado version was long-accepted as the version commissioned by the Spanish king. The Titian exhibition at the National Gallery, London, includes the cut down Wellington Collection version, in line with a reattribution first made in 2004. © Stratfield Saye Preservation Trust

But in a letter to The Art Newspaper, Charles Hope still questions the Joannides attribution. Hope writes: “[Joannides and Falomir] do not explain why Titian should have sent Philip a work as inferior as the one at Apsley House, but later should have painted the much finer Prado version.”

The Prado’s Danaë will be included when the exhibition travels to Madrid, in what will be a broader presentation, but not as part of the poesie.