Discrepancy comes under scrutiny as more than 10,000 companies submit figures to the Government Equalities Office 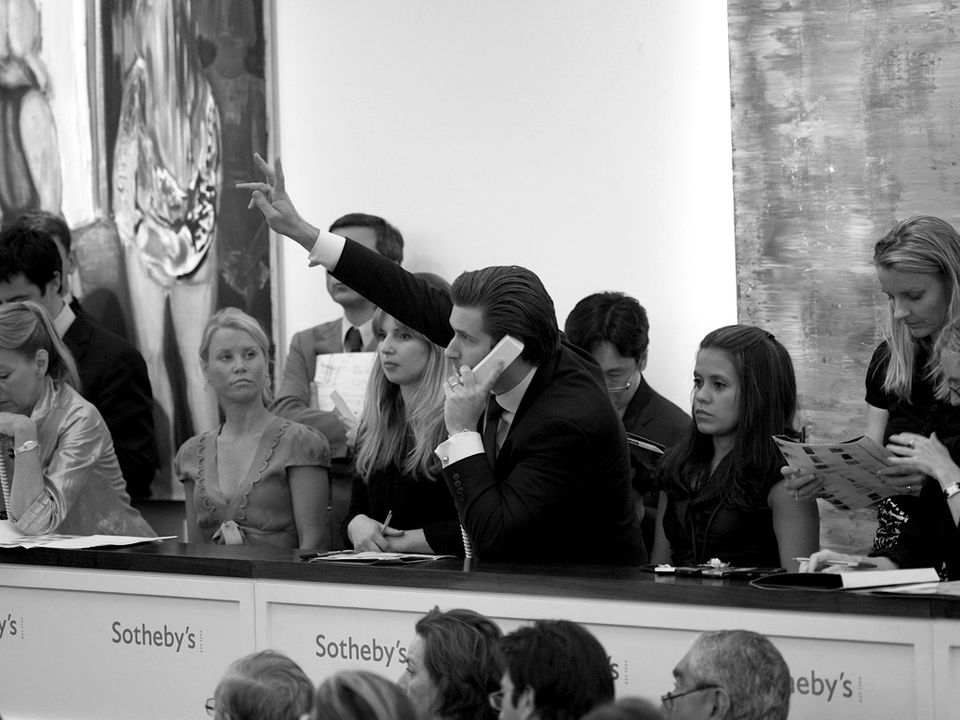 As UK businesses scrambled to submit their gender pay gap figures to the government by midnight last night, three of the country’s biggest auction houses have revealed the extent of the divide.

Bonhams is the worst offender with a 36.7% pay gap, Christie’s pays women 25% less than male colleagues and the difference at Sotheby’s stands at 22.2%. These figures are based on median hourly earnings and include part-time workers (of which more are female). The median pay gap among the more than 10,000 companies that submitted figures is 9.7%.

Companies also had to provide mean (average) earnings, but those figures tend to be skewed by a handful of highly paid employees. For example, at Bonhams, only 27% of employees in the highest paid quartile are female, leading to a huge 42% mean gender pay gap.

Acknowledging there is “obviously still much to do”, a spokeswoman for Bonhams says the company is working to balance the “larger number” of men in more senior positions. “This year two more women have been appointed as global heads of department at Bonhams,” she says.

Sotheby’s paints a better picture, with women accounting for 47.6% of its top quartile (at Christie’s, that figure is 43%). “While our [median] gap is somewhat smaller than others in the auction industry, there is nonetheless a gap, and we see it as our responsibility to address this,” says Sofia Fleming, Sotheby’s human resources director for Europe and Asia.

Fleming notes that the figures are “considerably affected by the fact that Sotheby’s has a much larger proportion of women than men in more junior and administrative roles”.

Only companies and public sector bodies with more than 250 employees in the UK were legally required to report their pay figures, meaning virtually all commercial art galleries and dealerships in the country are exempt. Phillips auction house also falls under this bracket, although a spokeswoman says the firm “is always mindful of the importance of compensating all of its employees fairly”.

Public sector organisations in the art world fared substantially better. The Department for Culture Media and Sport reported a median pay gap of 8.2%, the British Council 10.9% and Arts Council England 2.6%.

The Victoria and Albert Museum pays women 7.2% less, while the Royal Academy of Arts has a pay gap of just 1%. Meanwhile, at the British Museum, women out earn men by 4% and at Tate Gallery women are paid 2.4% more than their male counterparts, with 70% of its highest earners being women.