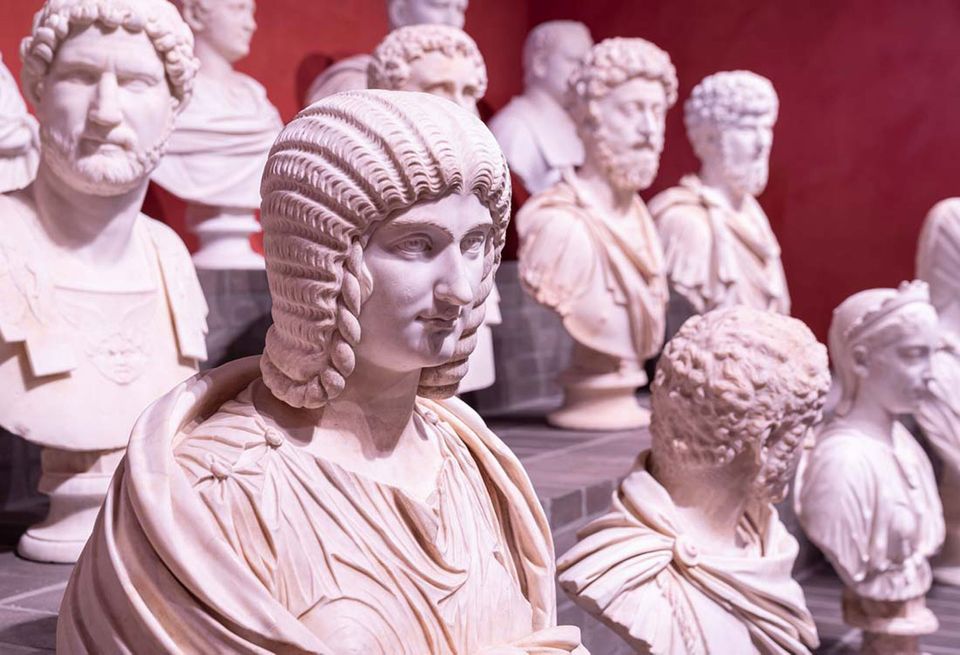 Following half a century of obscurity, the world’s last great private collection of classical sculpture opened to the public today. Ninety-two marble sculptures from the Torlonia collection are now on show at the Villa Caffarelli, part of Rome’s Musei Capitolini, in the exhibition The Torlonia Marbles: Collecting Masterpieces (until 29 June 2021). There are plans to move all 620 ancient Greek and Roman works to a new museum in Rome, and this first step in that direction has drawn feverish anticipation.

In a virtual conference ahead of the press preview, the Italian culture and heritage minister Dario Franceschini said “the Italian state is ready to provide resources and spaces to create a museum for the Torlonia collection”. 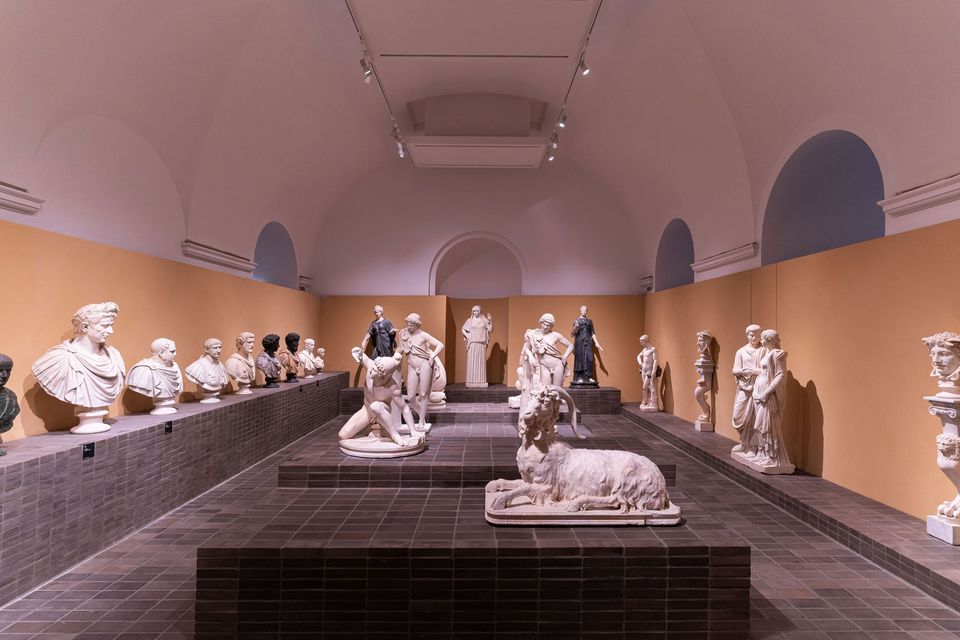 In the 1970s, the Italian prince Alessandro Torlonia dismantled the Museo Torlonia, placing its contents in storage. Following a long and bitter battle with the Italian state, however, he formally agreed in 2016 to exhibit the works. The prince died a year later at the age of 92, leaving the family’s foundation to organise the exhibition. Key players in its realisation include the curators Salvatore Settis and Carlo Gasparri, the jewellery brand Bulgari, which has financed restoration, and the designers of the exhibition, David Chipperfield Architects Milan.

Those that spoke at the conference seemed eager to capitalise on the show’s momentum. “We have already allocated €40m to renovate the Palazzo Silvestri-Rivaldi in Rome, which could be the ideal place to host the museum,” revealed Franceschini. 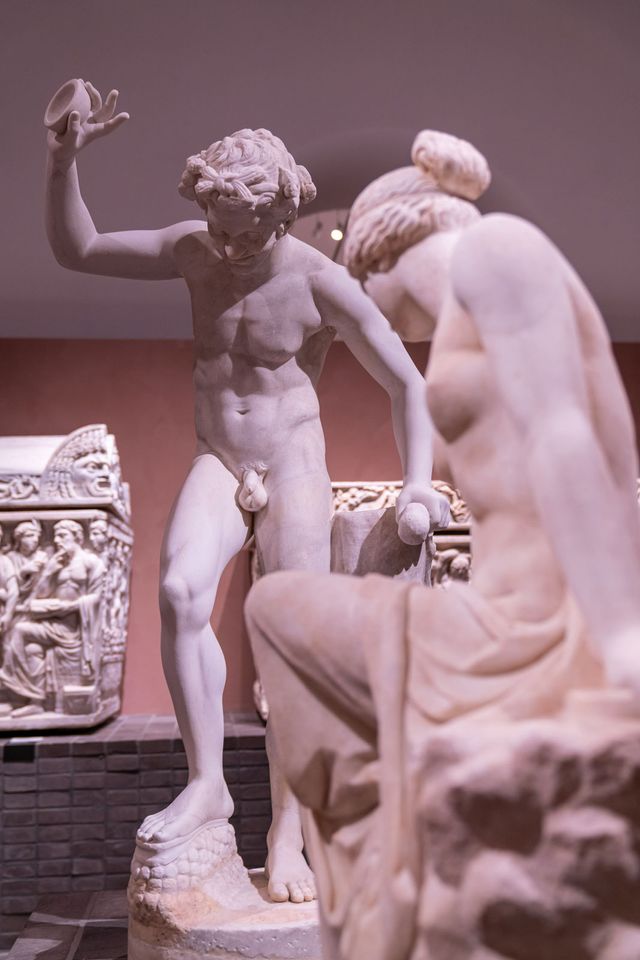 In the compact Villa Caffarelli, the collective richness of the carefully restored works is mesmerising. The visitor is greeted with a glittering sea of busts arranged in tiered rows, before encountering beautifully decorated vases, immense sarcophagi bookended with lions’ heads, a bas relief depicting a shopping scene with assistants as Greek goddesses, and a statue of Ulysses clinging onto the underside of a ram.

The joins for noses, digits and genitalia testify to each work’s individual evolution through previous restorations. A 1st century goat, whose ridged fur glistens beneath spotlights, has a head that is attributed to Gian Lorenzo Bernini. 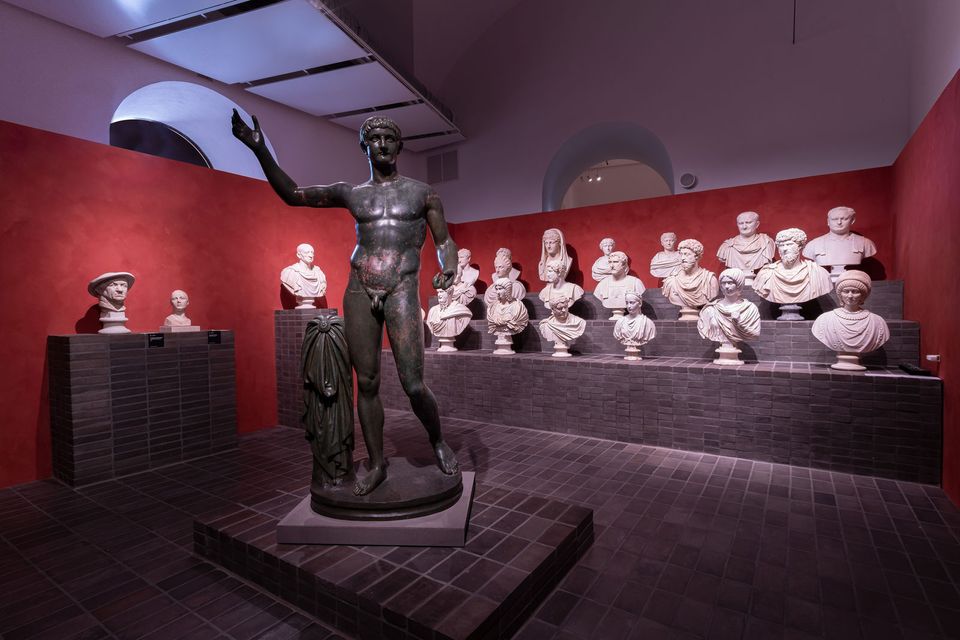 As Settis has insisted, this is less an exhibition of individual pieces and more “a collection of collections”. The works have been arranged into four colour-coded sections: Pompeian red walls for the area dedicated to the Museo Torlonia, earthy brown for pieces excavated by the Torlonia themselves, sky blue for the Albani and the Cavaceppi collections, yellow recalling gold for the collection of Vincenzo Giustiniani, and, finally, green for works collected in the 15th and 16th centuries.

Some of the biggest revelations in the show relate to the Torlonias themselves, who were evidently pathological collectors. (One senses their anxiety to snap up everything from the relatively mediocre to the sublime: towards the end, a graceless Aphrodite faces a majestic statue of Athena). 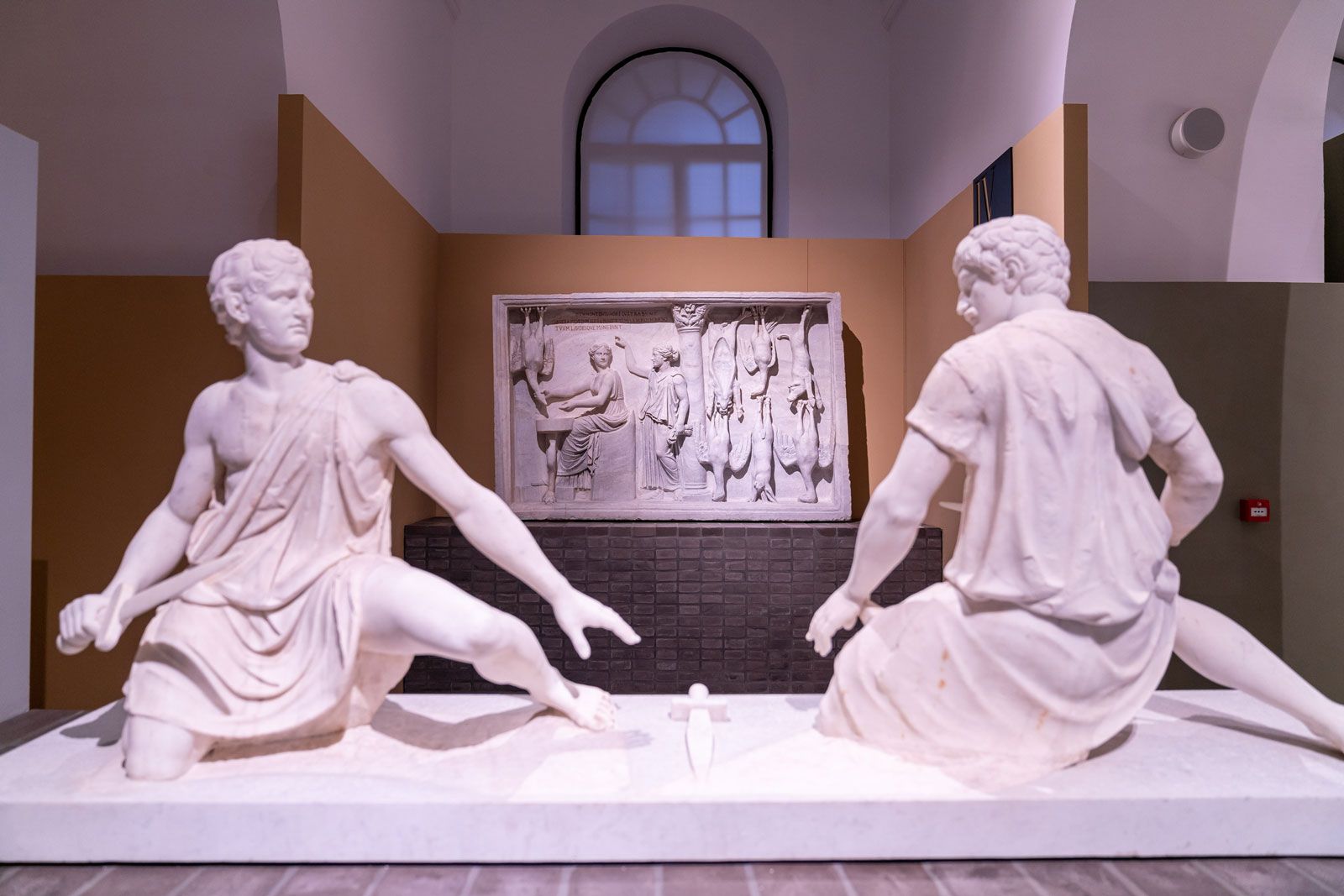 The designers have opted for grey brick platforms instead of plinths, apparently to recall the peperino used in the 6th century BC temple of Jupiter Capitolinus, which once stood on this site. The resultant effect is of works scattered around a palazzo or garden, rather than arranged as centrepieces. A row of mostly-classical busts on a long platform features one from the 18th century. Risqué details include a teasing satyr placed before a young nymph, and copies positioned next to originals as if to wryly hint at their owners’ insatiable hunger for marbles. Rome’s best kept secret can now be rediscovered.