Early Schiele drawing is the low-key star of an unremarkable sale, topped by a flashy Picasso 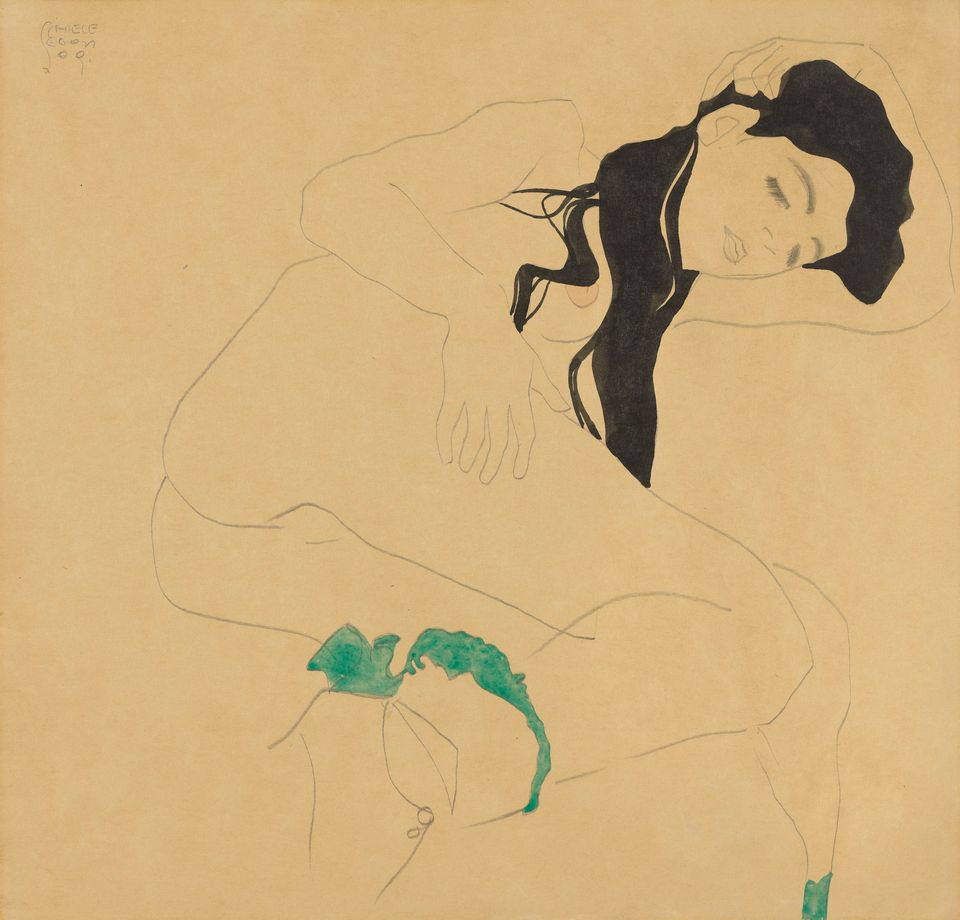 The task of filling London’s June sales following New York’s "Giga week"—plus the Venice Biennale in May and Art Basel the week before—is an unenviable task. With such a short consignment period after the New York sales, the barrel is audibly being scraped, though all the auction houses seem committed to keeping a “London summer season”.

The auction totalled just £30.5m (£36.4m with fees), under half of the pre-sale low estimate, with 77% of lots sold—last year’s equivalent sale made £128m with fees with 84% sold. On Monday, only one lot bore a house guarantee, the only work in the sale by a woman—Hannah Höch’s Er und sein milieu (1919), which made an artist record when it sold comfortably above estimate at £520,000 (£635,250 with fees). Four more third-party guarantees were announced just before the sale, including the top lot, Picasso’s Homme et femme nus (1968), which had a low estimate of £10m. 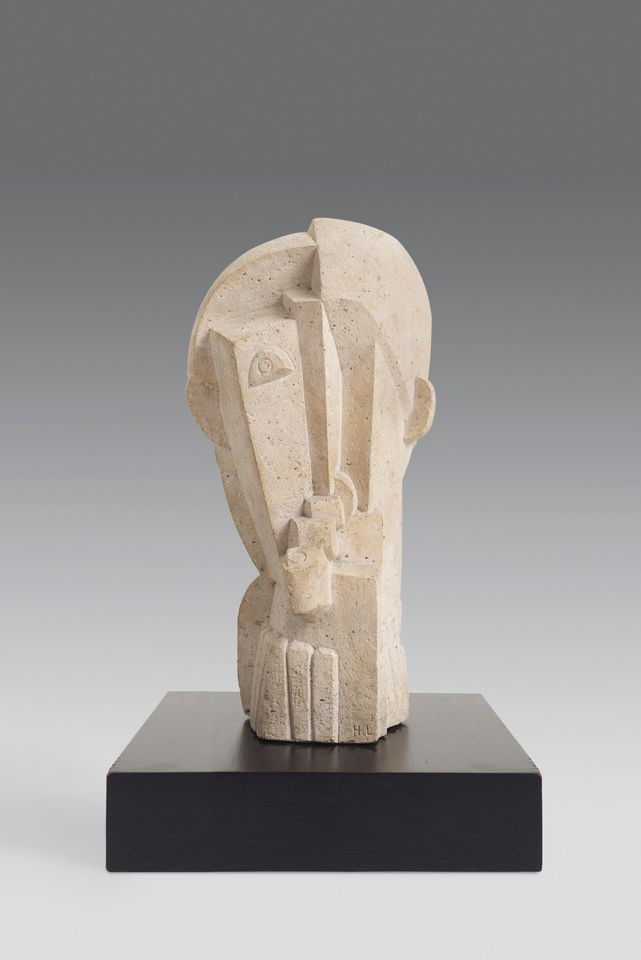 Christie’s first lot was, arguably, the high point—an early Egon Schiele work on paper, Liegender Mädchenakt (1909), made the year after the 19-year-old Schiele had met Gustav Klimt. This crisp, almost stylised drawing may lack the prized “anguish and nervousness of line of his post-1910 works”, according to Christie’s Jason Carey, but it is also less confrontational than a typical Schiele work, perhaps broadening its market. With an attractive estimate of £200,000-£300,000 and 14 registered phone bidders, it sold for £1.05m (£1.27m with fees) to Christie's Jay Vincze’s phone bidder against a man bidding in the room.

The dealer Stephen Ongpin describes the Schiele as “the standout work on paper” this week, “one of the very best examples of the artist’s drawings from this important early phase of his maturity”. He adds: “It was certainly a great work, in superb condition, confident draughtsmanship, with just the right amount of fin de siècle sensuality, a come-hither estimate, and off the market for at least 20 years or more. All combined to make it fly.”

But that was enough excitement for one night, and what the Schiele result and the rest of the sale demonstrated was the importance of competitive pricing in today’s market and the stark divide between second-rate works by brand name artists—any value squeezed out of them by pushy estimates—and some refreshing lots by lesser-known artists with room to run. And that divided the bidding.

For instance, the sale’s top lot, a big, splashy late Picasso, Homme et femme nus (1968), estimated at £10m-£15m, drew scant attention in the room, leaving two Asian phone bidders to slowly eek it out to £10.8m (£12.4m with fees)—more than a quarter of the sale’s total. The work was one of four to have a last-minute guarantor. The big casualty of the night came from the same collection as the Picasso—Fernand Léger’s Femme dans un fauteuil (1913), from his Contrastes des formes series of 1912-14, estimated in excess of £25m (around a third of the pre-sale estimate of £64.1m-£89.8m).

It is one of only five works depicting a female seated figure—three of which are in museums—yet it did not sell. Giovanna Bertazzoni, Christie’s co-chairman of Impressionist and Modern art, is adamant it was not overpriced, however: “It’s a super work, but one of those works that doesn’t have a huge market—it’s quite a narrow collector base. You have to understand Léger and Cubism, the importance of this moment in his work. It doesn’t have the broad appeal of a brand artist like, say, Picasso. It’s such a binary market—if two or three key collectors do not bid, it will not sell. But if they do, it will make £25m.”

Another, surprising failure was an attractive Matisse portrait, Le collier d’ambre (1937), a restituted work which, Carey says, had three things in its favour in the eyes of Matisse fans, “colour, pattern and a woman”, and was estimated “attractively” at £5m-£8m.

Almost half of the sale (13 lots) were Surrealist works, from a private collection dubbed The Landscape of Mind: a Private Collector’s Surreal Vision (these breathy titles for anonymous private collections deserve to be parodied). Christie’s would not reveal the identity of the collector, but Christie’s staff referred to “him” in the past tense.

From this collection came an unusually colourful Yves Tanguy dreamscape, L’Extinction des espèces II (1938), offered at auction for the first time with an estimate of £2.5m-£4m. It went at £2.6m (£3.1m with fees)—the second highest lot of the sale and the second highest price for Tanguy—to Christie’s Surrealism guru Olivier Camu’s phone bidder. It would be remiss not to mention one of the least attractive paintings to appear at auction for some time: Renoir’s Nu dans un paysage or Le Fleuve, a pastoral scene depicting a reclining nude with long blonde hair seen from behind. If Hulk Hogan had said: “Paint me like one of your French girls, Pierre-Auguste,” this would have been the result. Yet somehow it sold for £491,350 (with fees), just under estimate.

Reflecting on the sale, Ongpin says: “The day sales are usually where I judge the overall strength of the Impressionist market as a whole, but judging from what I have seen I think it’s pretty grim at the moment. Very little caught my eye in either house [Christie’s and Sotheby’s], whereas normally there are lots of works I want to look at closely and study. Bring on the Old Master sales!”

A mention in dispatches to Christie’s £17.4m (with fees) Modern British sale the night before where, very unusually, all of the top ten lots were sculptures. Leading the sale was Barbara Hepworth’s The Family of Man (Figure 8, The Bride), which sold for £3.8m (with fees), but there was also a new record for Elisabeth Frink's Running Man (Front Runner), which went for £1.1m (with fees). Meanwhile, at Sotheby’s Modern British sale last night, L.S. Lowry’s A Cricket Match went for £1.2m (with fees), against an £800,000-£1.2m estimate.