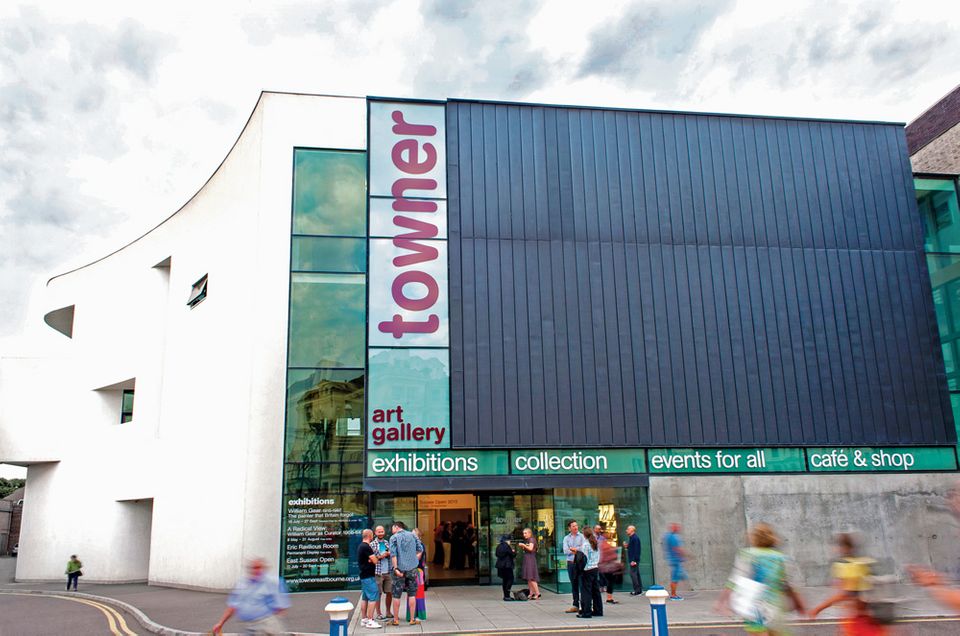 Eastbourne borough council yesterday (21 February) agreed to slash funding for Towner Art Gallery, a Modern and contemporary art institution on England's south coast, by £200,000 in the next tax year. In December, the broadcaster David Dimbleby, the chair of the gallery's board of trustees, said that any reduction in the council subsidy would put at risk "everything that Towner stands for".

The council is Towner's core funder, providing £614,000 annually since 2015 to support its exhibitions and education programmes. A gallery statement issued last year said that the council "is planning to reduce this funding by £200,000… with further incremental cuts each year towards a 50% disinvestment within four years".

Stephen Deuchar, the director of the Art Fund, had called on the council leader, David Tutt, to maintain its subsidy for Towner. In a letter, Deuchar said the funding enables the gallery "to attract and inspire 140,000 visitors each year, showcase regional talent, carry out its valuable learning programme, and as found by Plus Tate's research in 2015, generate a return of £2.10 local economic benefit for every £1 of public investment". The planned cuts are so severe, they "could even threaten [Towner's] existence", Deuchar said.

Tutt tells The Art Newspaper that the decision to slash funding stems from a reduction in the UK government's grant to the council. The grant, which stood at more than £10m in 2010, "has been cut in half to £5m and… will be reduced by a further £1m next April". The council's business rates relief and administration for the gallery add another £200,000 to the annual costs, he says. "Continuing to support Towner to the tune of £800k is no longer a viable proposition," Tutt adds.

The gallery is currently hosting a project by Andy and Peter Holden co-commissioned with Artangel (Natural Selection, until 20 May) and an exhibition drawn from the Arts Council Collection, organised by the artist Haroon Mirza (We Stared at the Moon from the Centre of the Sun, until 3 June).