The London space champions emerging artists from across the globe 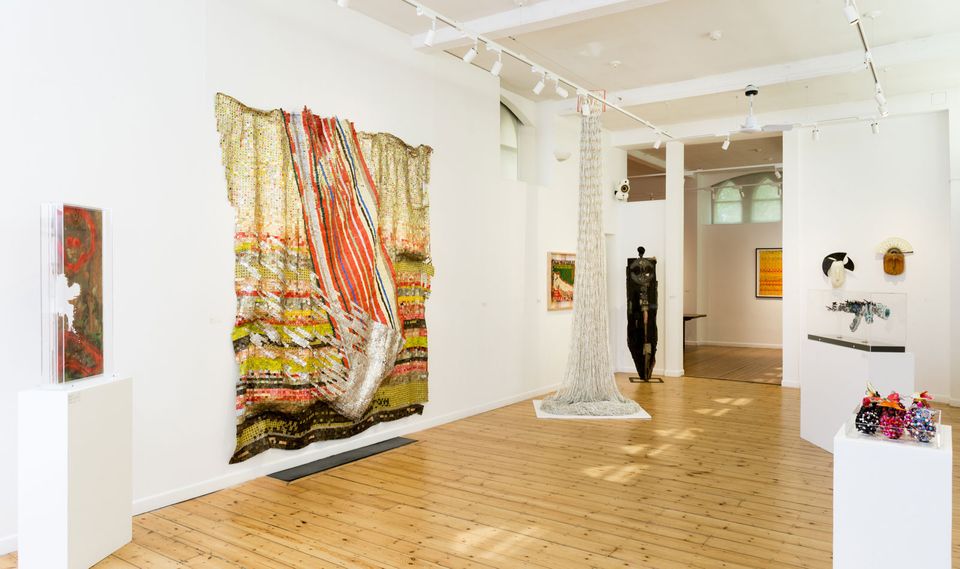 October gallery has been championing non-Western artists for 40 years, including El Anatsui, whose bottle cap works were on show at the gallery earlier this year Photo: Jonathan-Greet. Courtesy of October Gallery, London

London’s October Gallery is celebrating its 40th anniversary with a programme of events and exhibitions exploring its ethos and history.

Known for showcasing emerging artists such as Eddy Kamuanga Ilunga from the Democratic Republic of Congo and London’s L.R. Vandy, the gallery is focused on showing contemporary art from around the world.

October was also a pioneer of the Transvangarde movement—a concept based on the idea that the true cutting edge is the coming together of the cross-cultural avant-garde—and has given a platform to international artists and experimental literature, showing work by the writer William Burrows and drawings by the likes of JG Ballard and Lawrence Durrell to its space in Bloomsbury’s Russell Square.

Founded in 1979 by Chili Hawes, the gallery has represented contemporary artists from outside Europe from a time when this was a niche concern, shepherding them into the mainstream art market.

“What was London like when we opened the gallery? It was dire! Ask anyone who’s my age and older,” Hawes says. “In 1979 there was nobody showing anybody outside of Europe. It’s so changed now, you just wouldn’t believe it. It was hard.”

Throughout the 1980s, Hawes showed the work of the Guyanese artist Aubrey Williams and the Ghanaian painter Ablade Glover, as well as music and art from India, Peru, Japan and Oceania.

“For so long we were the only ones doing that,” Hawes says. “We always brought the artists here and people got to meet and talk to them.”

In 1993, Hawes and the gallery’s artistic director Elisabeth Lalouschek came across the Ghanaian sculptor El Anatsui and began to champion his work.

“One of the ways we have supported the gallery has been through the works of African artists because the market is hot and El was our leader in that respect,” Hawes says. “El was new, fresh and he was doing something with bottle tops that looked like a wall of gold. It really took people’s imagination.”

Fairs such as Abu Dhabi Art and 1-54, which began in 2013, also helped the gallery stay the course and reach a wider range of collectors and artists.

The gallery is currently housed in a former school in central London, with a possible eye on expansion to Mexico.

“Working the way we do has shown me how different cultures go about understanding art,” Hawes says. “That made a huge difference to me.”