Denis Chuprikov took the landscape from State Tretyakov Gallery with the aim of "causing hype", he says 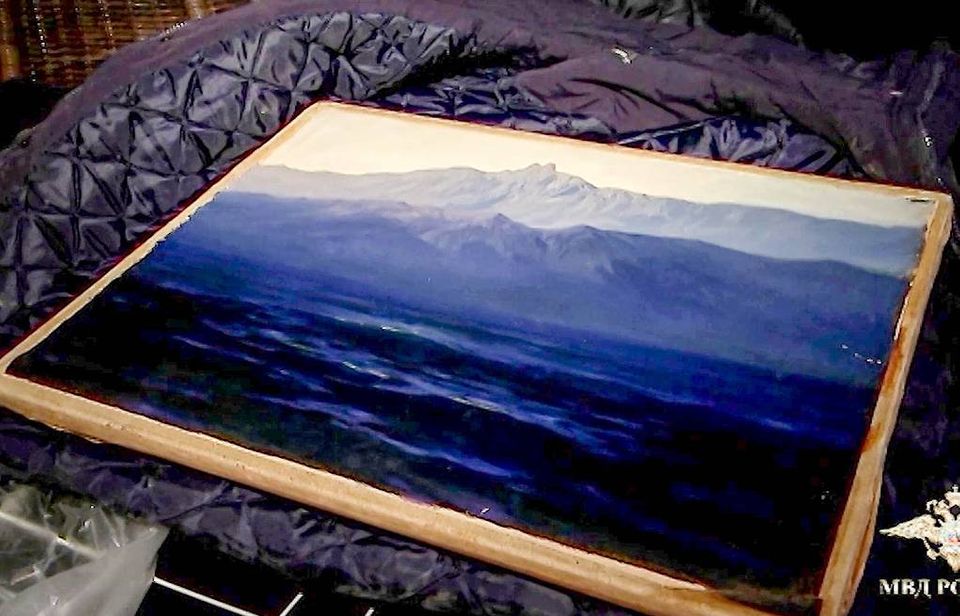 A man who stole a valuable painting from the wall of Moscow’s State Tretyakov Gallery in broad daylight back in January has been sentenced to three years in a high-security prison. The ruling was handed down by Moscow’s Zamoskvoretsky District Court on Wednesday. The court is just blocks from the Tretyakov, which came under fire for lax security after surveillance footage showed the man, Denis Chuprikov, nonchalantly lifting Arkhip Kuindzhi's Ai-Petri. Crimea (1898-1908). He walked through the crowded exhibition hall with it swinging by his side to no apparent reaction from members of staff.

Chuprikov was detained the following day near Moscow and directed police to look for the painting at a construction site. It was recovered with minimal damage. His lawyer, Svetlana Gorbunova, told the court that he had reimbursed the 13,000 Ruble (around $200) cost for restoration. She asked for a suspended sentence and said his threat to society was “overstated”, the Interfax news agency reported. The prosecution initially sought a four-year sentence, claiming that Chuprikov had acted as part of an organised group, but the allegation was dropped from the charge.

In his court statement, Chuprikov, who was born in Crimea, said he acted spontaneously with the goal of “causing hype”. He claimed that he had planned to return the painting and hang it back up “but wasn’t given the chance”.

The painting was part of a Kuindzhi retrospective that drew long lines to the Tretyakov. Blockbuster shows have become a staple of Russia’s major museums. Chuprikov said he bought a ticket and watched a documentary about the artist that was part of the show before entering the main hall. “At that moment I got the idea of drawing attention to myself—of removing the painting and returning it the next morning,” he told the court, according to Interfax, adding that “If I had been stopped with the painting, I would have given it back.”