Tributes for the art historian Sister Wendy Beckett who has died, aged 88

Her unscripted commentaries on Rembrandt, Monet and Leonardo da Vinci turned her into an unlikely television star 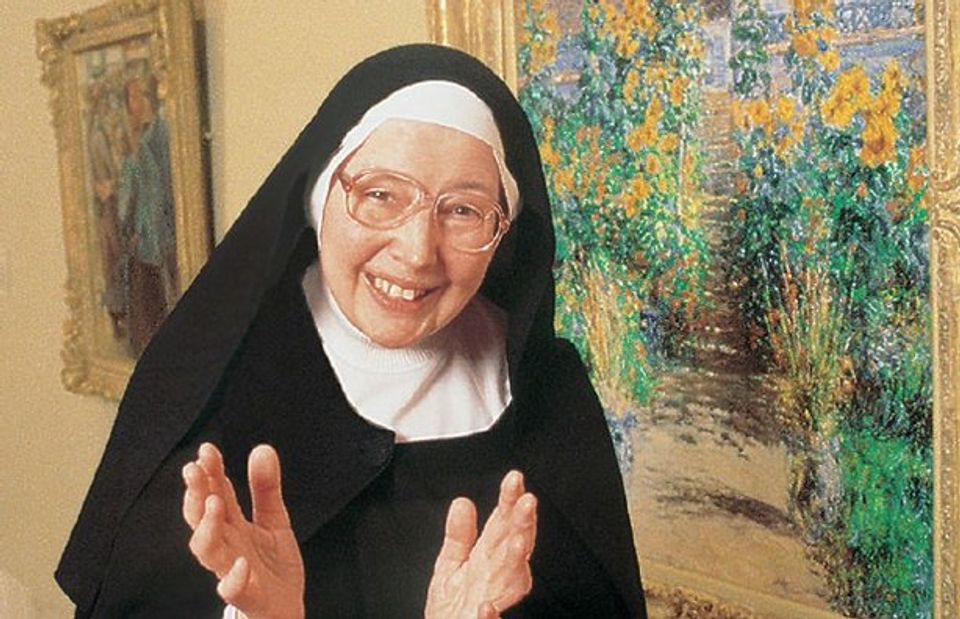 The art historian, and unlikely TV star, sister Wendy Beckett, has died at the age of 88. Her death was confirmed by the Carmelite monastery in Quidenham, Norfolk, where she had lived in a caravan in an adjoining enclosure for several years. "I remember best her lucidity talking about religious art, and the joy with which she lived her vocation," tweeted Reverend Richard Coles, a BBC Radio 4 co-presenter and the Chancellor of the University of Northampton.

Beckett was born in Johannesburg in 1930 and raised in Scotland. In the 1950s, she was awarded a congratulatory first-class degree in English literature by Oxford University. She joined a teaching order, the Sisters of Notre Dame de Namur, when she was 17.

In 2010, she told The Telegraph newspaper: “Nuns have to earn their living and I earned mine by doing medieval Latin translation. But I became unwell and asked the Mother Prioress if I could look at art until I felt better. Then I realised there are no livings to be earned by merely looking, so I decided to write a book, which drew the attention of the BBC. This is how my television career began.”

Her first book, Contemporary Women Artists, was published in 1988, and she went on to produce more than 25 publications including Real Presence: In Search of the Earliest Icons (Continuum). She added that Kurt Weitzmann’s The Monastery at Saint Catherine’s: The Icons, Volume One (1976) had influenced her the most.

Her television appearances, beginning with a 1991 documentary on the National Gallery in London for the BBC, turned her into a celebrity. These were followed by Sister Wendy’s Odyssey in 1992 and Sister Wendy’s Grand Tour in 1994, both for the BBC. Her spontaneous authoritative style, delivered in her nun’s habit, helped demystify masterpieces, attracting new audiences.

The novelist Sarah Dunant tweeted that “her eyes, her knowledge and her contagious enthusiasm, devoid of vanity or pomposity, made her a great communicator”. The BBC director of arts, Jonty Claypole, says that Sister Wendy had "a unique presentation style, a deep knowledge of and passion for the arts".