After Berlin’s Hamburger Bahnhof and London’s Tate Modern, the trend for converting industrial buildings into contemporary art spaces looks set to continue in the northern Italian city of Turin. The Officine Grandi Riparazioni (OGR), an H-shaped complex of 19th-century railway repair workshops covering an area of 35,000 sq. m, is due to reopen as a privately funded “arts and innovation centre” on 30 September with a trio of site-specific artists’ commissions and two weeks of free concerts.

The inaugural programme, billed as the Big Bang, “represents the beginning of [a] great regeneration,” says Massimo Lapucci, OGR’s director general and secretary general of Fondazione CRT, the Turin-based banking foundation that is backing the €90m project, in a statement. “In a historic place in the city where trains were once repaired, today ideas can regenerate.” The foundation acquired the workshops from Italy’s state railways in 2013, in partnership with Turin city council.

Repair will also be at the heart of the installation that the South African artist William Kentridge is making for the site’s eastern courtyard. The Procession of Reparationists, co-organised with the Castello di Rivoli, is the first of a series of public art commissions at OGR that will become part of Fondazione CRT’s 700-strong permanent collection. Proposed by Rivoli’s director, Carolyn Christov-Bakargiev, the parade of black metal sculptures is inspired by the building’s “industrial soul”, according to the organisers. 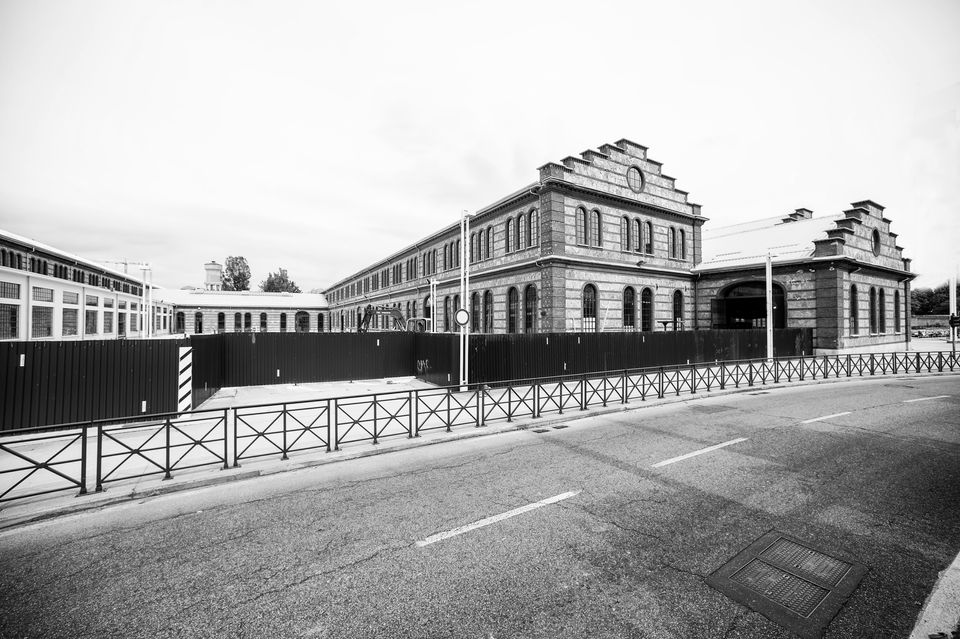 A 3,000 sq. m concert hall called the Sala Fucine will host At the Edge of Chaos (until 14 October), an interactive work combining sound, light and movement by the London-based art and design studio United Visual Artists (UVA), along with performances by the Chemical Brothers, Giorgio Moroder and David Byrne’s supergroup Atomic Bomb! Meanwhile, the Italian artist Patrick Tuttofuoco has collaborated with a local children’s charity to develop Tutto Infinito, a futuristic landscape that will fill OGR’s 2,7000 sq. m exhibitions gallery.

With half the building dedicated to art, theatre, dance and music (elsewhere will be a food court and rental space for local technology start-ups), OGR is modelled on “the international institutions that […] in our opinion have done the best job of bringing together and stimulating exchange between the visual and performance arts”, says the artistic director Nicola Ricciardi, citing Tate Modern, the Walker Art Center in Minneapolis and the Manchester International Festival. On the line-up for 2018 are solo shows for Tino Sehgal, Susan Hiller and Mike Nelson.

In November, coinciding with the return of Turin’s contemporary art fair Artissima, the programme will also have a strong local flavour. The Fondazione Sandretto Re Rebaudengo, which is celebrating its 25th anniversary this year, is co-organising the exhibition Like a Moth to a Flame (3 November-14 January), a “portrait” of the city’s historic collecting habits. The curators—the artist Liam Gillick, ArtReview editor Mark Rappolt and Tom Eccles, the director of the Bard Center for Curatorial Studies—are borrowing more than 50 works of art and hundreds of objects from Turin museums including the Museo Egizio, Museo d’Arte Orientale, GAM (Galleria Civica d’Arte Moderna e Contemporanea) and Castello di Rivoli.