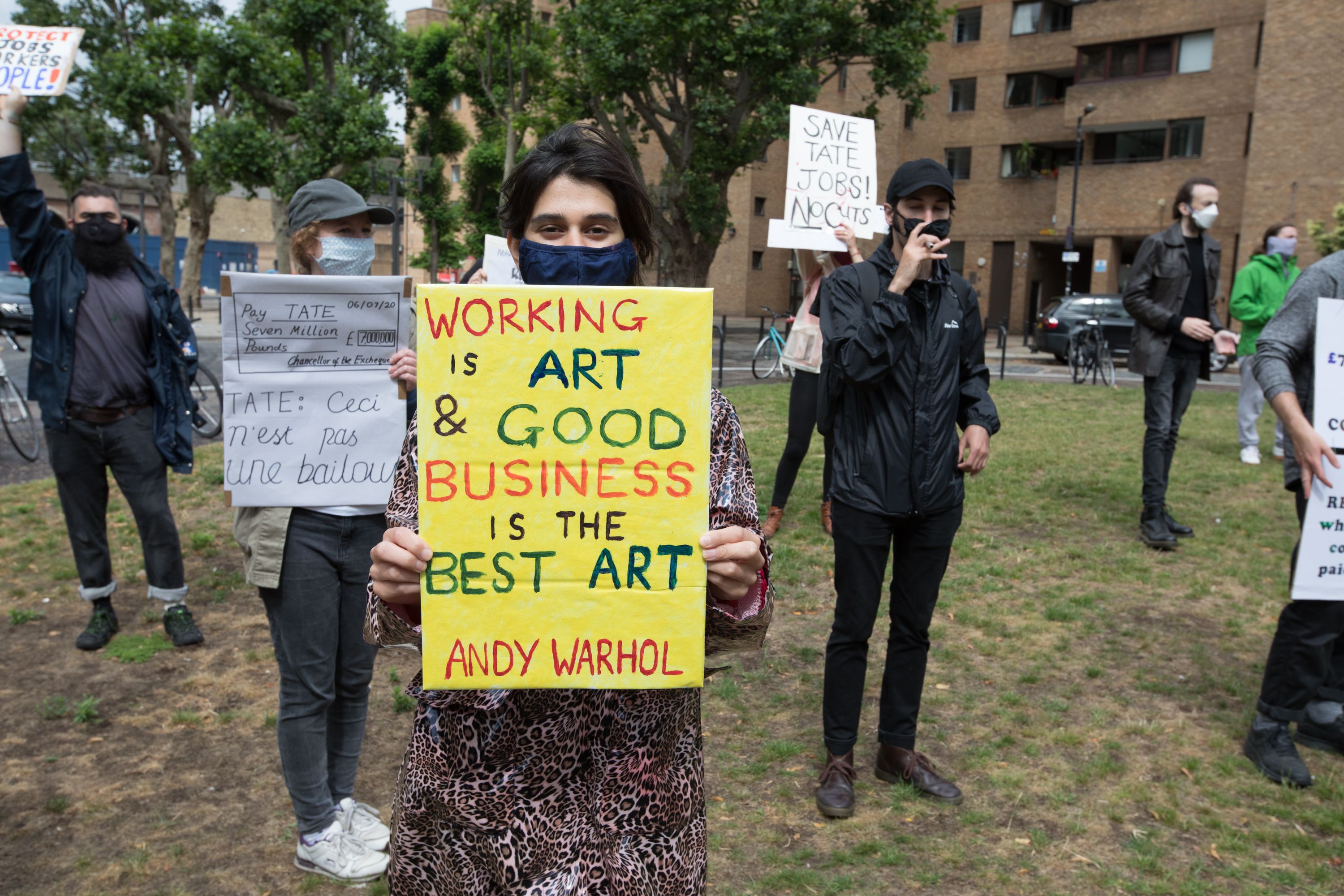 The ten recipients of this year’s Turner Prize bursaries have issued an open letter, saying that they “stand in solidarity” with the 313 workers at Tate Enterprises, the Tate’s commercial arm, who were made redundant last week. Ten artists each received one-off £10,000 bursaries in place of this year’s Turner Prize earlier this year; they include Liz Johnson Artur, Oreet Ashery, and Shawanda Corbett who posted the letter on social media.

The 2020 Turner Prize bursary artists say that “they are moved and grateful for the support” shown by Tate Britain but “are angered and disappointed that the same spirit of support is not being embodied by Tate Enterprises towards their staff”. The job cuts, which will be implemented by mid- September, directly contradict “Tate’s commitment to ‘champion the richness of art for everyone’,” they add.

The artists say that they support members of the Public and Commercial Services union currently on strike at Tate, and echo the union’s members by demanding that there are “no redundancies while anyone at Tate is paid more than £100,000.” Ten per cent of the extra £7m funding earmarked by the government should also go towards saving jobs, they add.

Maria Balshaw, the Tate's director, said last week in an email to staff that executives did everything they could “to save as many jobs as possible”, but that Tate “simply cannot afford to keep employing as many colleagues as previously” as the fallout from the coronavirus pandemic deepens. “The long-term drop in visitor numbers we are expecting for the foreseeable future, and the consequent loss of revenue, have left us no option but to resize our business in line with future demand,” she says.