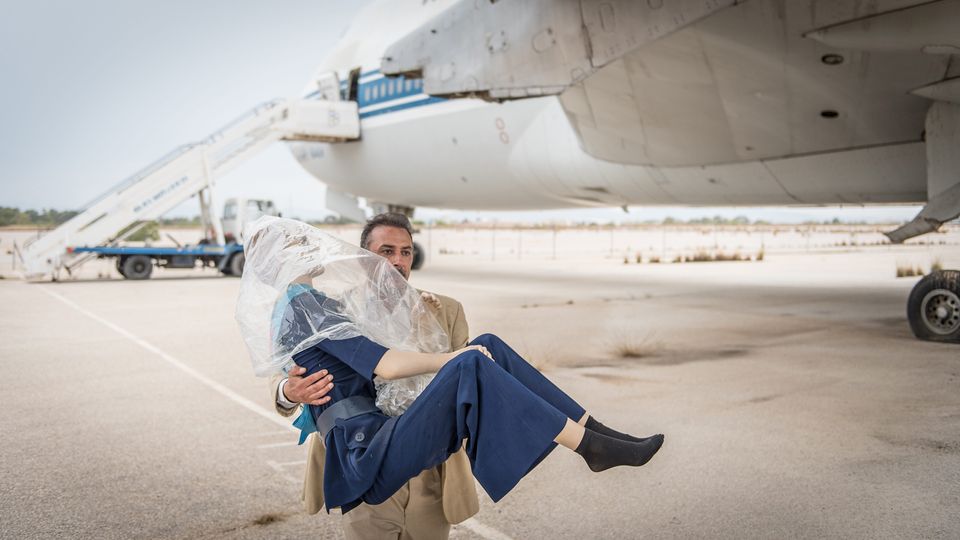 Tate Britain has announced a highly political selection of artists in line for the Turner Prize 2018: Forensic Architecture, Naeem Mohaiemen, Charlotte Prodger and Luke Willis Thompson. The shortlist highlights “how artists are tackling the most pressing political and humanitarian issues of today and how important moving image in varying formats has become in exploring these debates”, said the museum’s director, Alex Farquharson, at a press briefing today (26 April).

Formed in 2010 by the architect Eyal Weizman and based at Goldsmiths, University of London, Forensic Architecture currently has 15 members, including a filmmaker, a lawyer and a design technologist. Although the group has staged several exhibitions at art venues, including their participation at Documenta 14 in Kassel and the current survey at the Institute of Contemporary Arts in London (Counter Investigations, until 13 May), its data-driven spatial investigations into human rights violations and state crimes have supported court cases and official enquiries internationally. The research agency will represent the UK at the London Design Biennale this September with an installation documenting Isil’s genocide of the Yazidi people in Iraq. It is currently developing a “3D video” of the Grenfell Tower fire last June using crowdsourced smartphone footage, envisioned as a free online archive. 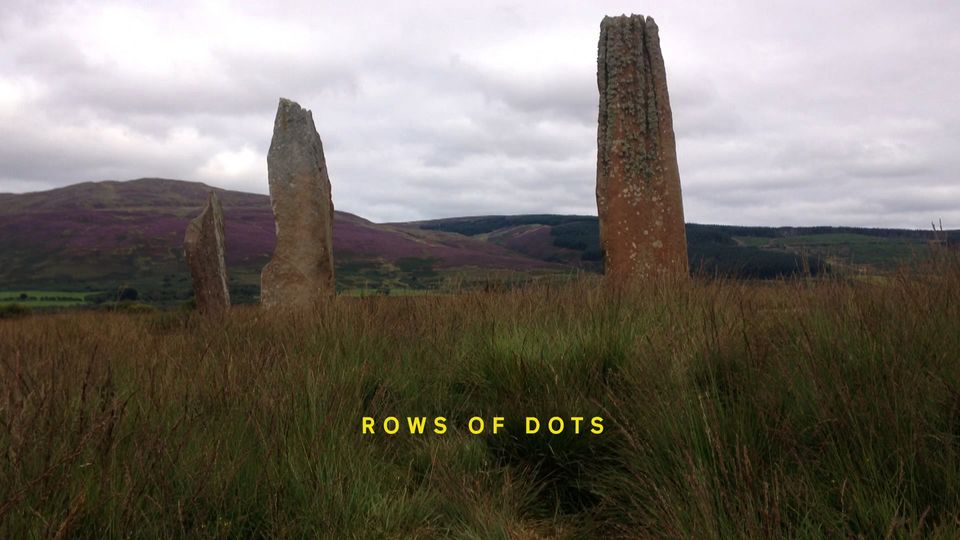 The iPhone is crucial to one of the two nominated films by the Glasgow-based Prodger, presented at her solo exhibition at Bergen Kunsthall last year. BRIDGIT (2016), named after a Neolithic Celtic goddess, was filmed entirely with a phone, which the artist uses daily to accumulate a personal archive. A composite of near-static shots alternating between landscapes in the Scottish Highlands and her home, the 32-minute work addresses “queerness, femaleness, personhood… what it means to be human”, commented one of this year’s judges, Lisa Le Feuvre.

A viral Facebook livestream of the aftermath of a police shooting was the catalyst for Thompson’s nominated film Autoportrait (2017), a new commission by Chisenhale Gallery in London. (At 30, he is by far the youngest of the nominees.) The Auckland-born artist produced a meditative black-and-white 35mm portrait of Diamond Reynolds, the woman who broadcast the moments after her partner, Philando Castile, was shot by a Minnesota police officer at a traffic stop in July 2016. Thompson developed the piece—conceived as a tribute to Andy Warhol’s 16mm Screen Tests—in collaboration with Reynolds as she awaited the outcome of the police officer’s trial. He was acquitted of manslaughter days before the Chisenhale show opened last June. The work is currently on show at the Photographers' Gallery in London (until 3 June), as Thompson is one of the four artists shortlisted for the Deutsche Börse Photography Foundation Prize. 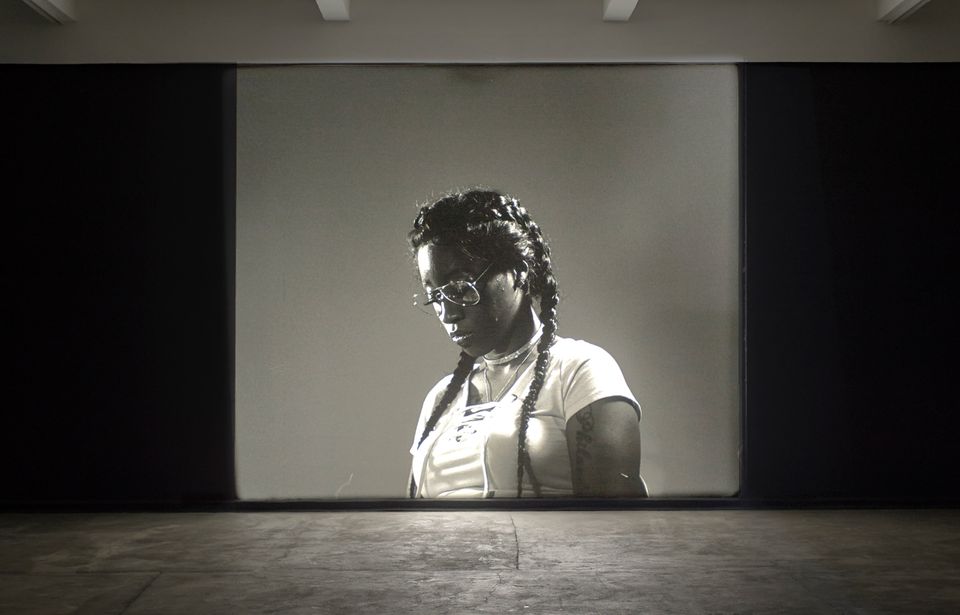 Mohaiemen, meanwhile, is selected for his exhibition at MoMA PS1 in New York and two films at Documenta 14, one screened in Kassel and the other in Athens. Tripoli Cancelled (2017), exploring a week in the life of a man who has spent a decade alone in an abandoned airport, is the artist’s first fiction film. But this metaphorical take on the migrant experience draws inspiration from the nine days when Mohaiemen’s father was stranded in a Greek airport in 1977 after losing his passport. The three-channel installation Two Meetings and a Funeral (2017), which will also be presented at the forthcoming Liverpool Biennial, tackles postcolonial identity in documentary form, looking at the Cold War power struggles that shaped newly independent Bangladesh.

The jury, chaired by Farquharson, comprised the art critic and international editor of ArtReview, Oliver Basciano; the director of the Kunsthalle Basel, Elena Filipovic; the executive director of the Holt-Smithson Foundation, Lisa Le Feuvre; and the writer Tom McCarthy, who is a visiting professor at the Royal College of Art. 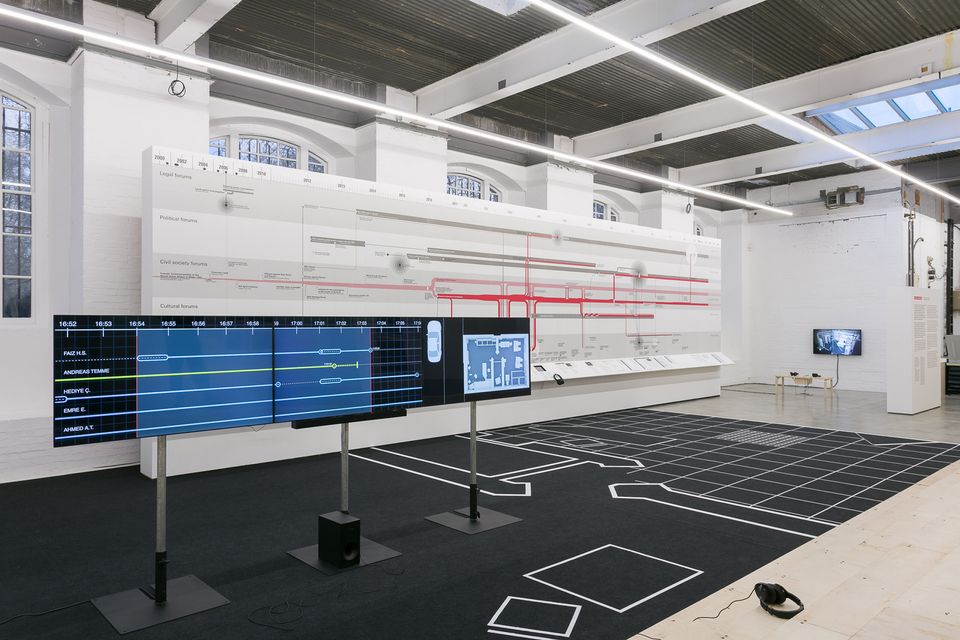 A new three-year sponsorship deal with BNP Paribas will offer free entry to visitors under the age of 25 during the first 25 days of the Turner Prize exhibition at Tate Britain (25 September-6 January 2019). The show returns to London this year after the last edition at the Ferens Art Gallery in Hull, the UK City of Culture 2017. The winner of the £25,000 prize (£5,000 will go to each of the runners-up) will be announced at an awards ceremony in December, broadcast live on the BBC.