Tutankhamun blockbuster will head to Boston

Treasures of the Golden Pharaoh, which opened in London this weekend, will also tour to Australia, Japan, Canada and South Korea 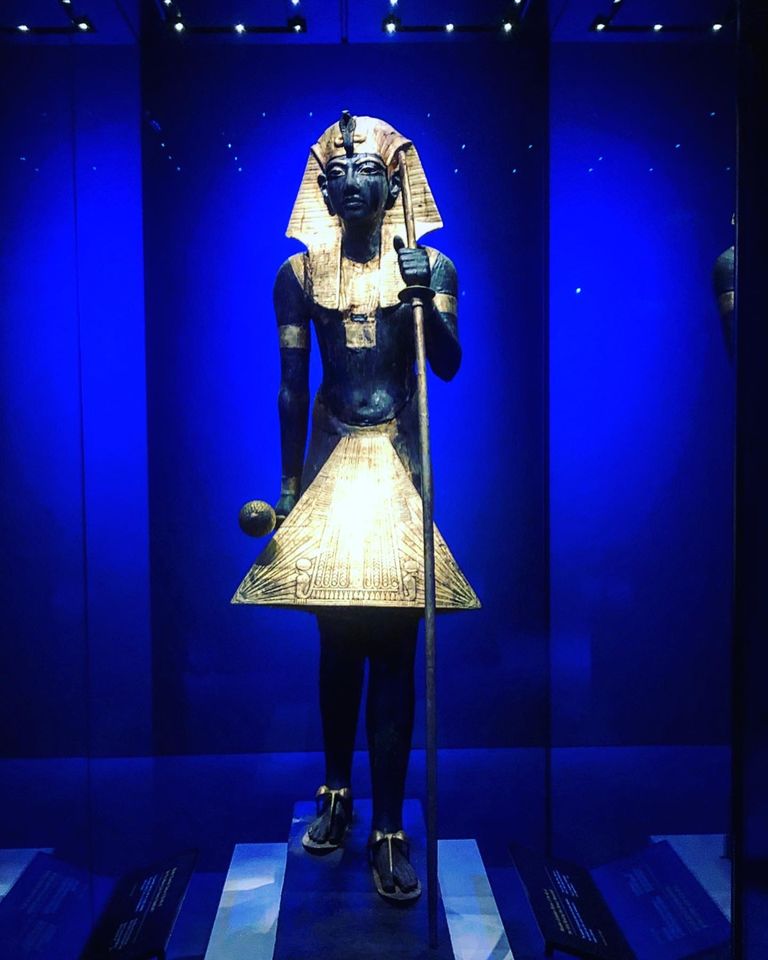 Wooden Guardian Statue of the King (around 1330BC), on show at the Saatchi Gallery in London Photo: Aimee Dawson

The touring Tutankhamun exhibition, which opened in London on Saturday, is to go to Boston. The Art Newspaper can report that the show of 150 objects from the pharaoh’s tomb will be presented at a major venue in the Massachusetts capital.

Initially Boston’s Museum of Fine Arts was approached to host Tutankhamun: Treasures of the Golden Pharaoh, but it lacked sufficient display space at the appropriate time. Zahi Hawass, Egypt’s leading archaeologist and author of the exhibition catalogue, says that the Boston museum simply “cannot take all these artefacts”.

A spokesman for IMG (International Management Group), the New York company which is organising the travelling exhibition with Egypt’s Ministry of Antiquities, confirms that “we are in conversation with venues in Boston, as well as in many other cities around the world”. He would not identify the Boston exhibition venue and whether it would go next year or later.

A Museum of Fine Arts spokeswoman says that “we’re thrilled that the exhibition is coming to the area, especially with our Egyptian collection, and that Bostonians will be able to see it”.

At the inauguration of the exhibition at London’s Saatchi Gallery, Hawass predicted that the show in the UK capital might well generate $10m for Cairo’s Grand Egyptian Museum, which is nearing completion and could open next year. He revealed that this was the sum that had been raised in Paris during the previous presentation of the Tutankhamun show at the Grand Palais, where it was seen by 1.3m people from March to September. Before that, the tour opened at the California Science Center in Los Angeles in 2018.

Hawass believes that in London “it will do as well as it did in Paris”. If Tutankhamun does raise $10m at the Saatchi Gallery, this would probably make it the most profitable exhibition ever held in the UK. Ticket prices for the show are £37.40 at peak times, considerably more than for blockbusters at the major London national museums (which are generally cost just over £20).

IMG says that by last Friday, the opening day, it had sold 250,000 Tutankhamun tickets. This almost certainly represents a record advance sale in the UK before an exhibition has opened.

The exhibition should also prove profitable for the Saatchi Gallery, which normally presents contemporary art. It is renting out the space to IMG.

Other future stops on the Tutankhamun tour include the Australian Museum in Sydney, as well as venues in Japan, Canada, South Korea and two other unnamed countries.

• Tutankhamun: Treasures of the Golden Pharaoh, Saatchi Gallery, London, until 3 May 2020