One of Russia’s most important icons, thought to be beyond repair, is the focus of an exhibition at the Grabar Art Conservation Centre in Moscow following its restoration (until 26 February).

Recent work on the medieval Bogolyubskaya Icon of the Mother of God, now in the Vladimir-Suzdal Museum in the city of Vladimir, revealed the piece’s original full-length image of the Virgin with her arms outstretched towards Jesus. The icon, dated to the late 12th century, is one of only around 30 surviving from the period; the Mongol invasions of Russia, which began in the 13th century, destroyed much of the country’s early Christian heritage. 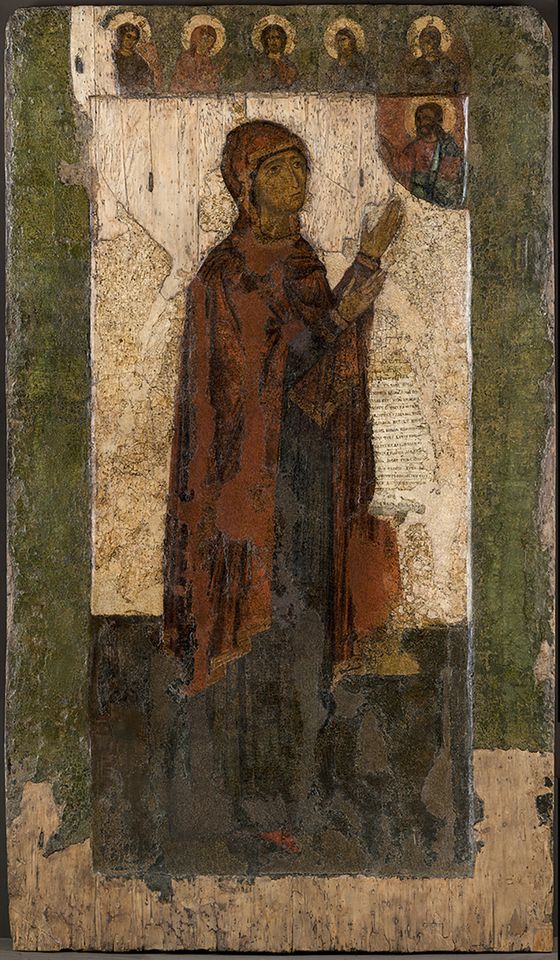 Bogolyubovsky Icon of the Mother of God

The icon had been described as an “archaeological ruin” by conservators who examined it in 1918. It has had more than 20 interventions in its nearly 900-year history (the average for an ancient Russian icon is three). The latest saw Aleksandr Gormatyuk, a Grabar conservator, make the 200km journey from Moscow to Vladimir to work on the piece as it was deemed too fragile to travel. Layers of wax and resin were removed to reveal the original paint, which helped confirm that Virgin’s face, clothing and hands were 12th-century. It was also x-rayed and 3-D scanned. “It’s probably the first time 3-D scanning was used [in the restoration of icons] in Russia,” Gormatyuk says.

As the icon is still too fragile to travel, the Grabar exhibition included a recreation of the original as well as images of its restoration. Svetlana Melnikova, the director of the Vladimir-Suzdal Museum, says that the icon’s newly-confirmed date establishes it as a central symbol in the transition from the Kievan Rus regime to the Muscovy regime. “It is impossible to overestimate the significance of this monument,” she says. 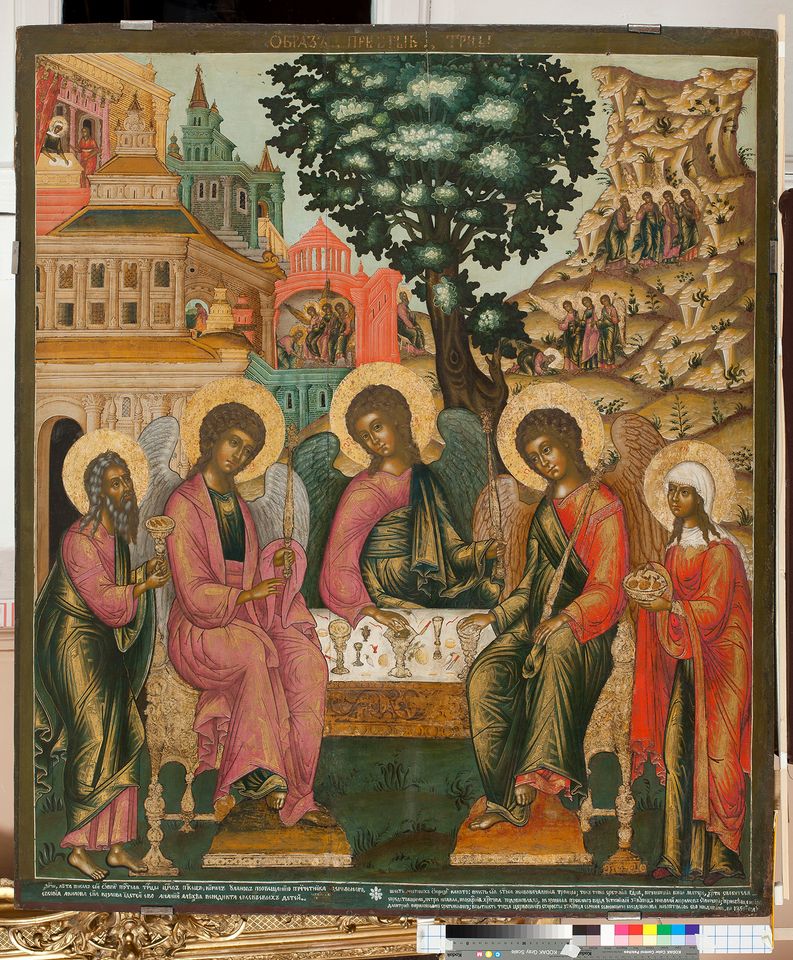 Meanwhile, on display until 10 March at the Museum of Russian Icons in Moscow is the Old Testament Trinity icon (1690) by the Kremlin Armoury Chamber artist Kirill Ulanov. It is one of the few surviving examples of Ulanov’s early work and is one of the most valuable icons ever repatriated to Russia. It was stolen from a local museum in Russia’s Vologda region, north-west Russia, in 1994.

The collector and founder of the icon museum, Mikhail Abramov, bought it from a German collector who did not know it was stolen. Abramov returned it in 2012. Despite its disappearance for two decades, the piece is in good shape, with only minor chipping and scaling of the paint.