From a steam cog railway to the baroque Venetian palazzo abandoned by the Armenians , Europa Nostra chooses candidates for its 2021 Seven Most Endangered Sites list 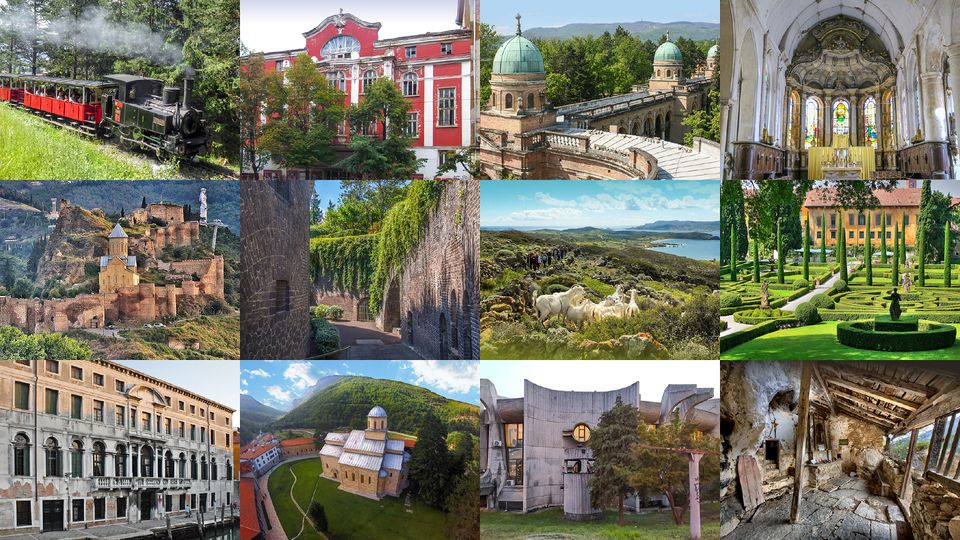 Europa Nostra, Europe’s most prominent heritage lobbying organisation, has announced 12 candidates for its 2021 Seven Most Endangered Sites list. They make for interesting reading because each encapsulates aspects of major trends and events facing our society.

The church of Saint Denis in the Pas de Calais region of France, near the English Channel, is falling to pieces because of the general European decline in congregations and the consequent lack of money to maintain religious buildings.

The late 17th-century Ca’ Zenobio, one of the finest baroque palazzi in Venice, has been without support since 1997, when the Armenian monastic order that used to send students withdrew after 120 years due to the problems facing Christians in the Middle East.

Five beautiful islands in the South Aegean have been declared an “energy park” by the Greek government and are to be covered by wind turbines, while the oldest cog railway still using all its original 1889 machinery, including steam engines, at Achensee in Tyrol, Austria, went bankrupt last spring because Covid-19 has killed the tourist industry.

Like the eight other sites, these have all been nominated either by local branches of Europa Nostra and associated bodies, or other public or private cultural organisations. Saint Denis, for example, was nominated by Future for Religious Heritage, the European network for historic places of worship, which is a member of the European Heritage Alliance.

Europa Nostra does not fund the solutions to these problems but is effective at drawing attention to them. With its partner, the European Investment Bank Institute, they visit the sites and draw up expert technical and financial reports, which are then passed on to the relevant authorities and media.

In its report on the programme the organisation records that where the sites are in danger due to neglect or misguided planning it has managed to chalk up some notable successes since the listing scheme was launched in 2013. The Art Nouveau synagogue in Subotica in Serbia, for example, is now being restored with funding from the Hungarian government, the British Headley Trust and the town of Subotica itself.

But the report admits that it has had less success in influencing major public policy, as in the case of the flooding of the ancient city of Hasankeyf in Turkey due to the Ilisu dam project, or the Venice lagoon, which, in 2016, Europa Nostra declared to be in particularly acute danger. Nonetheless, the forceful speech at the 2019 World Heritage Committee meeting by Sneška Quaedvlieg-Mihailović, secretary general of Europa Nostra, calling shame on Unesco’s inaction, was an authoritative public expression of disgust at Unesco’s failure to live up to its founding ideals.

The 12 most threatened heritage sites in Europe are: