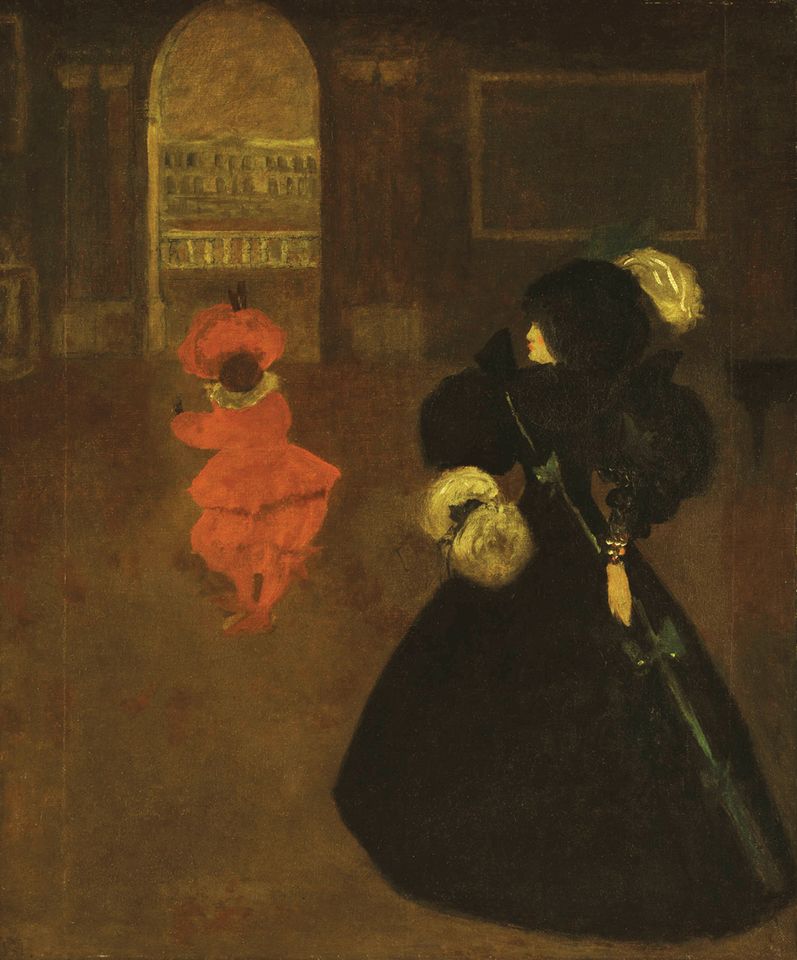 Aubrey Beardsley’s Caprice (around 1894) is the painting Tate Britain usually displays, but curators believe he favoured Masked Woman with a White Mouse Courtesy of Tate

Aubrey Beardsley (1872-98), the go-to illustrator of “naughty nineties” England, is only known to have painted two pictures during his brief yet prolific career, and Tate Britain is fortunate to own both of them. The catch is that the London museum has only shown one in the ten decades since they entered the collection. The reason: Beardsley used the same canvas to paint two pictures—one on the verso and the other on the recto. Thanks to the efforts of Tate conservators and curators, visitors to the museum’s major exhibition on Beardsley, which is due to open on 4 March, will finally be able to see both paintings.

For nearly a century, the Tate has displayed Caprice (around 1894), a somewhat disquieting depiction of a dwarf leading a woman towards an archway, which is based on a series of drawings Beardsley created for the popular British journal The Yellow Book when he was the publication’s art editor. But the Tate curators Caroline Corbeau-Parsons and Alice Insley, who have co-organised the show with the art historian Stephen Calloway, believe Beardsley favoured the painting on the reverse, Masked Woman with a White Mouse (around 1894). “We know he displayed this side in his home in Pimlico, which suggests he actually preferred it,” Corbeau-Parsons says. Although the existence of Masked Woman on the recto has long been known, the exhibition will be the first chance for many to see the picture. 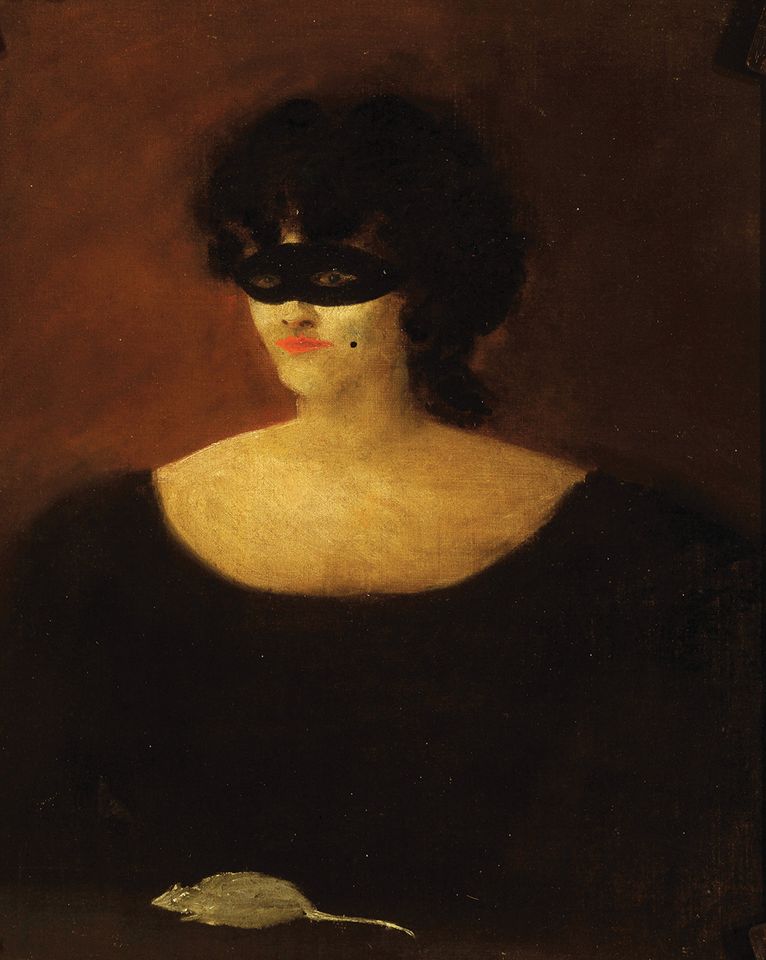 Curators were keen for both paintings to be displayed in the show—the largest on Beardsley since the 1960s—so the Tate has constructed a special case for the canvas that enables it to be freestanding, allowing visitors to see and compare both sides. Corbeau-Parsons says the aim is to show the canvas like this permanently at Tate Britain after the exhibition, so the public will always be able to enjoy both of the artist’s only known paintings.

The canvas was sent to the conservation studio ahead of the exhibition. As well as surface cleaning the paintings to remove a build-up of dirt, strips of paper applied to the wood stretcher as a preventive measure during an earlier restoration were removed, says Alma Jongstra, the assistant paintings conservator. Corbeau-Parsons notes that these are dark, moody paintings and that removing dirt or discoloured varnish can only do so much: “Beardsley’s contemporaries described [the masked woman] as a leaden woman, so her complexion is never going to be rosy, even after cleaning.”

Jongstra thinks that Beardsley painted Caprice first, because removing the canvas from the frame showed that the painted surface of Masked Woman does not extend beyond the stretcher bars. She also notes that he primed the side of the canvas for Caprice but not for Masked Woman. “This adds to the overall moody effect,” she says.